Going shopping is one of the nicest things to do during your free time. But if you think you need to spend a lot of money in Italy to get real good buys, you’re wrong, as there’re loads of places where to find beautiful objects and clothes for relatively cheap. One of the quirkiest places to go are the mercatini dell’usato, second-hand markets, which have also become very popular among fashionistas and collectors.

From books to clothes, from house bric a brac to  objects for hobbies and toys, you can really get lucky and get a treasure in any of their charming little stalls.  Mind, though:  when antiques are concerned, there are usually ad hoc markets organized for collectors.

Wherever you go in Italy, you’ll always find a town or a village with an open street market. The mercatini dell’usato are high in number, but they differ in types: besides the standard, second-hand markets selling clothes and objects, we also find another conventional type of market: the mercato delle pulci, flea market.

Unlike second-hand markets, the mercatini delle pulci have historical roots, since they appeared a long time ago, and they are usually associated to very specific types of objects. The expression itself, mercatino delle pulci, has a rather a derogatory meaning since, usually, low-value things can be found on its stands; so, when people think of products bought at the mercatino delle pulci, they usually assume they are things of little value and, sometimes, useless. Often, this kind of markets can be a good destination for collectors of all that can no longer be found anywhere else, such as old newspapers, magazines and little things fashionable in 80’s or 90’s. 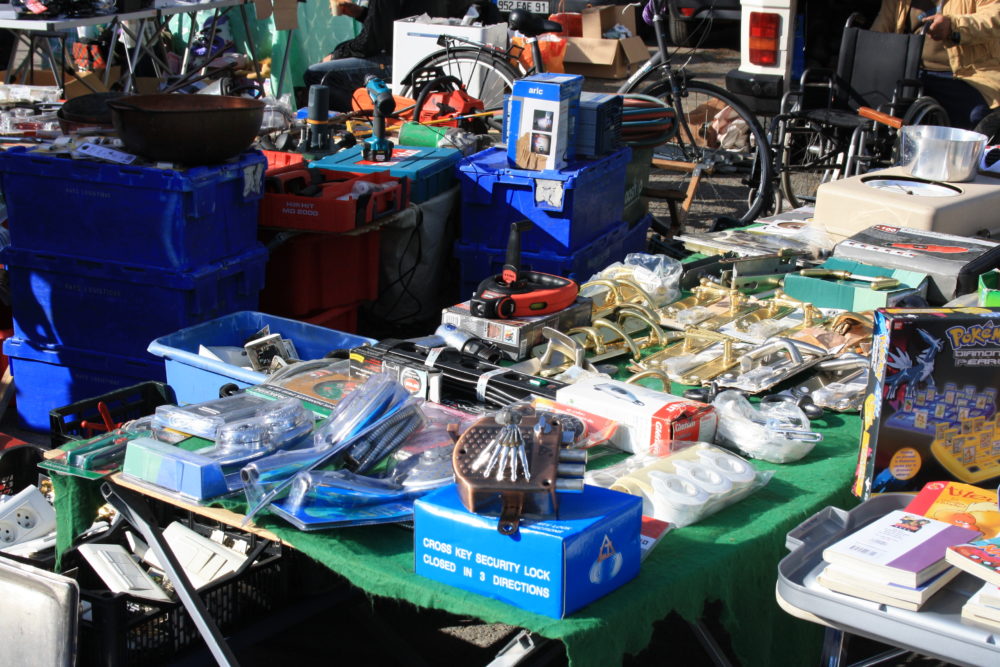 This is  a brief list of some of the second-hand markets you will find in Italy. Keep yours ayes open for more locations, though: because of the hard economical times, people have been trying to save and make the most of what they own and no longer need, which means many villages have, today, second-hand markets.