In time of crisis Italy swaps

We know that the economic crisis is booming almost all over the world. Italy too is not living rich moments but people are trying to cope with this situation re-inventing what is actually the oldest system of good exchange: the barter. Following the boost of the swapping economy promoted in the USA, Italians too are giving away their old things to take the ‘new’ ones. 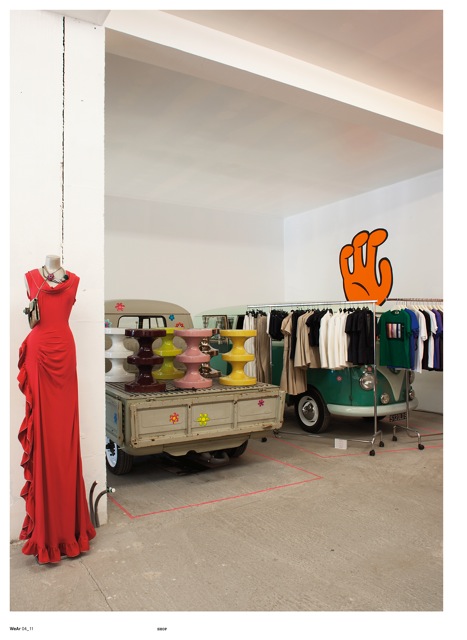 Buying goods without using money has recently become a fashion trend in big towns and also a system to save by giving away things that are not needed anymore. Barter is now increasing considerably and according to some data more than one hundred thousands of products are exchanged in several fields making it a developing trend. More than a million Italians from the North to the South of the country are being involved in what has been defined the self-consumption ignoring the theory of the earnings based on liquid assets. This trend, according to experts, has particularly involved the basic goods concerning daily life: from food to clothes.

Some recur to it simply because they are fashion addicted and want to join the swap system to find vintage clothes and accessories. However, the goods exchanged and the age of the exchangers vary considerably; almost all kinds of products are swapped and this trend is even involving the labour market, making some workers offering labor for some basic goods to small firms.  The culture of barter is more widespread in big towns where swap parties are also organized: participants bring what they want to exchange it in line with the theme of the party, but most of the times after the payment of an entrance fee.

This new philosophy of life has stepped into Italian people’s life at the beginning of this year and up to now more than 600 thousands of goods have been exchanged. However, not only goods but also services and knowledge have become a means of swapping. People offer their know-how in change of other types of services; for example, hotels rent their rooms without asking money, but they ask people which services they are able to offer for that room. In November a whole week was destined to this specific type of swapping entitled “prima settimana del baratto” (first week of barter). Several Bed and Breakfast hotels, about three hundreds, offered an overnight stay in return for things such as room painting, a dinner cooked by customers and many other types of services.

Within this swapping communities there are also websites who have invented a new form of payment, a fictitious currency, which sets the value of goods; nevertheless, the exchange will always be based on the barter and that is only a system to evaluate how much a good is really worth and if the exchange is convenient. This new type of trading involves a particular type of audience; actually, by analizing the kinds of consumers exchanging on the barter websites, it has been detected that the most frequent average age  of the swappers ranges from 30 to 50 years old; the majority of them are women, but men are not excluded from this re-invented business. Moreover, estimates say that the number of people joining this economic form of exchange is supposed to increase considerably in the next period.

That of barter is now becoming almost a growing-up fashion; however, behind it there is the mirror of the economic situation of a country that is not living very rich moments. The Italian swapping system simply reflects an evolution in the choice of the consumer and the awareness that the lack of economic prosperity is leading people to save money and recur to what is known as the most ancient form of payment. No matter your nationality, if you want to join the Italian barter community just start bargaining!