An Italian’s love for Harley Davidsons

This good old friend of mine, Rodolfo Roiati, lives in Rocca Priora

(a nice mountain town right outside Rome, placed in the Roman Castles)

right around the corner from my me, has his 9th motorcycle of which

most were Harley Davison. 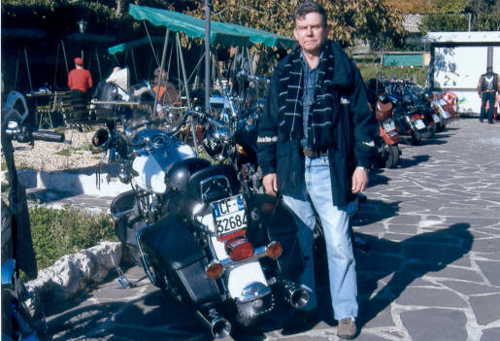 bike riding on his back (or should I say “rear end”). Rodolfo started

cc, two Road Kings 1450 cc. and, somewhere in the middle, a Moto Guzzi

“California” (1992) with side car shown below. Now he is a proud owner 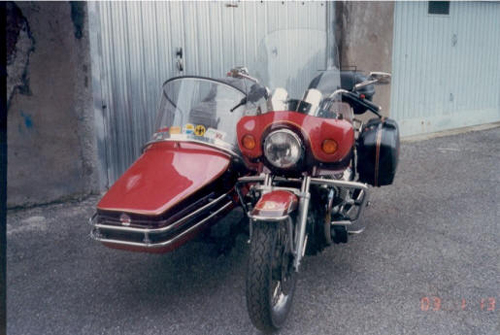 He is also a member of the Alitalia Motorcycle Club, Harley Davidson

HOG Club, goes in all the Italian and European meetings. He is a biker!! 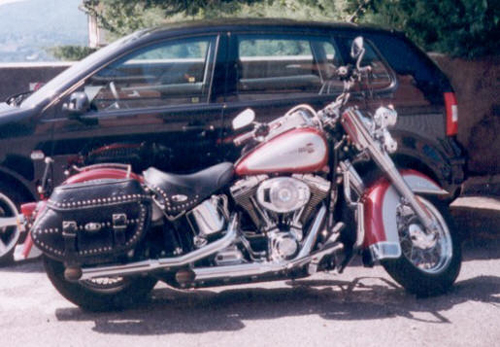 the road to a bike meeting in Castel Gandolfo (the Pope’s summer residence).

in while. Being an Harley Davidson man himself, he invited all the “wild

bunch” for a last (free)lunch. So we are meeting in Frascati, another

town in the Roman Castles about 12 miles from Rome. 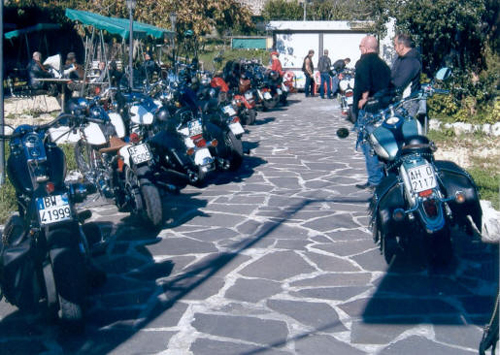 Let me tell you that 99% of them are Harley Davidson men. All the

rest are welcome, of course but they all looked like Harley Davidson

Rodolfo is an “easy rider”. Never speeds nor does take useless risks.

Very in love with his Harley Davidson, he cleans it every day, especially

the chrome fixtures. All parts he added are Harley Davidson original

imported from the USA. 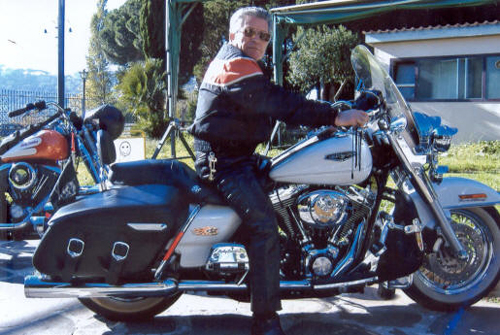 Well, Rodolfo, keep it up and thanks for all the beautiful rides

we had and will have in the future.