Who hasn’t, at least once in their lifetime, enjoyed the surprising and unexpected talents of a street artist? If it is true that many talented performers find it hard to make it big in the arts’ world, some decide to try their luck by performing on the street.

The city of Torino created an initiative celebrating street artists: they may never reach full on popularity, nor will they become rich, but their talent certainly deserves to be showcased. This is the 11th edition of the Festival Internazionale del Teatro di Strada, the international festival of street art, the aim of which is to make street performers  and their art known, as well as to involve the public through workshops and performances. Some of this year’s classes included “hula hoop”, “bolle di sapone”, “prepara la tua bici pazza”, “costumi di scena” “bolle di sapone: speciale mamme papà nonni e bambini”.

“Hula hoop” is a free workshop, based on several dances and types of hula hoop activities; bolle di sapone, soap bubbles, is a lab where experienced people teach how to create unconventionally shaped soap bubbles, a fresh take on an old classic game; “prepara la tua bici pazza“, create your crazy bike, allows people to create an original bike starting from their ordinary bike: the best creations will be paraded during the festival.

In the lab “costumi di scena”, the participants prepare special costumes to be exhibited in the festival parade; like the lab soap bubbles, “bolle di sapone: speciale mamme, papà, nonni e bambini” (soap bubbles: mums, dads, grandparents and children edition) involves the participation of the whole family and it is an occasion to spend some time and have fun together. 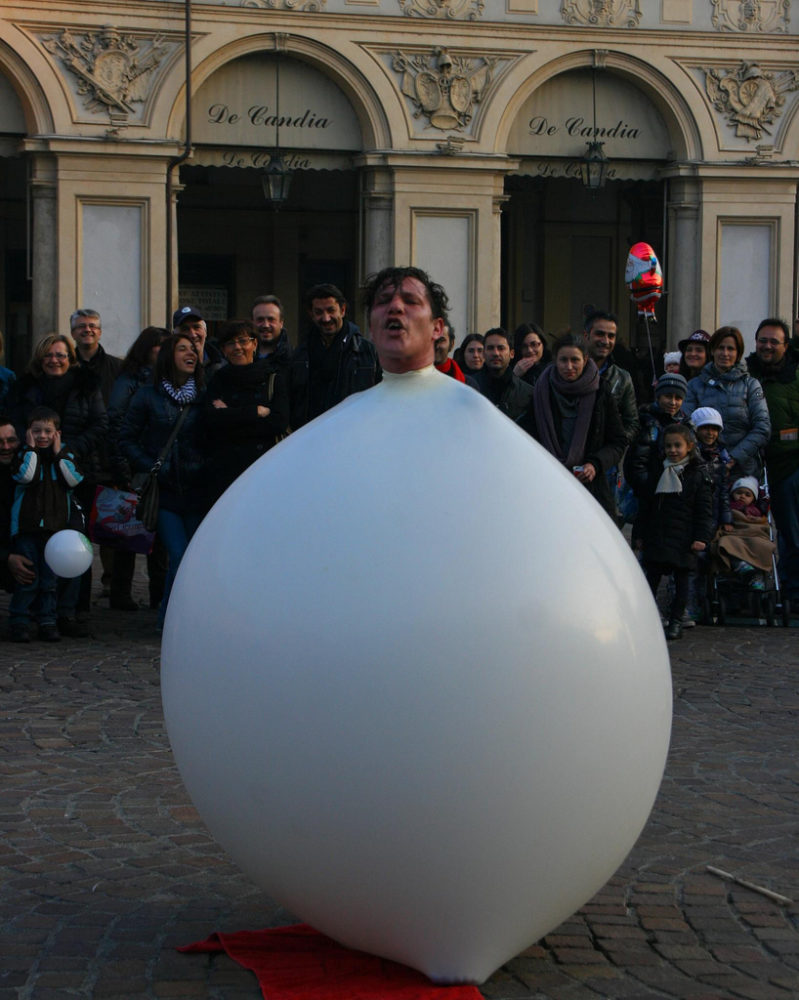 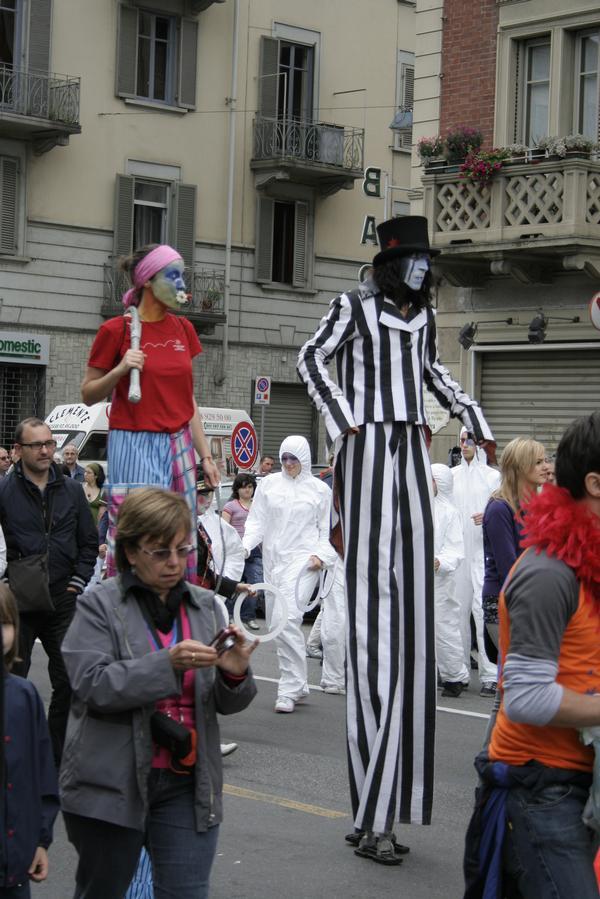 Apart from labs, some professional workshops are organized; the theme and topic is never the same but creativity is always on the agenda. The 2012 edition saw four main workshops: “L’attore e la strada con Giorgio Donati” based on the movement and scenic presence of the actor on stage; giocoleria-antipodismo con Emilia Tau: a workshop on expressionist juggling; palo cinese in relazione al teatro fisico con compagnia Ibonobi: a lesson on  Chinese Pole; ricerca vocale con Silvia Laniado: a lesson on vocal exercises.

The parade and the show

The climax of the festival is reached during the parade and the show. The parade is a moment of meeting between artists and citizens, where many of the creations produced during the workshop are shown to the public.

The show focuses on professional performances by experienced and renowned artist working in this field and coming from every part of the world. The dates of the event are not fixed; this 11th edition took place from 18th to 24th June, but dates may change for next year’s edition.

If you want to have more information on the event visit the following website:www.justforjoy.it