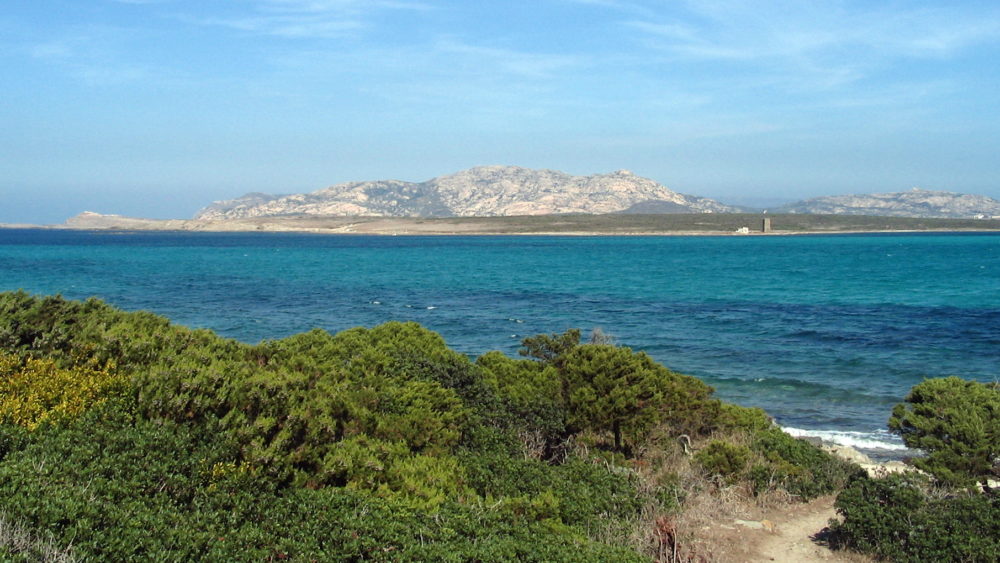 In Sardinia is an island that has a decidedly Blue Lagoon-esque vibe with stretches of untouched beaches and crystal clear water. Asinara is the second largest island in Sardinia and used to be known as “Devil’s Island,” because the picturesque island was used as a place for quarantine, a camp during World War One, and as a high security prison in the 1970s and 1980s. Today the island and its diverse flora and fauna are part of the Asinara National Park, founded in 1997 to protect the natural habitats, endangered species and largely virgin areas on Asinara. The island has a typically Mediterranean climate, with rocky cliffs on its western coast and small beaches and wide inlets to the east, and is full of sprawling vistas and pristine natural elements. 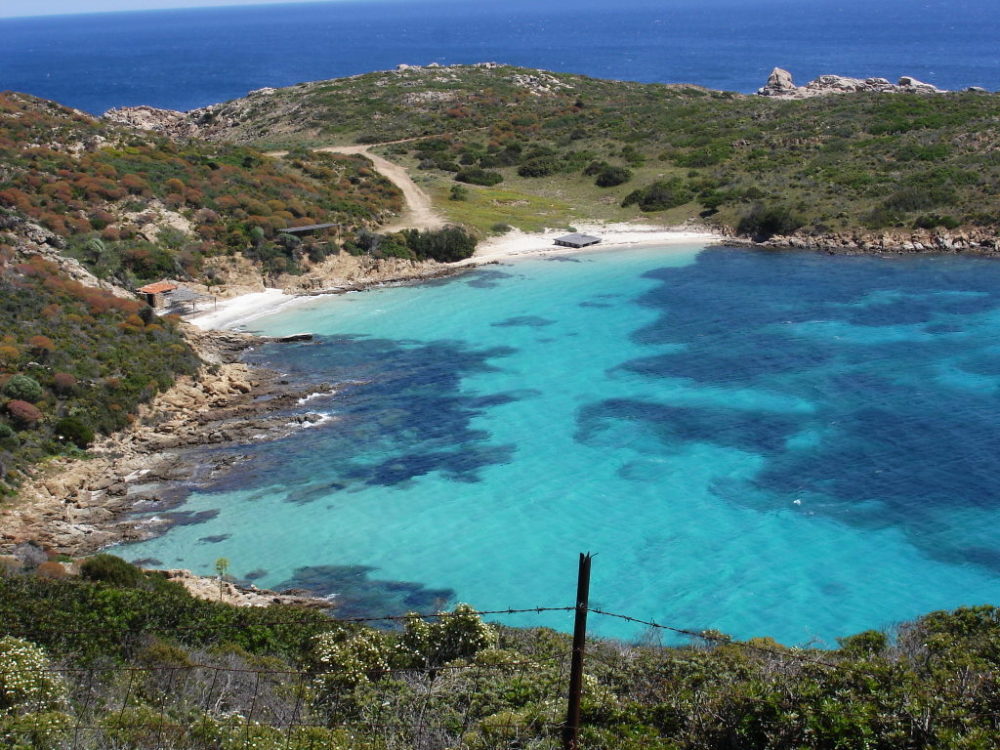 Not much is known about the history of Asinara because the island has been largely isolated over the years. A lot of the history of the area has been passed down orally through generations rather than having been recorded by traditional more means. Recently Sassari’s archaeological government office began a historical and archaeological campaign that consists of various research activities to uncover the details of the island’s past. While some archived documents have been found, and historians have managed to reconstruct some of the historical events that took place, much work still needs to be done to fill in the blanks.

The late Neolithic tombs called domus de janas or “fairy houses” found on Asinara give an idea of how far back the island’s history stretches. The tombs were dug out of rock and prove that people lived on the island as far back as the Neolithic Era. Structures like the Sant’Andrea Monastery and the Castellaccio on the Punta Maestro in Fornelli date back to medieval times. Proof of man on the island in the 17th century can be found in the evidence of the community of shepherds and fishermen that settled near the town of Fornelli. Much later, during the First World War, the island was used as a labor camp and it was utilized as a high-security prison until the national park was founded in 1997. 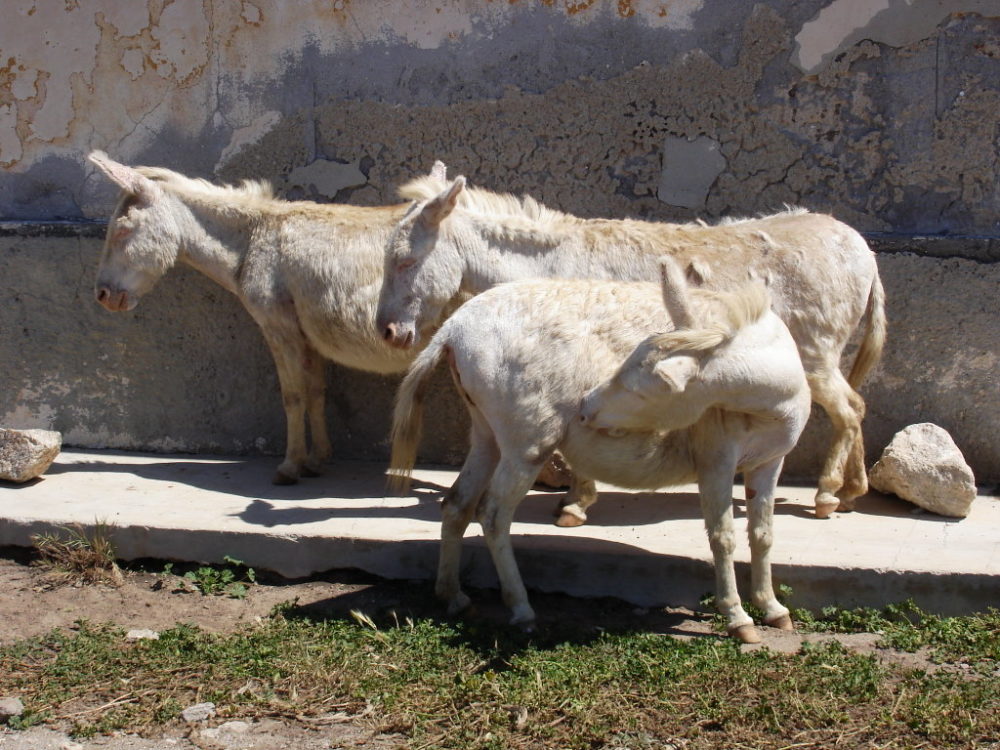 There are many important plant species to be found on Asinara and one important study, conducted by Bocchieri in 1988, found that there are well over 700 different botanical species in the park. Unfortunately, in recent years exploitation on Asinara has affected the botanical landscape of the island. Almost half of the national park’s flora consists of Scrophulariacae, Umbelliferae, Gramineae, Leguminosae and Compositae.

Historical documents indicate that the animal life in the park has consisted of species like Corsican red deer, osprey, Mediterranean monk seal and mouflon. Today more than 80 different species of amphibians, mammals and reptiles can be observed on the island. The park’s international profile has also been enhanced by the rare animals that can found here–everything from the Albino donkey and pygmy Algryoides to  Sardinian Barn Owls and Cirl buntings. Several of these species are close to extinction and are so rare that many visitors to the park never lay eye on them. The park has devoted itself to protecting these animal species.

Aside from the island’s dazzling natural beauty there are several fascinating places to see if you are visiting the Asinara National Park. The Fornelli area of the island can be reached both by road and sea. One place you can visit is the prison, which was originally built in the 19th century and has a beautiful garden at the entrance that was created by inmates in the 1980s. You may also want to visit La Reale, which used to be known as Lazzaretto, the center used by ships to quarantine their infected crews. The area was also used by the royal Savoia family when they frequented the island. The entrance of the beautiful Palazzo Reale, famous for its stunning architecture, is considered the seat of the national park. 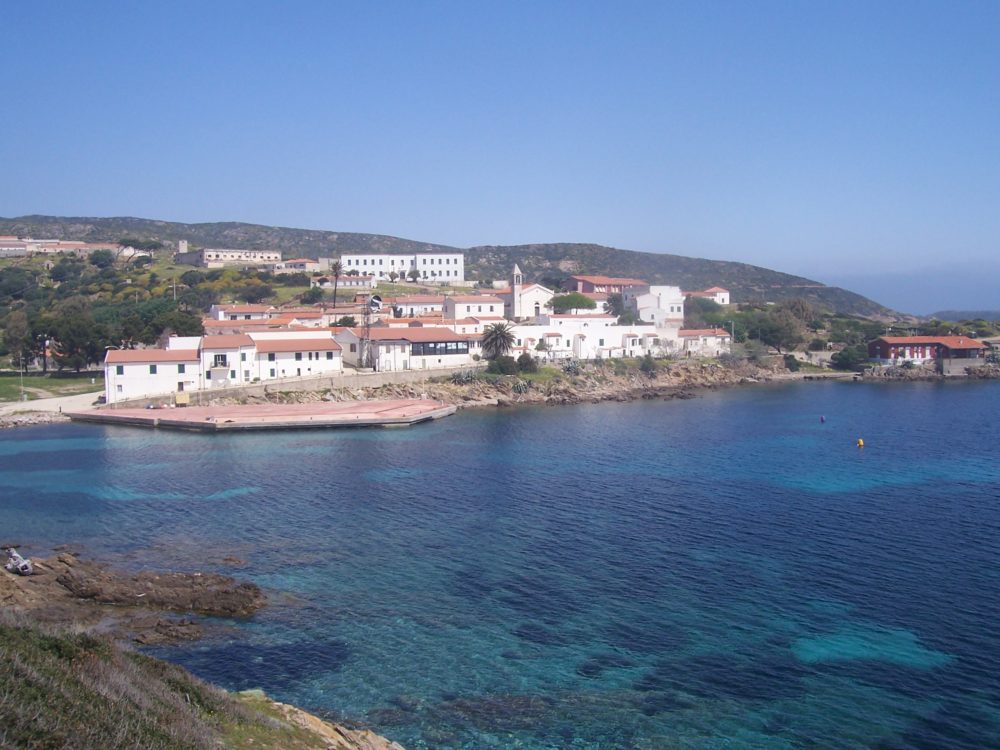 Cala d’Oliva is a charming small village of cobblestoned streets dotted with many low rise buildings in its older area. The new section of the village has slightly larger, beautiful buildings including official buildings and the national park’s guest park. In the center of Cala d’Oliva a small square can be found, marked by an old church. Visiting the village is a perfect way to become better acquainted with the lives of the locals in a small coastal Italian village.

The Asinara National Park protects the island of Asinara and its beautiful flora and fauna, many of which are quite rare and can’t be found in other parts of the world. The national park provides an insight into the unique landscape and the local lifestyle of this Italian island, which was isolated for so long. The natural beauty of the island, paired with its other unique sights and flavors, makes it an ideal place to visit.