Wine, the nectars of the gods…

Ok, I know it was ambrosia, but let’s face it, we think of good old vino as a drink fit for all deities, so we may well just steal the definition and use it for our own purposes, right? We enjoy drinking it and we may like to learn about its history, but we may not often think of it as the subject of literature of aphorisms. In truth, wine has been inspirational to many an artist and its qualities have been praised by many outstanding personalities. Don’t you believe it? Well, then read on… 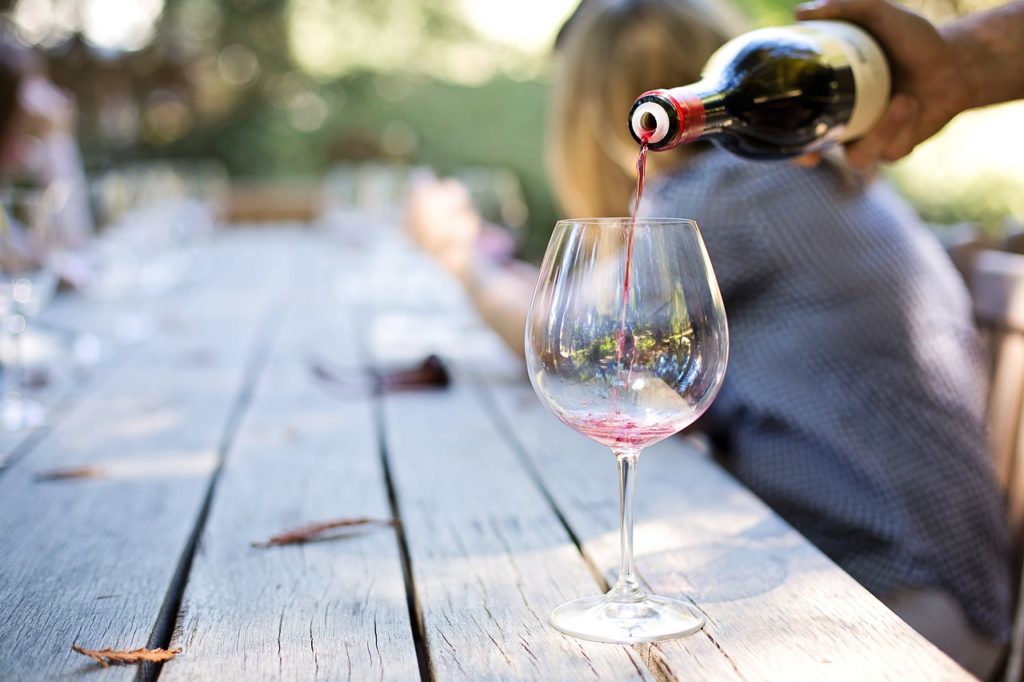 “A man will be eloquent if you give him good wine,” Ralph Waldo Emerson, American essayst and writer

“Wine is the most civilized thing in the world,” Ernest Hemingway, American novelist

“Good wine is a necessity of life for me,” Thomas Jefferson, third president of the USA

“Beer is made by men, wine by God,” Martin Luther, German theologian

“Come quickly! I am tasting stars!” Dom Perignon, creator of champagne, upon tasting it for the first time

“Hardly did it appear, than from my mouth it passed into my heart,” Abbé de Challieu, champagne lover, also upon tasting it for the first time

“If food is the body of good living, wine is its soul,” Clifton Fadiman, tv personality

“A bottle of good wine, like a good act, shines ever in the retrospect,” Robert Louis Stevenson, Scottish novelist

“The wine cup is the little silver well, where truth, if truth there be, doth dwell,” William Shakespeare, British playwright and poet

“A man fallen on hard times sold his art collection but kept his wine cellar. When asked why he did not sell his wine, he said, ‘A man can live without art, but not without culture,’ “ Anonymous

“My only regret in life is that I did not drink more Champagne,” John Maynard Keynes, British economist

“In wine there is truth,” Pliny the Elder, Roman general and writer

“Compromises are for relationships, not wine,” Sir Robert Scott Caywood

“Pour out the wine without restraint or stay. Pour not by cups, but by the bellyful. Pour out to all that wull,” Edmund Spenser, British poet

“A man not old, but mellow, like good wine,” Stephen Phillips, British poet and dramatist

“And Noah, he often said to his wife when he sat down to dine, ‘I don’t care where the water goes if it doesn’t get into the wine,’ ” G.K. Chesterton, British writer and poet

“If God forbade drinking, would He have made wine so good?” Cardinal Richelieu, politician

“Wine is the most healthful and most hygienic of beverages,” Louis Pasteur, scientist

“What though youth gave love and roses, age still leaves us friends and wine,” Thomas Moore, British philosopher and politician

“I’m only a beer teetotaler, not a champagne teetotaler. I don’t like beer,” George Bernard Shaw, Irish playwright

“Give me wine to wash me clean of the weather-stains of care,” Ralph Waldo Emerson, American essayst and writer

“…then the streams would run with wine instead of water and the whole forest would give itself up to jollification for weeks on end,” C. S. Lewis, British novelist, in The Lion, the Witch and the Wardrobe

Beyond the wine, that we in Italy love so much, if you need more inspiration about this beautiful country, do not miss the Italy quotes either!