Cheese Spoils the Taste of Wine

Don’t waste your money on quality wine if you also intend to eat cheese at the same time. New research conducted at the University of California, Davis shows anyone who eats cheese first will find it nearly impossible to distinguish the subtle tastes which are the hallmarks of a quality wine. According to a report in the publication New Scientist, UC Davis scientists Bernice Madrigal-Galan and Hildegarde Heymann found that the taste of cheese suppresses the flavors of most wines. 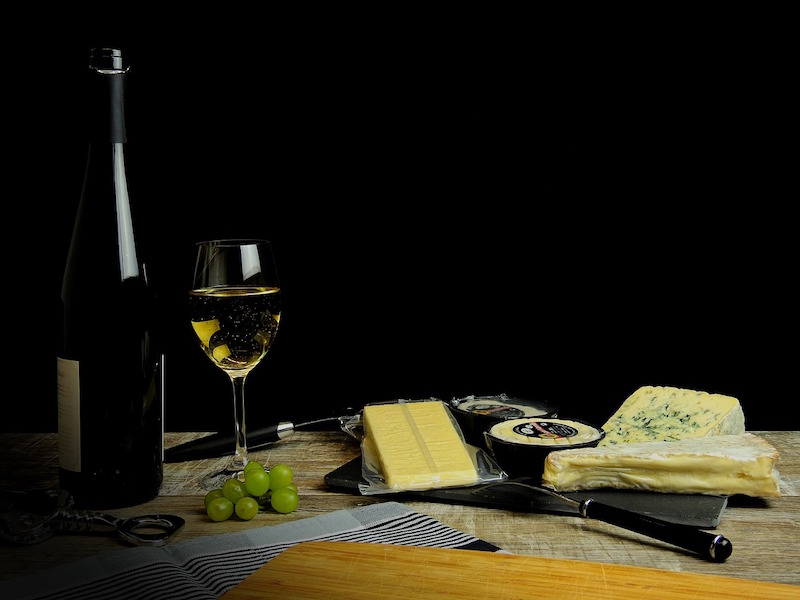 During the experiment trained wine tasters were presented with four varieties of cheap and expensive wine. The strength of flavors and aromas in each type of wine was tested by the tasters, both alone and preceded by eight different cheeses. Berry and oak flavors, as well as sourness and astringency, were suppressed by the taste of the cheese. The only aroma that was enhanced by cheese was butter. According to the researchers, that is probably because cheese contains the molecule which is responsible for a buttery wine aroma.

The best Chardonnay, which many say comes from the Burgundy region of France or California’s Carneros District, is one wine which has a buttery characteristic to its aroma and flavor. Bourgeron is also known for its buttery accent. So if you want to eat cheese with wine, it appears Chardonnay or Bourgeron would be the best choice.

If you’re looking for a magical pairing of wine and cheese, Madrigal-Galan and Heymann’s research revealed that the flavor of wine is suppressed more by strong cheese than the milder varieties.

The good news is that if you host a wine and cheese party, you can serve the cheap stuff and your guests probably won’t be able to distinguish it from a more quality wine.