When Sophia Loren agreed to appear semi-naked for the 2007 Pirelli Calendar at 72 her decision was controversial. This was nothing new for the producers of the innovative calendar who have always been ahead of their time.  Surprisingly, this prestigious calendar which is given away to certain select VIP’s and celebrities started off simply.

The Humble Beginnings of the Pirelli Calendar

Giovanni Pirelli founded tyre and cable company in 1872, employing only 45 people.  Now the corporation employs thousands of people and earns trillions of dollars each year. It sponsors famous events such as the World Rally Championship and the World Superbike.

The first calendar in 1962 featured models from Pirelli’s key markets with images of tyres super-imposed on them! Pirelli’s UK subsidiary produced the calendar. It was almost just a ‘pin-up’ calendar but Robert Freeman, who photographed the Beatle’s ‘magical tours’, lifted it from mediocrity with his shots of models on the beaches of the Cote d’Azur.

The calendar was, unfortunately, discontinued in 1974 because of the recession due to the oil crisis.  It took ten years for it to be resurrected.

Tyres were still featured in the 1984-1994 calendars, but the images of these products were always displayed discreetly. They were shown as a mark in the sand or as ruffles in a glamorous dress, for example.  Once the calendar became more sophisticated, showing the product wasn’t necessary any more.

Soon the calendar became famous around the world.  Pirelli began to use the best photographers and the most beautiful models for the calendar in stunning locations such as the Mediterranean and Shanghai.  It also made a brilliant decision to produce a limited number each year and give them away.  Ownership of the calendar became exclusive.  Pirelli managers began to beg for copies for important customers only to be told that they were not for sale!  Only 40,000 are produced each year.  The calendars are also highly-favored collectibles.

Photographers have included Richard Avedon, Mario Testino and Patrick Demarchelier.  Super-models have included Cindy Crawford, Kate Moss and Helena Christiansen. Each photographer has brought his own particular style to the calendar. Nick Knight’s 2004 photographs, for example, were meant to ‘evoke fantasies’ and he wanted people to be ‘puzzled’ by it, ‘discovering a meaning of their own each day.’

Peter Beard, who photographed the calendar in 2009, described it as a ‘living sculpture’.  He photographed his models, including Mariacaria Boscono from Italy and Isabeli Fontana of Brazil, in the wild African landscape of Botswana which remains unspoiled and has a high concentration of wildlife.  The Kalahari outback and the Okavango River delta were used as backdrops to the free-spirited and natural look of the models. Beard has lived in Africa for thirty years.  He is famous for his interpretations of the beauty of the continent.

The calendar is environmentally-friendly and printed on natural lead-free paper.  Pirelli worked with a Life Gate initiative to help protect and create a forested area in Costa Rica.  This will absorb the same number of emissions used in producing the calendar.  Beard also ensured that measures were taken to protect the environment and wildlife during the shooting.

This calendar features the gorgeous Australian model, Miranda Kerr, as well as other ‘glitterati’.  It was shot in Brazil by the provocative photographer, Terry Richardson, who seems to have brought an element of playfulness to the calendar with his photographs of models hosing themselves or eating bananas.

This calendar was shot in Brazil again, in Rio de Janeiro, by Steve McCurry. For the first time it’s not only about glamour, but also human rights and fights for freedom.

Since the Pirelli Calendar began it has celebrated a different theme of womanhood each year.  It has included the impressionistic photographs of Sarah Moon, Pirelli’s first woman photographer, the sophisticated photographs of Patrick Demarchelier, and the wild photographs of Peter Beard.  It deserves its place of honour for combining creativity, beauty and glamour. 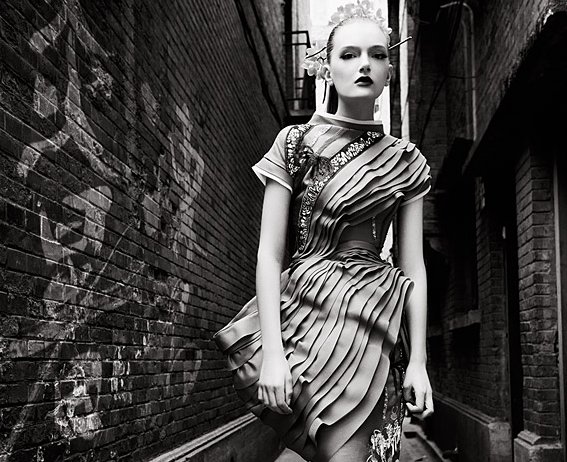 The photographer is Tim Walker. Shot in London, the calendar represents Alice Wonderland. It features international stars like Whoopi Goldberg and Naomi Campbell. Check the Pirelli website for more info and amazing pictures.

For the 2019 calendar the photographer is Albert Watson. The pictures were shot in 10 days between Miami and New York, and tell four stories: that of the dancer Misty Copeland with Calvin Royal III, Laetitia Casta acting as “the painter” with Sergei Polunin, Julia Garner (represented as a photographer) with Astrid Eika, model Gigi Hadid (“the wealthy socialite”) with designer Alexander Wang.

The Pirelli Calendar has always been a calendar that not only displays pictures, but also tells stories.