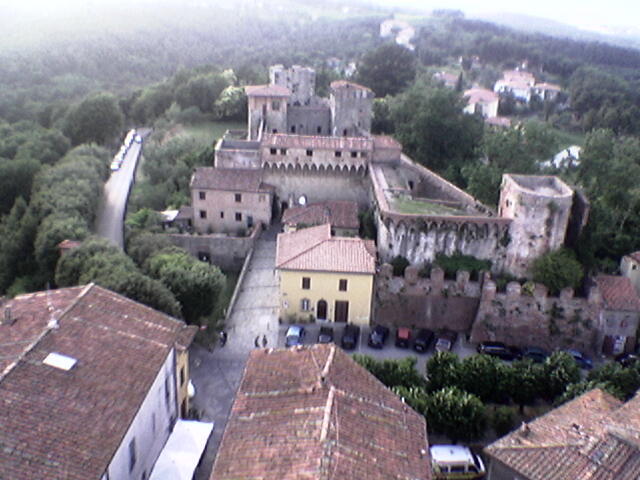 Montecarlo is a town located in the Tuscany region of Italy in the province of Lucca. The town is located quite close to the cities of Lucca and Florence. Montecarlo is quite a small town, with an area of just 15 sq km and population of approximately 4500.

The town was first founded by Charles V the Roman Emperor in 1333. The town was mainly founded when Florence destroyed the nearby settlement of Vivinaia, the population of that settlement was then shifted to Montecarlo. From 1437, Montecarlo was under the rule of the Republic of Florence until it was established as a free commune. Montecarlo is mainly known for its wine, there are plenty of vineyards in Montecarlo that produce excellent quality white wines.

Montecarlo is located quite close to two major cities so reaching here is fairly easy. The easiest way to reach the town is by buses. There are several buses that leave for Montecarlo from Florence and Lucca each day at regular intervals. There are also quite a lot of buses which reach the town from other smaller towns in the province like Altopascio, Pescia, Porcari and Caponnari. Buses are usually very comfortable and regular and the tickets are easily available even in peak tourist seasons. Those who have their own cars can reach Montecarlo quite easily by road, which is the easiest way to reach the town. 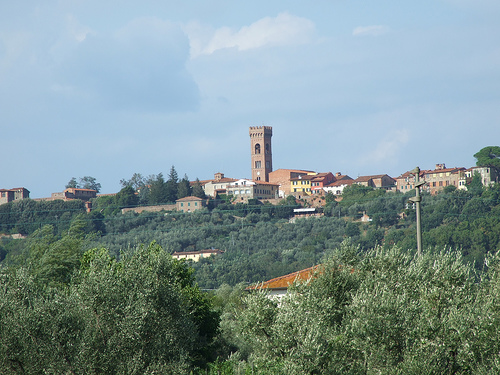 Montecarlo is a very small town so visitors can easily move around without any problems. Most of the town can be explored on foot since streets here quite picturesque and not very crowded. There aren’t many places to visit in the town, and the ones that are worth visiting are all located close to the center of the town. Those who have their own cars can easily move around the city in their own car, since the streets are mostly traffic free. However, there are many streets which are very narrow so it might be difficult to navigate cars around those areas.

Chiesa Collegiata di Sant Andrea is dedicated to Saint Andrew and originally built around 1332. The church has been restored and repaired several times, which can be seen from the different colored bricks used in the façade. The church has been built on a steep ridge which made the construction stronger than what normally is seen in churches of those centuries. The bell tower of the church is quite low and most of the restoration work was done in 1903. 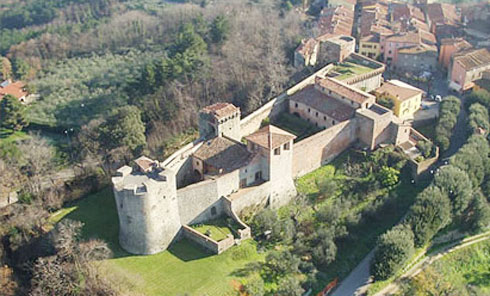 The fortress of Montecarlo is the most interesting place to visit in the town. The fortress is situated on top of a hill and is quite bulky and intimidating in size. There are several different units situated within the fortress which have all been built over the centuries at different times and integrated into the main design. The main fortress was built in the 13th century along with the semi circular tower which is still intact and stands out in the structure.

The church of San Piero is one of the oldest religious buildings located in Montecarlo. The history of the church goes back to 846 when it was first mentioned in a document as a church located between two torrents. The church has been destroyed several times over the centuries but has been beautifully restored. Although most of its present façade is new, it still retains some elements from its medieval age which makes it one of the most interesting religious places in Montecarlo.

The chiesa Di San Anna is a small church which was built in 1610 at the back of the Palace Pretoria based on the drawings of a Florence architect. The church was dedicated to Saint Anna by the Bernardini family as a thankful gesture. The church once had a beautiful Madonna with a child from the 15th century which has now been moved to the museum of rosary located in the Chiesa of Sant Andrea which also has a collection of other religious arts. 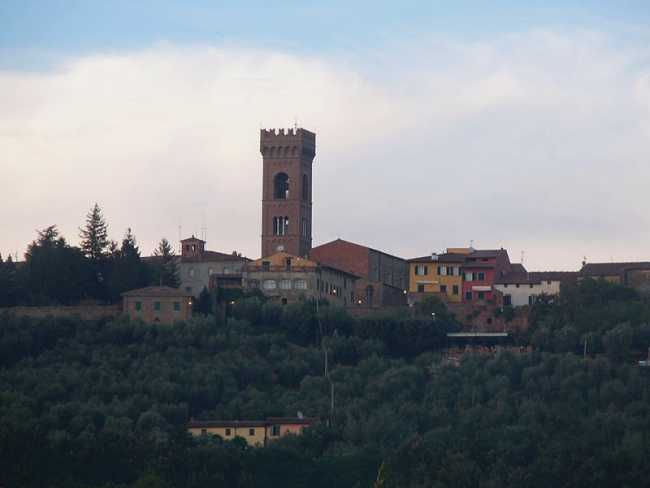 Montecarlo is a very small town and is not really a tourist place which is why there are not many hotels in town. Most hotels in town are converted from old villas and mansions. There are a few good Bed & Breakfasts in Montecarlo that provide good and comfortable rooms for quite low prices. Some good hotels to try in town are hotel Stella, Casolare Dei Fiori and Villa La Nina. However, with the rise in agritourism in the area, there are a few country houses, villas and farm accommodations which are now being offered on rent.

Montecarlo has a few options for eating out. The town has mainly has a few good restaurants, pizzerias and bars located in the town. Mostly these restaurants all serve local Tuscan dishes and Italian delicacies and it is a little difficult to get other European or international cuisines. Most restaurants here do serve excellent quality wine, especially white wine since the region is famous for it. Some good restaurants to try in Montecarlo are La Nina, La Terraza, Osteria Del Vicchio Olivio, Trattoria Da Natale and Osteria Belverde.

Montecarlo only has a few places to shop, mostly where the locals do their daily shopping. Most of these small shops sell items like food products, clothes, shoes and other locally made products. The best thing to purchase in Montecarlo is wine since the town is very famous for its many vineyards where good quality grapes are grown for producing white wines. The wines which are made in Montecarlo are quite different than most types of Tuscan wines since the are made from grapes like Semillon and Pinot Bianco as opposed to Trebbiano and Malvasia grapes.