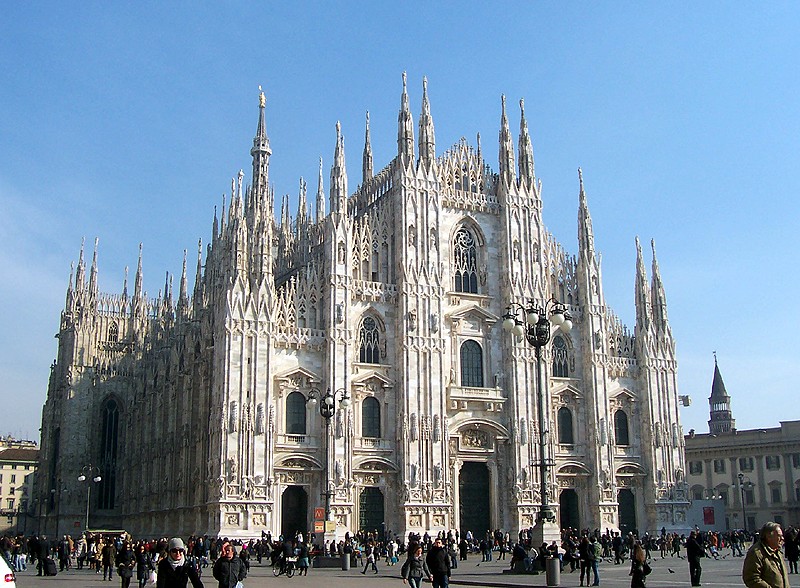 Although almost all of Italy has breath-taking landscapes, Lombardy, (or Lombardia), is said to have one of Italy’s most varied landscapes. It’s diverse and incredible hill towns and lakeside resorts are interconnected through the powerful slopes, vineyards and crop fields. The number one element however that defines the identity of Lombardy is style. Lombardy is the country’s fashion and finance powerhouse. It only leads second in all of Italy to Rome. This is a must-see spectacular place for everyone. There are all forms of the well-known designs from furniture to jewelry that are housed in this great City. The diverse part of Lombardy however rests in the balance of this Powerhouse City of designers, and the humble, graceful villages of the locals; both seem to be equally dynamic. As a matter of fact, the thick culture within these towns and villages has truly been preserved, even through the culture and move towards tourism in the area. Some of the oldest violin-making industries are hidden in the mountains of Lombardy. Its beauty if beyond picturesque, its truly magical. The freshness of this land is undeniable and unavoidable to all who have experienced the sweet aroma of Lombardy.

Milan: What’s more to really say about Milan, Italy than Milan!! You could spend an entire week here and still feel like you want more! Its reputation has truly preceded itself with a population of 1.3 million, and the greatest economic exchanges for the entire country. Although Milan is known for the most incredible fashions, grand cathedrals and elaborate boutiques, Milan’s substance goes beyond skin deep. It’s enormous and historic structures and architecture, survived WW11, have become the display of the heart of this city. The art museums only add to and decorate this beautiful City of glamorous sights.

Duomo: An unforgettable sight to see is Duomo. This gothic palace is the third largest of any of its kind in Europe. This pink-tinged Candolglia marble was commissioned 1386 and can hold a congregation of 40,000. Da Vinci had a great hand in perfecting the Duomo. Crowing this “copper splendor”, as it’s called, is the statue of Madonna (or little Madonna). The beautiful brass encasing doors of the front of the structure have undergone great adversity and history to stand proudly today, even the bombing of WW11. It’s remarkable to stand at the entrance gate with the knowledge of what happened in that place. Even further, the cathedral inside demands an inspiring respect for its architectural genius. The intricately carved pillars and the powerful echoing within the cathedral are truly brilliant. High above the altar there is a display of the nail said to be the one that pierced the hand of Christ. It’s an amazing sight and experience to stand on the ground of this cathedral. The Battistero di San Giovanni is a depiction of the early Christian baptistery. There’s a glass casket also displaying the remains of San Carlo Borromeo, called the crypt. The Piazza del Duomo surrounds this incredible cathedral. This piazza is also the City’s hub for celebrations and festivals. The Duomo is a magnificent and deep historic structure worth the view and experience.

La Scala: Las Scala is the famous and legendary opera house of Milan. This incredible 6-tiered, chandeliered décor, with fabulous and awe-inspiring golden arches and silk-private seats, is unlike any other in the world. Built in 1778 and surrounded by the Piazza della Scala, the Las Scala holds tremendous history, bravery and survival through both WW11 and the domination of Mussolini’s regime. The incredible performances are heard no where else than the La Scala of Milan, Italy.

There also lies a beautiful masterpiece of 16th Century residential architecture between the Piazza della Scala and the Piazza San Fedele; it’s called the Palazzo Marino. Milan’s municipal council has set here since 1859. This holds great respect and authority seeing the public demonstration of justice and Centuries of history. Within this area, some of Milan’s greatest and most important collections of jewelry, tapestry and antique furniture are made, displayed and marveled at.

The Last Supper: To be this close to the beautiful portrayal and famous painting of The Last Supper, and not see it would be regretted. Da Vinci’s depiction of Christ and the disciples at the grandest dinner in history is one of the world’s most iconic images. There’s an iron gate that unbolts and allows you to pass through 3 glass chambers before entering this sacred and protected piece of art and history. This famous mural hides on one wall of the Cenacolo Vinciano. The mix of oil and tempera that makes up this mural was applied in 1495 and has been preserved until today to witness the majestic Last Supper. Like an ancient artifact, this is one mural and experience that will be talked about for years.

The overall entirety of what Lombardy, more specifically Milan, has to offer is tremendous. There is such a great range of diversity and options for all ages, races, preference and classes. The powerful city demonstrates such historical survival, incredible spirit and superb authority that you’ll not only not want to miss it, but capture every moment and experience of it. The opportunities of the entire region of Lombardy and the City of Milan are endless that you’ll want to narrow down your highest interest first. Some of the hidden treasures that rest in the slops, mountains and foothills of this region are really wonders of our modern world and culture. It’s almost impossible to image the imagery of what has been preserved in some of these quaint villages, vineyards and slopes. The grand and hidden historic significance of Milan is overwhelmingly beautiful. The world’s iconic powerhouse was at one time the resting place for Celtic tribes. This land and City has undergone such tremendous odds as Roman legions marched on its territory. Even great Napoleon made Milan the capital of his Cisalpine Republic in 1797, recognizing its incredible ability and inevitable fate. This intense and iconic City you won’t want to miss.