Visiting Palermo, one of Italy’s most beautiful cities in Italy

Sicily is said to be one of the places in Italy where “life is lived in the moment”, and this couldn’t be more true.

There is an overwhelming amount of artistic excellence that fills the streets of Sicily. With its incredible history and fervor, Sicily holds a sensual experience and a moral ambivalence that are attractive and unique. This city offers such great diversity with its architectures and impressive cultural legacy. Whether it seems as significant or not, one of the spoken constants of Sicilian culture is the high quality cuisine that is unmatchable. The opportunities in Sicily are endless for any age, race or preference: theme parks, blazing entertainment, busy streets, unmatchable food and hidden rural parks. This incredible and breath-taking landscape can also be equally enjoyed and celebrated in this bustling city.

There is a great diversity of countryside and coastline that create this island gem, Sicily. 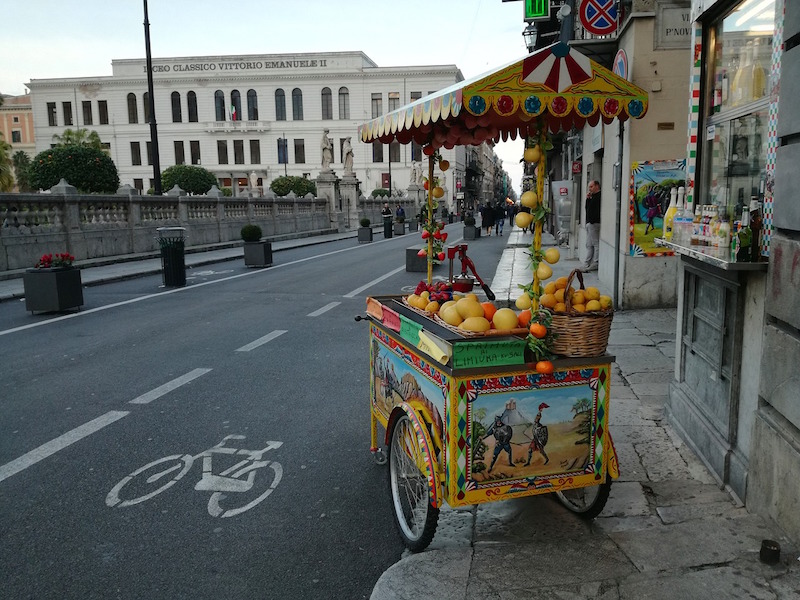 Day one, two and three: Palermo

Within the city of Palermo, Sicily, there lies great hidden treasures waiting to be discovered of palaces, castles and churches that define this unique architecture. The raw energy of this city is actually quite contagious: Palermo is large but quite manageable, although you’ll need more than just a day to do so if you want to remember it. The city of Palermo is split into four major quarters that divides the historic center and contains most of the city’s sights.

The Capo area is a web of interconnected streets and alleysm extraordinary and enormous in size. The Mercato del Capo is the most important and probably the most famous street market held inside the Capo and runs the length of Via Sant’Agostino. This colorful market lights up the streets in the day and offers grand opportunity within it.

The Chiesa della Concezione is the madly marbled masterpiece that sits close to the center of the quarter, close to the Sant’Agostino monastery that still stands proud with its fabulous decorations. The crypt and treasury contain jewels that belonged to Queen Costanza of Aragon, along with the bejeweled Norman Crown.

The unique and mystical treasures found within the Capo truly can’t be found anywhere else. The authentic and historic geometric patterns, architecture and blind archways are remarkable. The largest and grandest of all sites within the Capo is the cathedral. The beauty and quality of this 1072 originally built cathedral can only be captured in person. It’s truly extraordinary.

There are grand architectural gems within this quarter. The Oratorio del Rosario di Santa Zita demonstrates the wealth and status of 17th century celebrities and royalty of the time. The nobles of Palermo covered these grand statues in the stuccowork specific and unique to the day. These awe-inspiring structures, statues and spaces truly demonstrate the splendor and excellence of the day past.

Within Vucciria lies the street market famous to the area, the mercato della Vucciria. This street market is notorious within Palermo as one of the best and most active. Finally the Museo Archeologico Regionale is in the Renaissance monastery that lies north along Via Roma. This great monastery displays some of Sicily’s most valuable Greek and Roman artifacts. The courtyard surrounding this great monastery also displays hidden and marvelous treasures that decorate the landscape. This is a fulfilled venture and journey with plenty of sights to see, treasures to be found and architecture to experience.

Surprising to some that La Kalsa would ever be deemed worthy of visiting, due to its incredible history of near annihilation during WWII, but it certainly is.

There is a great gallery resting here, the Galleria Regionale Siciliana that holds exhibits from 15th Century artists, both known and unknown.

This gallery is hidden near Via Alloro, an amazing jewel or architecture spacing between the Middle Ages and the 18th century. Just a short distance south of the gallery lies one of the only examples of northern Gothic style in Sicily, the complex of Santa Maria dello Spasimo. This church/convent has stood for centuries without a roof, making for a powerful exhibit.

Piazza Marina stands as an historic mark of bravery and courage, as well as a reminder of what this land went through. Inside Piazza Marina lies Palazzo Chiaramonte Steri which used to be the headquarters for the Inquisition where heretics were routinely put to death. The beauty surrounding this great place is inspiring and demands great respect.

On a better and more pleasant note, the Museo Internazionale delle Marionette, also within the Piazza Marina, holds and houses over 3500 puppets and glove puppets from Italy, China and Turkey. You can actually witness a live puppet show displaying these gorgeous ornaments and decorated figures.

Last but not least: festivals. In Sicily, specifically in Palermo,  festivals, celebrations and events fill the days and the nights, the  streets and the piazzas.

This is truly a city you don’t want to miss! The excitement, history and possibility within Palermo are endless:  even its suburbs exhibit the diversity of its culture, all along the unity shown by its people.

The appeal of Palermo rests in the raw lives of its people and the splendorous energy within the culture. The city also offers unique shops, which you’ll only find there, the backstreets  holding the feel of Middle Eastern culture.

Palermo is one of the most beautiful cities in Sicily. The life in Palermo is full, warm-hearted, welcoming and greatly exciting to experience. It’s truly worth the trip down the great streets of Palermo, Sicily.