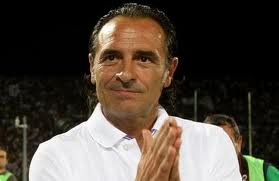 Bearzot favored young players right away and brought to the World Cup in Argentina people like Cabrini and Paolo Rossi. In Argentina the Italian team played great football and arrived fourth. Bearzot’s squad was the only team capable of beating Argentina, the eventual winner of the tournament.

Two years later Italy hosted the European Championship with great expectations, but the result was another disappointing fourth place. In 1980 FIFA decided to organize a Mundialito–a kind of mini World Cup where nations that had won the tournament before were invited to compete. Again Italy preformed pretty poorly. With all this going on, plus a domestic football scandal, no one expected much from the Italian team when they arrived in Spain to compete in the 1982 World Cup.

The 1982 team included Paolo Rossi who had just returned from a two-year ban that he had received during the game fixing scandal that had rocked Italy. Italy’s first three games in Spain were horrible, with not one win and all ties. In the next round Italy faced World Champion Argentina and the arguably best team in the world at the time, Brazil. With great games the Italians won both matches and went on to take the Cup after beating Germany in an unforgettable final. After 44 years Bearzot, who sadly passed away in December of 2010, brought the title back to Italy, the first to do it after the great Vittorio Pozzo. Bearzot continued on with the team but failed to duplicate his success in Mexico ’86. 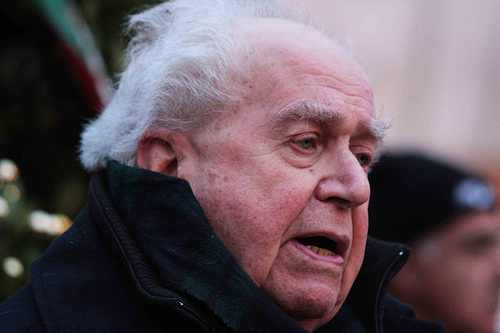 Following 1986 a new generation of Italians were called upon to serve their country on the pitch. Most of the Under 21 team was promoted to the first team along with their coach, Azeglio Vicini. This was the Italy of Vialli, Mancini, Maldini, Zenga, Giannini and, of course, an extraordinary Roberto Baggio. The excitement for the 1990 World Cup was high, as were the expectations, especially because Italy was the host country.

The team had a great start in 1990 thanks in large part to an incredible performance by Salvatore Schillaci, who gained the love of the fans and had some incredible plays alongside Baggio. Italy flew in the tournament reaching the semi-finals with all victories and zero goals scored against.  The semi-final was against Argentina, the World Champion, but a distant relative of the team that had won four years earlier in Mexico. Unfortunately for Italy, Argentina would win the game in penalty kicks in one of the worst defeats in Italian football history.

The Italian Federation, however, knew their team was good. Plus, the Italian clubs played the best soccer in the world, winning all the European Cups and the team was still young and motivated–all promising signs. Many were surprised when Arrigo Sacchi, fresh off success at A.C. Milan, was chosen to head the national team. When the 1994 World Cup (the first hosted by the United States) came around Italy did surprisingly well. The Italians made it all the way to the final in Pasadena against Brazil.

The game was played at noon in the middle of a hot California day with both teams seeming to melt with the heat. Overall Brazil showed a better game, but it didn’t seem to be a World Cup final. At the end Italy lost on penalty kicks, the first time the World Cup had been awarded in such a fashion. Sacchi remained onboard for two more years, but when he failed to win the European Championship he was replaced by Cesare Maldini, a three time European Champion with the Under 21 team and father of captain Paolo Maldini. Maldini took Italy to the World Cup in France 1998, but with a disappointing elimination by France (once again on penalty kicks) he was replaced by Dino Zoff.

Dino Zoff was the iconic captain of the 1982 World Champion team and he led Italy to a great European Tournament, all the way to final, when with only 10 seconds left in the game Italy ended up losing to France. This result was even more heartbreaking because Italy was leading 1-0 for pretty much the entire match. After that Zoff left his position to his former coach and master at Juventus: Giovanni Trapattoni.

Giovanni Trapattoni is a coach known for his successes and Italians hoped he would bring success to their national team as well. Unfortunately, this was not the case. In the very disappointing World Cup in 2002, Italy was eliminated in the early rounds in what was probably a fixed game. No better results were obtained at the following European Championship.

For years Italians had experienced disappointments, come very close to victory only to be turned away at the final moments. It seemed for a time that Italy would never lift the Holy Grail of football again. All this changed when Marcello Lippi took over the team. When Italy headed to Germany for the 2006 World Cup they were once again mired in a domestic football scandal, this time Moggiopoli. It seems that scandal brings out the best in Italians, however, because this time they returned home victorious. Italy beat France in the final game to become World Champions.

After the triumph, Lippi left the team to a young and inexperienced Roberto Donadoni, who with good will and some confusion brought Italy to the 2008 European Championship. The tournament ended with disappointment, however, with Italy being beaten by Spain, the country that ended up winning the tournament, as well as the next World Cup in South Africa in 2010. Although Lippi returned to the national team in 2010 he wasn’t able to replicate his earlier successes. In fact, the 2010 Italian team was probably one of the worst in history, not even making it past the first round.

In two short weeks Lippi managed to ruin the mythic image he had created four years earlier. Italians were outraged by their team’s performance and the Federation called on a very motivated Cesare Prandelli to take over. As of today, Prandelli’s Italy had qualified for the Euro 2012 quarter finals, where it will play against England on sunday the 24th of June: we only have one thing to say, Forza Azzurri!