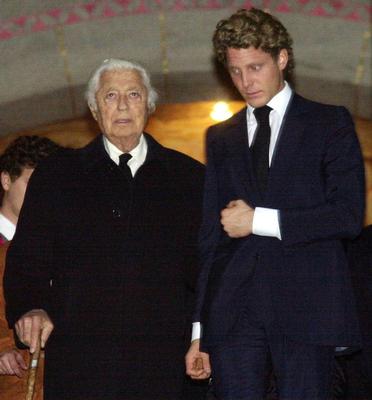 Lapo Elkann is the grandson of Giovanni Agnelli, l’Avvocato (The Attorney), the undisputed king of the Italian twentieth century jet set. To be an Agnelli is a difficult challenge, especially in a culture such as the Italian, where social status is still very important. The Agnelli are what the Kennedy are to the United States, an un-crowned royal family that sets the tone for an entire nation.

Lapo and his brother John are symbols of the new generation; they survived a series of deaths in the family that have left only the young ones in charge of an international financial empire built around Fiat, the car brand that is the base of their fortune. John is a typical suit and tie gentleman, with serious managerial responsibilities and clearly the new head of the family, while Lapo took a completely different direction. Labeled as elegant and trendy, the younger of the two brothers, Lapo leads a life that often captures the attention of the media, particularly in the arena of gossip that seems to attract Lapo in a very distinct way. One of his more scandalous adventures occurred when Lapo was found near dead in the house of a Brazilian transvestite, high on drugs. At that time a visit to a specialized American rehab center and full family support saved his life, but created an image of a disturbed rebel that will probably never be fully erased from public opinion.

Despite the rumors generated by that episode, Lapo recovered well and continued his public life as if nothing had happened, establishing a new fashion line of clothing and gaining the love of the younger generation; this brought the Agnelli family closer to the average person, more so than ever in their history. Indeed, taking advantage of his growing popularity, Lapo carved a personal space within the family’s enterprise, becoming the marketing spokesperson and representing the Fiat name with his own face. Apparently this was a successful experiment, since many Italians started to wear clothes with the Fiat logo. 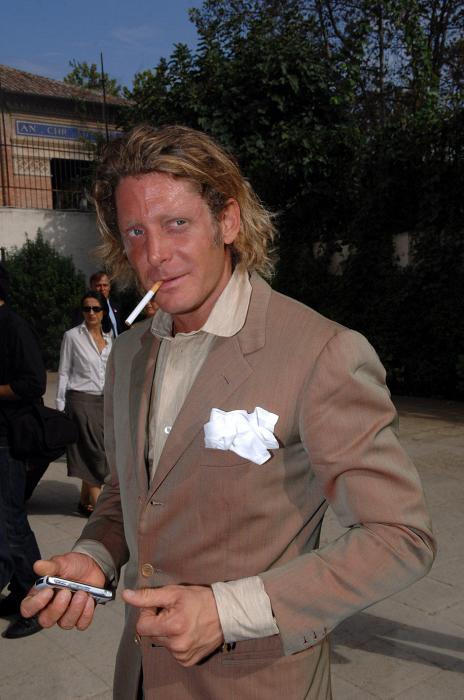 In perfect line with his character, Lapo likes to be recognized everywhere he goes, including when he travels internationally. He was once responsible for interrupting a Los Angeles Lakers game as he stepped onto the court to touch the basketball, provoking mass disbelief. That incident was broadcast by all the major networks worldwide as an indication of the impetuous soul of the young Italian that America suddenly met. Ironically, Lapo is actually an American citizen, born in New York, and is often spied in sports bars of the Big Apple watching his favorite soccer team: Juventus. Needless to say, that glorious team, ranked number one in Italy for victories and supporters, belongs to the Agnelli family, and Lapo’s first degree cousin Andrea is the president.

Many affairs have been attributed to Lapo, but for some reason he still doesn’t have the playboy reputation that his grandfather had. Lapo’s blond long hair, colorful sunglasses and trendy tattoos seem to be mainly an image rather than a true reflection of his inner character. One thing is sure though: Lapo is a man who believes in what he does and he tries hard to be true to with his state of mind, regardless of what public opinion says. However, often this attitude creates an obstacle for him, and he is often seen as an unreliable and spoiled kid whose family lets him play in order to keep him away form serious business activities. Probably that is very true, but it is admirable that Lapo keeps pursuing his own way, creating a small media phenomenon that, regardless of popular judgment, helps create his persona as an icon of the 21st century.

With Fiat in the strong hands of Sergio Marchionne and Lapo’s brother John, it is hard to predict an important managerial role for Lapo, though he is still young. Perhaps a late maturity might bring to the world a brand new man, ready to take on the family heritage that at the moment seems to be too big for his shoulders. Such a moment would require drastic and solid decisions, especially in an organization like Fiat that touches the lives of millions of people and the economical heat of an entire nation. For our part we hope that he will soon be spoken about for his admirable actions and qualities, rather than his fashion choices. Surely, Lapo’s image perfectly fits the new Italian society where transgression and living on the edge seem to be the new rules, but responsibilities may soon knock at Lapo’s door. At that point we wish him all the energy and creativity he shows in his wardrobe, because a trendy hat and torn jeans will not be the solution to real life problems or financial matters. That will take courage and solidity, something his heritage certainly promises. It is likely he will rise to the occasion.