Legend has it that beautiful Lake Vico was created when Hercules threw his club into the ground and created a hole that was soon filled with water from a nearby stream. Realistically it is much more likely that the lake, which is surrounded by the Cimini Hills and the Fogliano and Venere mountains–was created due to volcanic activity in the area over 100,000 years ago, when a crater was filled with rainwater and water from underground springs. Today, if you are interested in a lake getaway that includes lush vegetation, great wildlife and cities with history then Lake Vico and its nature reserve should certainly be on your radar. 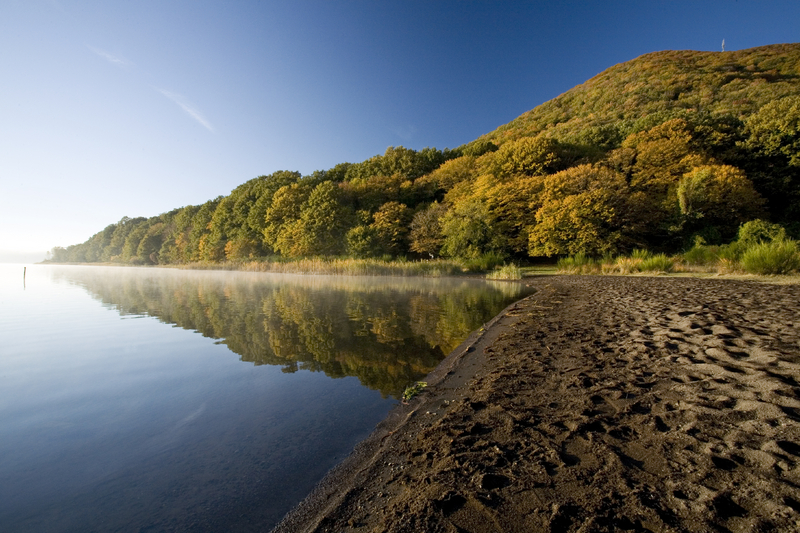 Lake Vico today is located only a short drive from Rome and is used as a drinking water  reservoir, so powered motor crafts are prohibited on the lake’s waters. It is thought that in ancient times the lake’s water levels were much higher, brought down by a culvert built by the Etruscans. The center of the Lake Vico Nature Reserve, the lake draws many animals like the pike, perch and eel, and its high elevation and location mean the area around Mount Venere is rich in beech forest, as well as chestnuts and hazelnuts.

If you like you can spend your time on the lake canoeing or kayaking or head to one of the surrounding towns like Caprarola for some discovery. The city has a long, rich history dating back to ancient times and boasts the gorgeous Palazzo Farnese, built by Pope Paul III as a residence for his nephew Alessandro Farnese XVI, which is definitely worth the trip. 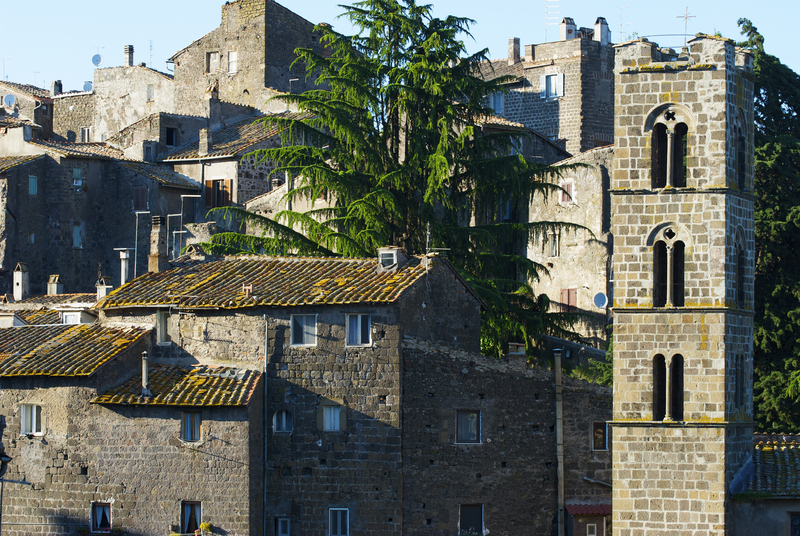 Ronciglione – View of the Village – Particular

One of the most famous tourist destinations in the area of Lake Vico is the city of Ronciglione. The city is located on the slopes of the Cimini Mountains, where the volcanic crater that created Lake Vico had once been, in the province of Viterbo and twenty kilometers from Viterbo itself.  The city is filled with history and gorgeous monuments including its medieval castle and Baroque-style cathedral, designed by Pietro da Cortona. The cathedral’s imposing bell tower was added in the 18th century. If you happen to visit take the time to see the gorgeous tryptych painted by Gabriele di Francesco, a native Viterbo son, in the 15th century.

Other churches in the area include Santa Maria della Provvidenza, which dates back to the 11th century. The church had been restored in the Baroque style though it still has a three-floor Romanesque belfry. Inside the church is a single nave along with some beautiful frescoes from the 15th century. The church of Santa Maria della Pace from the 16th century and the Sant’Eusebio church are also well worth the trip.

Villa Lina was built in the city in 1928 and now operates as a luxury bed and breakfast. The villa is especially known for its beautiful botanical gardens. The town itself is known for its Carnival, which is the most important in the region. The carnival features empty races typical to this area, where the horses run in the race without their riders. The race was developed from the activities seen at Rome’s Carnevale during the Renaissance period. While the dates always change, if you can try to visit Ronciglione during Carnival to experience one of the more traditional festivals in the central region. In 2011 Carnevale is on March 8th. 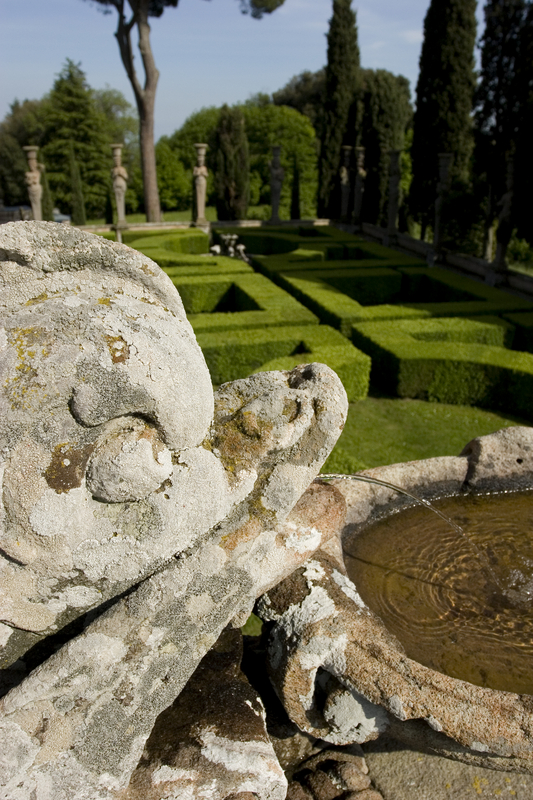 Charming Caprarola is located the volcanic hills of the Cimini Mountain range in the Viterbo Province. The town’s main claim to fame has been the large Renaissance estate, Villa Farnese, that dominates its countryside, but the city is also filled with a rich history that dates back to the Romans.

Vetralla is a small town located on the shoulder of Fogliano Mountain, eighteen kilometers from Viterbo. An important city center during the Etruscan era, Vetralla had been a fortified safe haven that the heart of the Etruscan territories.

The Roman site, which is located just outside the present day town had been on the Via Cassia, was quite an important route during those times. Several ruins like that of the walls and paving at Santa Maria di Forcassi can still be seen today. Towards the end of the Empire the population in this area decreased with a smaller number of people heading back to the strategic position that allowed them to command the valley.

The main attraction of the town is the little fortress, which was once a part of the Papal States. The Lords of Viterbo had held the fortress from 1110 until 1134. Though the fortress has passed through many hands it remains an important structure.

There are also several interesting monuments to visit in Vetralla like the Churches of San Pietro and San Francisco. The other churches in the town include Sant’Angelo church and Santa Maria in Forocasii church. The museum of the city and the territory, the rock necropolis and the grotto Porcina are also worth visiting. 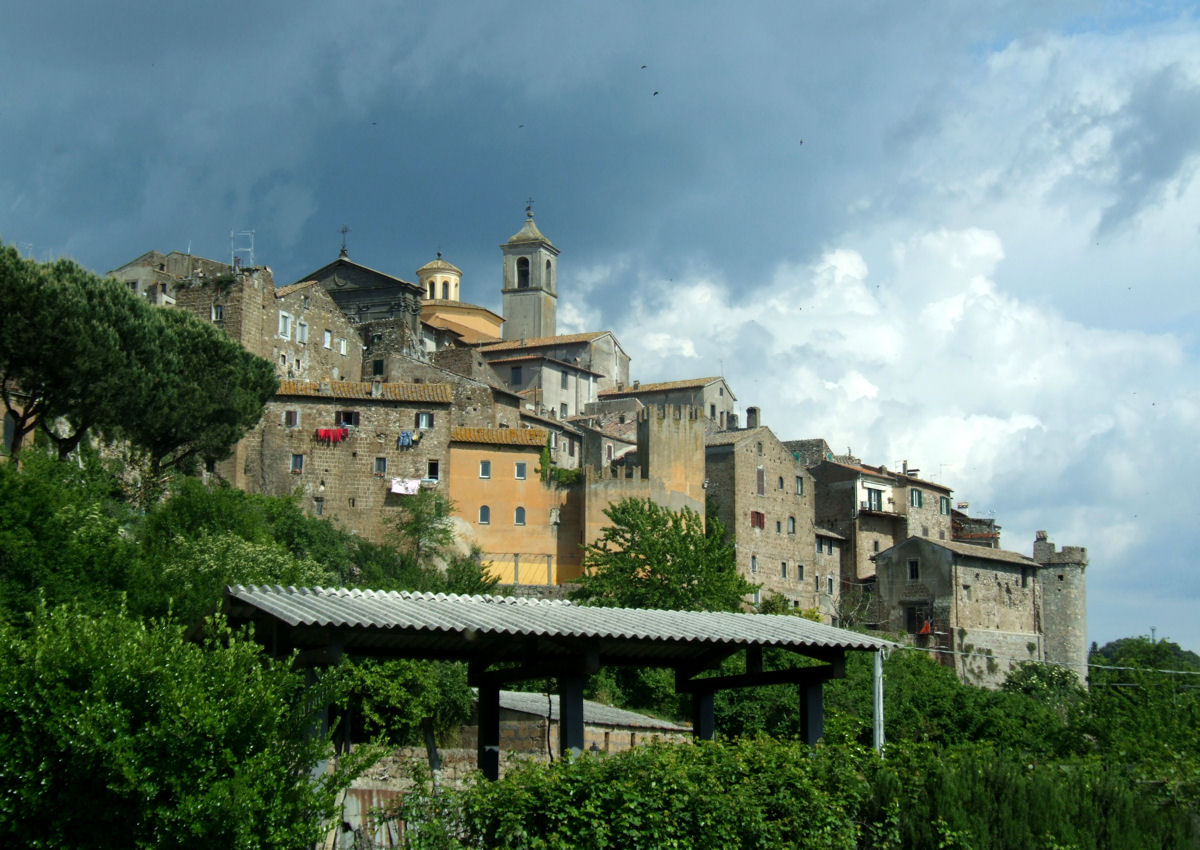 Vetralla – View of the Village – Photo courtesy of Mattis/Wikimedia

Lake Vico is the perfect spot to enjoy a relaxing vacation among verdant hills and sparkling water. Enjoy the nature and the history of the area, which is also a perfect base for exploring the areas in the region including the Eternal City, which is not far away.