Foligno is a city located along Central Italian region of Umbria and is renowned as an important commercial center and a vital railroad junction. Basically, this city is known for its manufacturing industry that produces paper, textiles, machinery and other transport and machinery items.

Foligno is among the rare cities in Umbria which are built across the plain and it rises until the banks of the River Topino.

Lot of tourists come to this place due to the numerous historical attractions offered by this city. There are lovely museums, cathedrals and churches including special events and festivals that are held in this city every year.

Most of the religious symbols and inscriptions found here indicate that this territory was earlier occupied by people from the Umbria region and later on Romans started living here.

At the start of the 13th century, Foligno came under the influence of the Papal estate and underwent a transformation as an industrial and commercial center.

In the year 1310, at the time of the war against Federico II, Foligno was captured by Rinaldo Trinci. Thus, the city flourished and enjoyed good prosperity and the power was passed on to Niccolo Trinci who ruled over the cities of Assisi, Montefalco, Spello and Bevagna.

In the year 1424, Niccolo was killed and Corrado III took over the reins of the city. Later, during 1439, the Papal army arrested him and took control of the city. Thus, in the year 1799, Foligno was declared as part of the Roman Republic and occupied by Napoleon and was later merged with the Italian Kingdom in the year 1870.

Places to see around Foligno

One of the most significant places to visit in Foligno is the Piazza de Repubblica along with the Piazza Duomo that represents an elongated structure at the meeting of four streets. This layout of the square was popular during the 12th and 13th century and was commonly used for most of the Umbrian streets.

The other vital structures found here include the Cathedral and the Town hall that was constructed during the 12th centuries. The Pretorio Palace, Orfini Palace along with the Trinci Palace display some of the remains of the lovely décor along with rooms that still preserve some beautiful frescoes.

The Romanic church of St. Mary Infraportas along with the Abbey of Sassovivo are also worth visiting and located just a few kms away from the city center.

Here you can come across some majestic frescoes from the 15th and 16th centuries along with the bell tower including the 11th century entrance.

The Abbey of Sassovivo is known for its Roman Cloister dating back to the 13th century, which has around 128 sleek columns and is regarded as the Benedictine place of worship.

From Foligno, you can also visit some of the nearby places in the northern direction towards Assisi and from there reach Spello. As you go further towards the Foligno plain, you can find Bevagna town where you can explore the Castle of Gualdo Cattaneo.

As you climb up to return to Foligno, you can take a route, which gives you a panoramic view stretching until Montefalco. You can also see the convent of St. Fortunato and go towards Trevi. 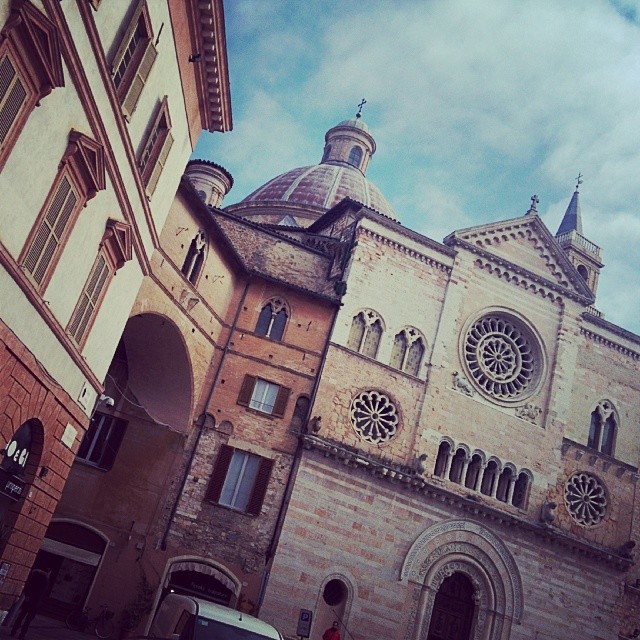 How to reach Foligno

Foligno can be reached from across different towns and cities located closer to this place including Assisi, Bevagna, Montefalco and Trevi by driving. The Foligno railway station is at a distance of 9 kms from Bevagna and taxis are easily available from this location, including car rental services and buses that run on the weekdays.

If you are coming from Northern Italy, then you can reach this place through Florence and Perugia by train. The nearest airport is S. Egidio Airport in Perugia, which is about 30 kms from Bevagna.

Foligno offers a wide range of choice of hotels including Bed & Breakfast inns for the convenience of the guests with all the required facilities. If you are looking for some budget accomodations, then you can also find some cheap and economical hotels in this region. Rooms on rent are also available for those who wish to enjoy a nice holiday with all the self-catering facilities provided in such places. Countryside farmhouses can also be a good choice for travellers who are looking for other options rather than hotels.

Food and Cuisine in Foligno

Foligno offers a range of cuisines to cater to the different international tastes of the travellers and some of the best Umbrian dishes can be found here in popular restaurants. Besides, you can also find traditional Italian recipes also cooked in some of the kitchens of the best restaurants prepared by master chefs for the delight of the customers. You can also taste some of the best chocolates, which are simply delicious and cannot afford to miss them at any cost. You can also enjoy some complimentary wine served in the restaurants along with some delicious food. 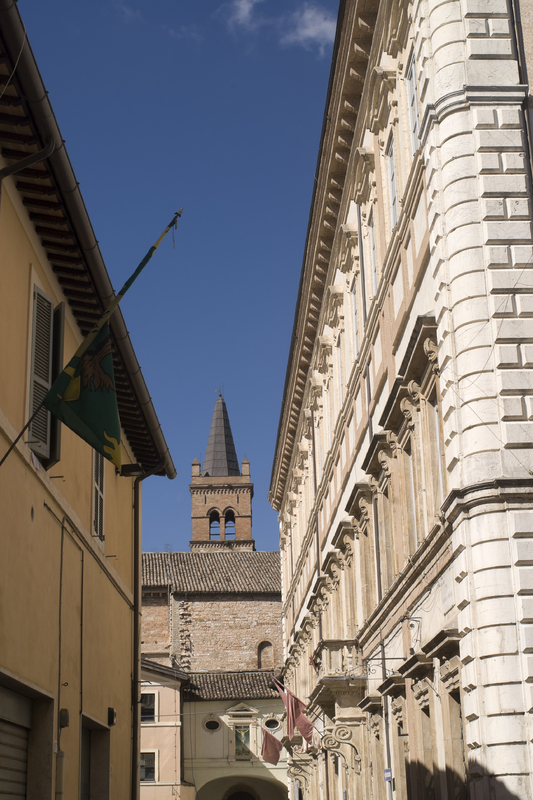 Festivals and Events in Foligno

The Festival of Patron St. Feliciano is held here every year during January and the Humorfest is a popular event in the months of August and September. The Quintain Joust and Segni Barocchi is a music and theatre festival organized every year in the month of December. If you are interested in witnessing these events and festivals, then make sure to be there in Foligno during these months.

Foligno is a fascinating place, which offers some of the best attractions for the visitors including historical places such as museums and religious places of interest including cathedrals and churches. Besides, the scenic beauty of this region along with the surrounding landscape of nearby Perugia provides some much needed break and recreation for the visitors.

If you are visiting Foligno, then you can also visit some of the other enchanting cities located around this region and catch some of the best glimpse of the Central Italy region. Enjoy a relaxing stay in some of the best hotels located in Foligno and spend a great vacation. 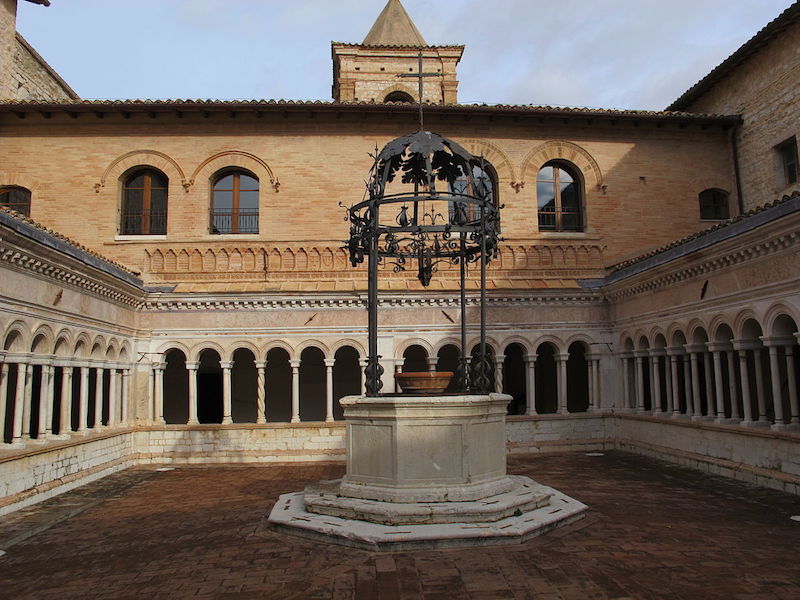