Castles always keep their charm. Stone giants standing on top of towns they always attract the attention of tourists longing to know much about the story of what once used to be the house of noble people or simply a shield for defense from external attacks and invaders.

There is quite a vast number of castles which can be visited all over Italy, from the south to north of the country. Many of them are often situated in ancient Medieval borghi creating an evocative atmosphere where time seems to have stopped; others are situated in suburban areas and they are often left in a state of abandon. For strange it may sound, as this heritage of the country is not that advertised, there are more than 20,000 castles, including towers, in the country. Visiting all of them would be impossible but it is important, first of all, to separate them according to the geographical area in order to understand how to organize the trip or what is the nearest castle to visit during the route.

If you are in the northern part of the country, you will have the opportunity to visit several castles:

Emilia-Romagna- 148 is the number of castles which can be found in this region. They are spread out all over the provinces of this territory: Bologna, Ferrara, Forlì Cesena, Modena, Parma, Piacenza, Ravenna, Reggio Emilia, Rimini.

Friuli-Venezia Giulia- in this region it is possible to visit 128 castles among the provinces of Gorizia, Pordenone, Trieste and Udine, which has the highest number with its 82 manor houses.

Liguria- it is the region with the lowest amount of castles but 54 is though a good number. Genova, Imperia, La Spezia and Savona are all places where it is possible to visit at least one castle.

Lombardia- The castles of this region are all widespread among Bergamo, Brescia, Como, Cremona, Lecco, Lodi, Mantova, Milano, Pavia, Sondrio, Varese, for a total number of 168.

Piemonte- this region too boasts about 168 castles which are spread in the towns of Alessandria, Asti, Biella, Cuneo, Novara, Torino, Verbano Cusio Ossola and Vercelli.

Trentino Alto-Adige- Bolzano and Trento have respectively 78 and 70 castles.

Valle d’Aosta- Although being a small region, it is possible to visit 106 castles all over its territory.

Veneto- in this region there are 116 included in the area of Belluno, Padova, Rovigo, Treviso, Venezia, Verona and Vicenza.

Castles in the Center of Italy

This part of the country is also quite rich in manor houses and several sites to visit:

Abruzzo- This region has 176 castles to visit situated among Chieti, L’Aquila, Pescara and Teramo.

Lazio– quite a good number of castles can also be visited in the region: 155 castles. They are situated in the towns of Latina, Rieti, Roma, Viterbo but Frosinone is the one with the highest number with 53 sites.

Marche- 57 are the castles which can be found all over the territory in the towns of: Ancona, Ascoli Piceno, Fermo, Macerata, Pesaro and Urbino. It is certainly the central region with the lowest number of sites.

Sardinia- The castles situated on this central island are in Cagliari, Carbonia-Iglesias, Medio Campidano, Nuoro, Ogliastra, Olbia-Tempio, Oristano and Sassari, which has the highest number of castles amounting to 33.

Tuscany- this is the region with the highest amount of castles that can be visited in the center of the country with a number of 260. Firenze is the leading town with 60 sites but other castles can also be found in Arezzo, Grosseto, Livorno, Lucca, Massa, Pisa, Pistoia, Prato and Siena.

Umbria- the 65 castles of the region are placed only between Perugia and Terni.

Castles in the South of Italy

The southern part of the country is the richest part in the category of castles to be visited as the region of Sicily alone has more than 500 castles to be discovered but it is not the only place where it is possible to organize a trip:

Basilicata– The towns of Matera and Potenza have a total of 106 castles with 55 in the former and 51 in the latter.

Calabria– the towns hosting the 81 castles in the region are: Catanzaro, Cosenza, Crotone, Reggio Calabria and Vibo Valentia.

Campania- even if this region has not the supremacy in the presence of castles, as it is held by Sicily, there are even 375 castles in this part of the country where the leading town is Salerno with 115 castles. Other sites can be visited in Avellino, Benevento, Caserta and Napoli.

Molise- this region has a total of 69 castles between Campobasso and Isernia, representing the region with the lowest amount of castles.

Puglia– 114 are the castles in the region placed in the following towns: Bari, Barletta-Andria-Trani, Brindisi, Foggia, Lecce and Taranto.

Sicilia– Exactly 575 castles can be found in this region which is the one with the highest number of manor houses all over the country. Messina and Palermo alone boast 131 castles each to be explored. Others can be found in Agrigento, Caltanissetta, Catania, Enna, Ragusa, Siracusa and Trapani. 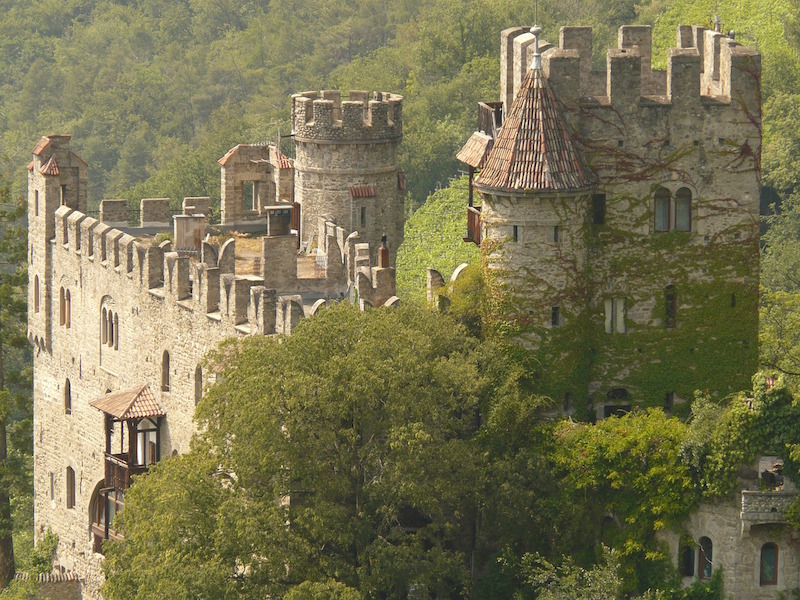 This is simply an overview in order to get an idea of the amount of castles that Italy boasts. Some are situated in inner areas while others can be found on the sea. Hundreds of trips would never be enough to know about all of them, their history and legends; just choose your favorite one or the castle at hand because you will only be spoilt for choice.