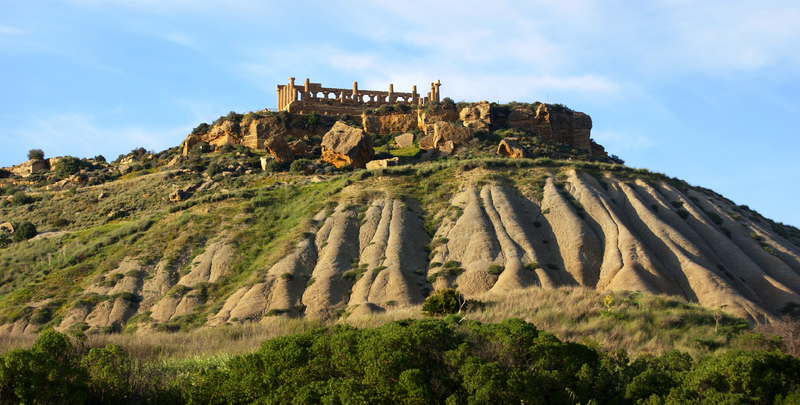 Agrigento is located in the region of Sicily and was once one of the great cities of the ancient world. Founded in the 6th century BC as a Greek colony known as Akragas, the city was added to the UNESCO World Heritage site list in 1997 thanks to its rich archeological remains.

Many ancient temples were built in the town, several of which are still intact. Excavation works continue in the area in an attempt to locate new Hellenistic and Roman ruins.

The Hill of the Ancient Temples

The city of Agrigento spreads over two hills and is located at an altitude of 350 meters above sea level. The central ridge between the two hills has become known as the Valley of the Temples or the Valle dei Templi. The large area that was the ancient city of Akragas used to occupy an area of 450 hectares. 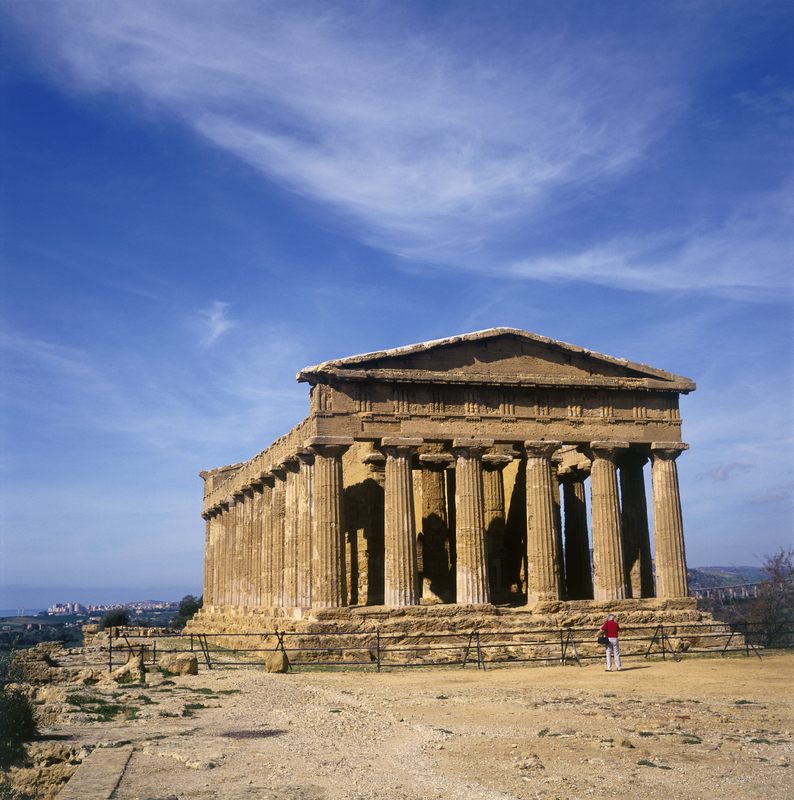 Visitors to Agrigento will be able to view one of the largest and best preserved collections of ancient Greek structures in the world. To the south of the ancient city, seven Doric temples, erected during the 5th and the 6th century, were located. Today, one of the better preserved is the one dedicated to the goddess Juno Lacinia: very likely, its good state of preservation is due to the fact it was later converted into a Christian church, hence used and cared for for a loger time.

Visitors can also see the amazingly intact Temple of Concordia. This temple, too, owes its better state of preservation to the presence of the proto-Christian community.

The Sanctuary of the Chthonian Deities

This sanctuary is located on the western side of the Hill of the Temples. It starts from the main residential areas and stretches to the Temple of Zeus. The sanctuary was one of the most important temples in the ancient age and was dedicated to Demeter and Persephone, the mother and daughter goddesses of the Earth. 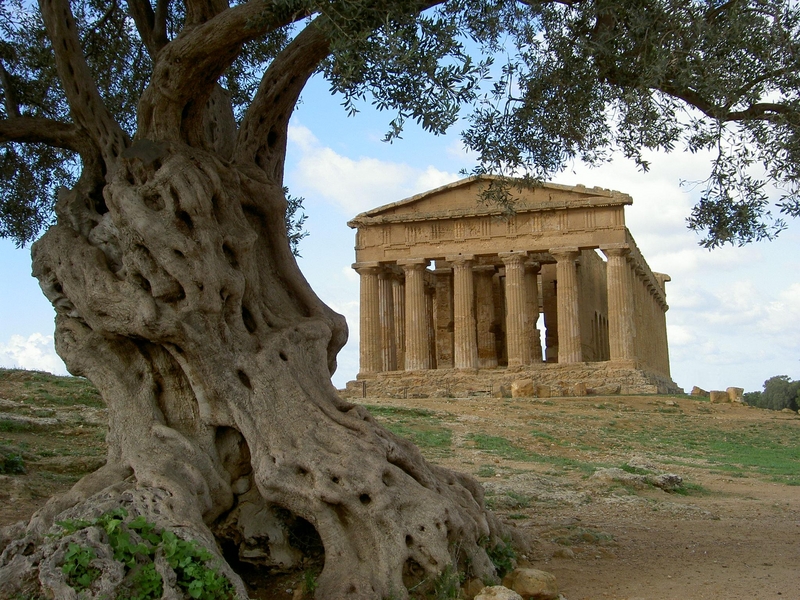 The Temple of Zeus Olympius

Known in Italian as the Tempio di Giove Olimpico, Zeus’ temple was one of the more ambitious buildings ever created in the ancient world. Also built in a Doric style, the temple was never completed and today only ruins of the once mighty structure are visible. Destroyed by earthquakes, the temple’s materials were later used to build part of the town in the 18th century.

The Temple of Heracles was built as a circular structure in the Doric style around 500 BC. Destroyed by the Carthaginians, the temple was later rebuilt by the Romans only to be toppled again, this time by Mother Nature in the form of an earthquake. Visitors to the site today will be able to see eight pillars of the temple still standing, all thanks to the restoration work taken on by the Brit Alexander Herdenstel at his own expense.

The Church of San Biagio

Located at the end of the Rock of Athene, San Biagio can be reached by taking the Viale della Vittoria in a south-east direction from the train station in Agrigento. San Biagio was built over the Hellenic-era Temple of Demeter during the time of Norman rule in the area, around the 12th century. The original temple was built about 480 BC and parts of the original walls and foundation can be seen incorporated into the 12th century church.

The Roman Quarter of the town is located in Contrada San Nicola. When the area was excavated during the 1950s a large road system was revealed. Several beautiful houses with  wide courtyards and others with simple atria were also uncovered. These findings helped archaeologist understand that sandstone was the typical building material in the area during Roman times, and also offered the possibility to glance at beautifully preserved home interiors, inclusing mosaic floors and painted plasters.

The Oratory of Phalaris

The Oratory was built in the 2nd century BC and there have been various theories regarding its use. Studies have concluded the oratory was probably either a shrine or a tomb, characterized by the presence of a smaller shrine placed on a higher podium, decorated with molding.  Traces of stucco decorations and the foundations of a staircase, which might have once been attached to the building, can still be seen by visitors today.

The Sanctuary of Asclepius

The sacred complex of the Sanctuary of Asclepius was once an important Roman temple. The temple was mentioned in the writings of Polybius and it has several beautiful architectural elements incorporated into the main design, which modern day visitors can view.

The excavated archeological area of Agrigento is a large treasure of ancient ruins, which can only be truly appreciated by those who have visited the town. Seeing the remains of these ancient buildings one is allowed a glimpse into the past and a glimmer of their former glory.