Getting robbed is a terrible experience, made even worse if you are in a foreign country. Even if you are not physically threatened the loss of money and documentation can mean huge headaches. Unfortunately theft is a common occurrence in Europe, especially in areas that draw many tourists, where pickpockets abound. The majority of these thieves are organized and have many ingenious tricks. While travelling it is a good idea to be aware of the dangers that lurk and the most common rouses of these thieves.
Here are some to look out for:

When I was in Paris recently I felt a firm hand on my side. I turned around to see a good-looking and reasonably well-dressed older man walking away. I immediately thought that he was a “DOM” who fancied me! That’s when I realised that he was likely a pickpocket. He wasn’t a very good one, obviously, but I was lucky that I didn’t have anything in my side pockets.

Don’t be fooled by looks.  Pickpockets are sometimes well-dressed and they can even appear to be nice people.  A British lady in Florence once had all of her important documents stolen while riding a bus. The culprit? A handsome man in a suit that she thought she could trust.

This is a very common rouse among pickpockets. Young and good-looking people will start chatting to other young men and women and invite them out. Then when their mark has let their guard down they will seduce them and take their money. 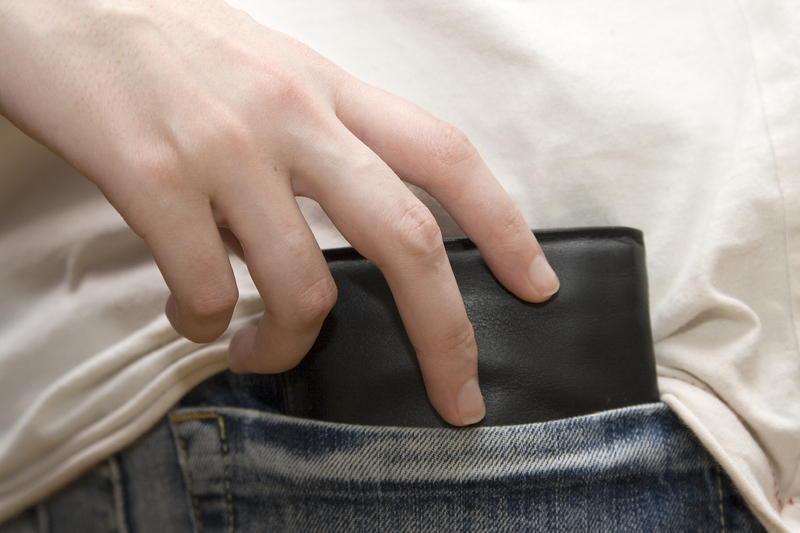 I learned about a young woman who went to a backpacker’s bar and met a handsome man. She had the awful experience of waking up drugged and sexually assaulted with her money stolen. It pays to be very careful and suspicious of anyone that you don’t know. Or anyone who appears too good to be true.

This sort of thing doesn’t just happen to young women, unfortunately. Men are just as likely to be tricked by seductive young women with nefarious plans.

I had never heard of this method of pickpocketing before it happened to me in Florence.  We were eating at the café at the train station (which is famous for its pickpockets) and I carelessly left my handbag under the table.  I thought that it was safe because I could feel it against my feet, but learned the hard way not to do it again.

I noticed a man who stood near the table and appeared to be changing his coat. He was taking a long time so I tried to point this out to my husband, but it was too late. My handbag was gone. The pickpocket had concealed it under his coat and disappeared! Never leave possessions on the ground if you can avoid it. If you have no choice–like with suitcases–make sure not to take your eyes off your belongings.

Having my handbag stolen was a very traumatic experience although, as the very kind Italian policeman pointed out, I was lucky that it wasn’t worse. The pickpocket took my credit cards and my camera, which were in my handbag. Luckily my glasses were on the table as it would have been difficult to travel Italy without them. 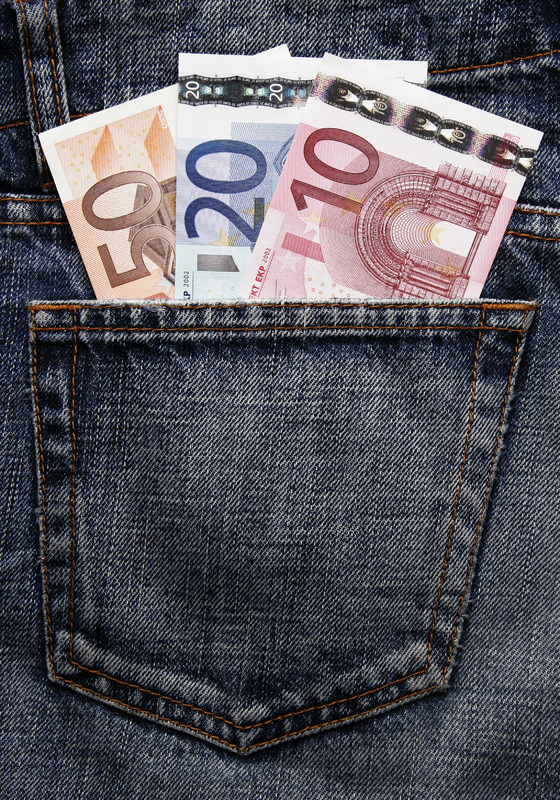 There are many different types of paper tricks. A long time ago I knew a man who was robbed at the central railway station in Rome by gypsies using newspapers. They held out a newspaper that concealed a knife and ordered him to hand over his money. He had been changing a lot of money at once, which is never a good idea. Not surprisingly he found this to be quite a frightening experience.

My husband was robbed on a Paris Metro train. Two men circled him using newspapers to hide their hands as they attempted to pick his pockets. Luckily they didn’t get much money, but this was also quite scary. Unfortunately, the busy metro and train stations are common haunts for pickpockets.

This method of robbery is also very common. One person will cause a commotion while the other picks the pockets of the crowd. It is apparently used at airports and in underground stations. Always try to be aware of what is happening around you and to the belongings you have on your person.

Avoiding pickpockets is difficult, but there are ways you can protect yourself.

The first step is trying not to look too much like a tourist. That means being aware when consulting a map or snapping your camera and knowing what kind of attire fits with your destination. For example, certain types of sneakers and sandals are often worn by travelers, which make them stick out like sore thumbs–and easy targets. Money belts, unless they are well hidden, are also asking for trouble, and if you must wear a purse have it be the cross-body kind.

Only take as much money as you need when you go out and leave valuables in the safe at the hotel if you can. Use inside pockets and keep credit cards and cash separate. If you are travelling with more than one person divide the money and valuables between you in case one of you is targeted. A good place to keep a secret stash of cash is in your shoe. If you do use a handbag watch it like a hawk and try not to put valuables in it.  Also watch your luggage at all times and always check that you’ve taken all your belongings off any transport that you use.

So be aware of your surroundings and be knowledgable of the risks–many of these thieves are brazen and clever. Keep extra care in crowded places and tourist traps and follow the rules above and your vacation in Italy should be safe and enjoyable.

Greg just ( Apr, 14, 2010 ) submitted what happened to him in Koln  :
The kissing :  On a bright sunny day in open public (Where you least expect) several gypsies come at you from several directions yielding newspapers to “show” you and talking in a strange language. They start kissing their hands and then pressing their hands on you. They point the newspapers in your face. With this going on at once, it takes several seconds for you to figure out what to do, ie., fight, flight, ignore, try saying no…before you know it, as they are kissing their hands and touching you, one reaches in for your wallet (they are professionals so they know where your wallet it.)

It does not matter even if you realize it because once she’s got it, (there are 4 or five of them) and one or two of you – they run away really fast. Your only option is to chase them or try to grap one and fist fight – which options are not realistic considering you are in a foreign country and everything happens in 5 or 6 seconds….plus the one with the wallet runs fastest while the others stay behind if you try fighting with them – even if the police come and get the one you captured, it is of no use because in Europe there must be evidence and that person does not have your wallet – so a perfect crime!

Good overall information for avoiding pickpockets whether your traveling overseas or in the country you reside in.
I will add to these tips though.

Very useful article detailing how clever pickpockets are and can be.
The one thing I would add, is that women should secure their purses after returning their wallets to their purses and be sure it’s as close to the bottom as possible. It makes it harder for sticky fingers to walk off with.
My wife can confirm this as it happened to her a couple of years ago.