I Ran the Race for the Cure® in Rome 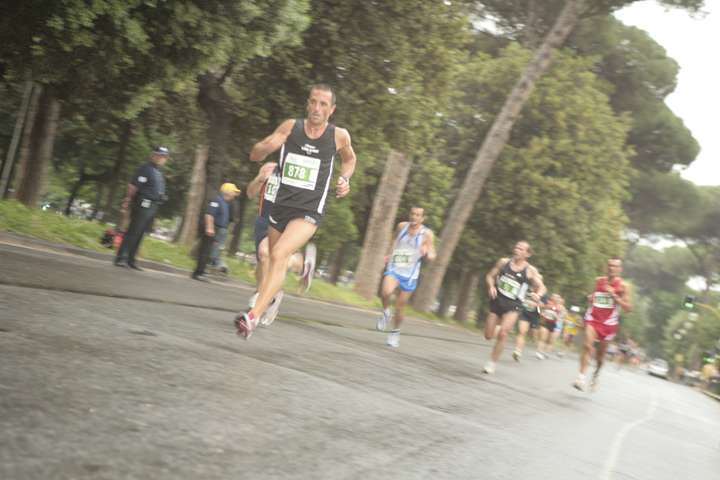 Race for the Cure

I was living in Rome in 2002, the first year for the Komen Race for the Cure® in Italy. Having run the Race in Houston a few times, I was excited about participating abroad. I signed up with a group from the American university where my husband John was studying. The plan was to meet up with the group at the entrance before the race started to get the official t-shirt and number bib. John was going to come along to take pictures.

What’s that saying about the best-made plans? First, John got a bad case of food poisoning (his cooking, not mine) the night before and wasn’t able to leave the bathroom much less the apartment. Then not surprisingly with the hordes of people, I couldn’t find anyone from the university at our designated meeting place.

Hoping to run into someone I knew, I walked around Race Village (Terme di Caracalla Stadium) where vendors had set up booths. On one end, an assembly from Jazzercise was conducting a dance routine to warm up. They do that in the U.S. too, and it was reassuring to see something familiar. At the opposite end of the field, a kids’ play area held an inflated moonwalk replicating the Coliseum, complete with tiger and gladiator figures. I’m not sure if Houston’s Race has a play area for kids, but if they do it might include a NASA theme with spaceship and astronauts. What a contrast that would be!

I made my way to where I thought the race was going to start. I waited. And waited. People were milling around and it was now at least 15 minutes past the start time. I shouldn’t have expected punctuality, (remember we’re in Italy), but I did expect a gun to fire, the release of white doves or some kind of signal that the race was starting. I felt frustrated, out of sync and homesick for my Houston girlfriends (we always ran the Race for the Cure together) when suddenly people started running past me. Apparently I wasn’t as near to the start line as I thought. Without thinking, I jumped over the rope barrier and joined the runners hoping that no one would pull me out because I wasn’t wearing an official race number.

We run along side Circus Maximus, now just a long, grassy field where chariot races, not charity events once took place. Italian names grace the backs of the other runners honoring the women in their lives who are fighting or have lost their battle with breast cancer. My heart ached for their mothers, grandmothers, sisters, aunts, cousins and friends.

We make our way to Piazza Venezia. Any other day, this popular thoroughfare would be jammed with frenetic drivers, honking horns, buses filled to capacity and groups of tourists – cameras around each neck, but this day is different. With no traffico, the melodic sounds of laughter and beautifully spoken Italian rise above the pounding of thousands of feet hitting the pavement.

When we head up an incline and round the Colisuem, I have to slow down and take in the moment. The morning’s cloudless blue sky is a perfect backdrop to arches built nearly 2000 years ago. The always-breathtaking Coliseum poses a stark contrast to Houston’s post-modern skyline. The setting was surreal, but I was energized.

I sprint toward the finish line, which is well marked with balloons and banners, and spectators cheer us as we pass through. By the time I get to the vendor booths, they are teeming with participants eager for freebies – no doubt a universal characteristic.

Families gather in the grassy area of Race Village to relax, listen to bands and watch bambini bouncing on the air-filled Coliseum. I missed seeing Kroger there with bagels and bananas, but I got over it by treating myself to a cornetto, an Italian pastry, on the walk home. Delizioso!

Sign up to participate in the 2006 Komen Roma Race for the CureÂ® and you can see the ruins while raising funds to fight breast cancer. The route for the 5k run encompasses Circus Maximus, Piazza Venezia, Forum and Coliseum. There’s also a 2k fitness walk. An added bonus – burning off some of that delectable pasta, pizza and gelato.

Where: Start and Finish at Terme di Caracalla Stadium (a.k.a. Race Village)

How: Register online in English at https://raceroma.komen.it/

For more information visit www.raceforthecure.it or