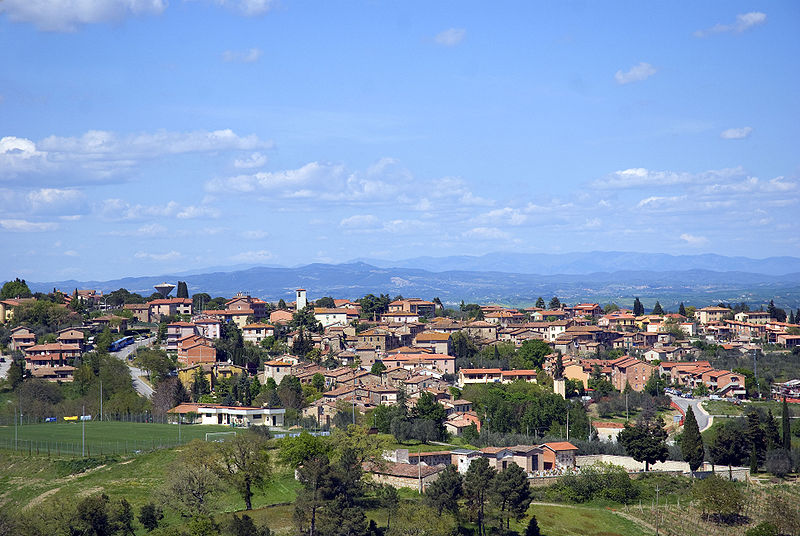 Murlo is a small town located in Tuscany, Italy in the province of Siena, located close to the cities of Siena and Florence. The town is quite small, with an area of 116 sq km and a population of roughly 2500. Located on top of a hill, the economy of Murlo is mainly based on agriculture, cattle breeding and olives.

It is believed that the town was first founded in the 12th century when the castle was built here and then the community of Murlo slowly started inhabiting the area around the castle. Murlo is not really a tourist destination; however, people who want to experience authentic Tuscan village life tend to come to the town to experience its laid back lifestyle.

There are only a few modes of transportation which tourists can use for reaching Murlo. The easiest way to reach the town is by buses. There are a few buses that leave for Murlo from Florence and Siena at regular intervals on most days. There are also a few buses which reach the town from other smaller towns and villages in the province. Buses are generally quite comfortable and regular. The tickets can be bought easily from the bus stations. Those who have their own cars can reach Murlo quite easily by road from Siena and Florence, which is the easiest way to reach the town.

While you are in Murlo, you should also visit the small town in the province of Pisa, Peccioli. 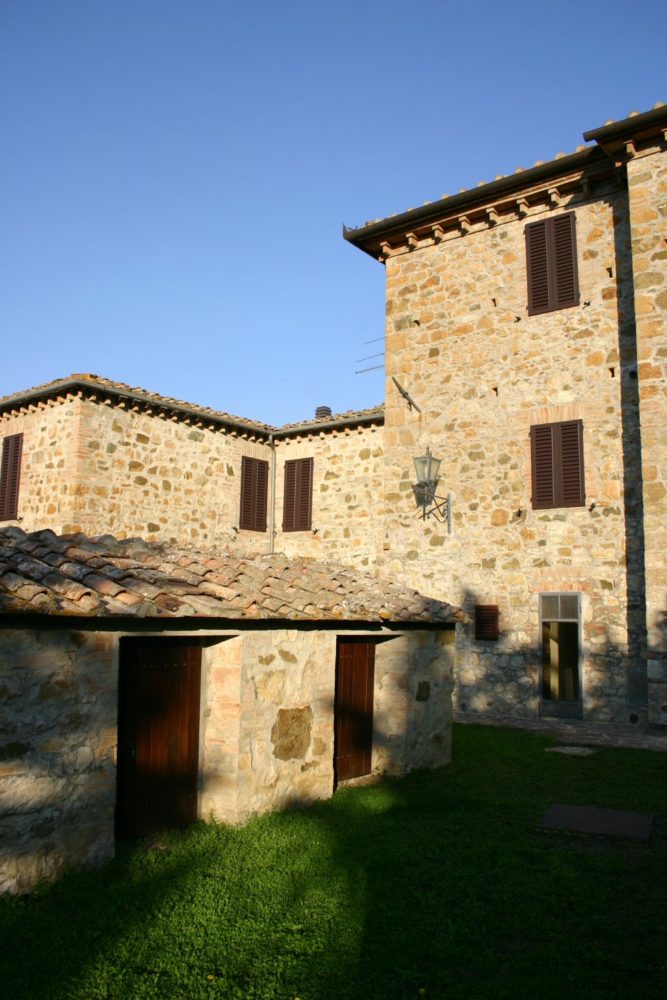 Murlo is not a very large town so visitors can easily explore it on foot. Most parts of the town can be explored on foot since streets here are not very traffic congested. Visitors can also use the local public buses which are used by the locals for moving around the town and for reaching the neighboring villages. Those who have their own vehicle can easily move around the city in their own car, except for the narrow streets in the historic center of the town.

The Palazzone of Murlo is also known as the big palace. The palace was originally built during the middle ages and has been restored and rebuilt a few times over the centuries. The palace is known as the big palace mainly because of its intimidating size. The community of Murlo is believed to have inhabited the region only after the construction of this palace. The palace is now home to the Etruscan Antiquarium Museum of Poggio Civitate which is one of the most interesting places to visit in Murlo. The museum occupies the first two floors of the palace.

The first floor has a collection of objects and artifacts that were found in the region of Poggio Civitate. Most archeological findings are believed to date back to the Etruscan ages. Visitors can also see how the local artisans manufacture gold, bronze and other items in the museum. The second floor of the museum allows visitors to admire the beautifully decorated roof of the palace which has been painted and decorated by local artisans over the centuries. 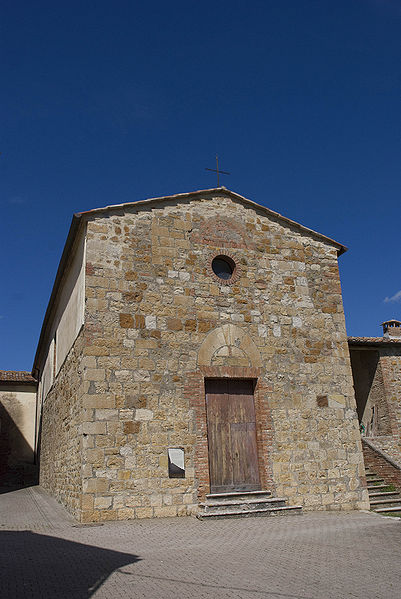 The Chiesa Di San Fortunato is one of the most important religious places in Murlo. The church was built around the 13th or the 14th centuries and is dedicated to Saint Fortunato. The architecture is quite plain and simple but the interior of the church is beautifully decorated.

The Palazzina is the smaller palace in Murlo which was built as a residence. Although not as large as the big palace, it is still worth visiting because of its beautiful architecture. The palace allows visitors to get a glimpse into the lifestyle of the wealthy natives that once resided in Murlo before centuries.

Fiesta in Collina is the feast on hills which is organized in Murlo every May. During the festival there are several folk shows, local matches, plays and various other exhibitions of local artisans. Visitors coming to Murlo can visit the feast to get a glimpse into country lifestyle. Visitors can also get a chance to sample some local delicacies that are typical to this region and some good local wines and fruit based liquors. 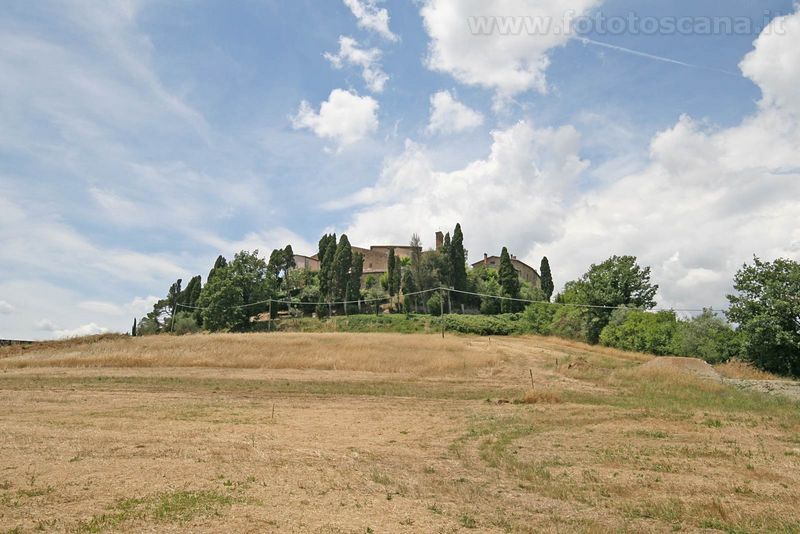 Murlo is not really a tourist place so there aren’t many accommodation options in the town. There are only a handful of small hotels which are converted from old villas and mansions. However, there are several hotels located in the cities nearby where most tourists prefer to stay rather than staying in Murlo. Some good hotels to try in town are hotel Mirella, Borgo La Bagnaia and L’Albergo Di Murlo. Most hotels are located close to the center of the town and rooms are easily available even in tourist season.

Murlo has a few good options for eating out. There are quite a lot of good restaurants, pizzerias, osterias and bars located in the town where locals mostly like to eat. Most of these restaurants serve local Tuscan dishes and Italian delicacies. The bars in Murlo have some good wine selections. There are also quite a lot of good pizzerias in Murlo where visitors can have a light lunch of freshly made pizzas. Visitors coming to Murlo should also try the traditional pastries and desserts available in most bakeries. Some good restaurants to try in Murlo are L’Albergo Di Murlo, Ristorante Pizzeria dell’Arco, La Locanda Del Castello, and Feudo Di Vescovado.

Murlo does not really have many places to shop. The best things to purchase in Murlo are olive oil and wine since the town is mainly famous for the production of good quality extra virgin olive oil and local wines. Quite a lot of wine shops in the town sell locally made wines as well as other fruit based liquors. Extra virgin olive oil can also be found easily in most food stores in Murlo. There are also a few shops around the center of town where visitors can purchase locally made pottery and wooden artifacts.