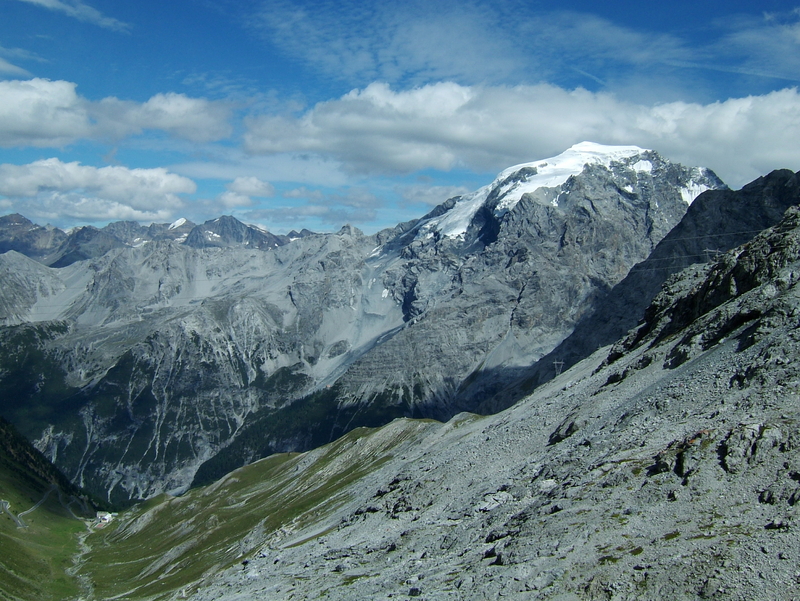 In the heart of Italy’s Central Alps is a park dominated by the Ortles-Cevedale massif group, where one can watch the majestic beauty of ice and water pouring from the summits into the waterways of the green valleys below. Lucky visitors will spy glaciers, grassland, imposing mountains and ridges, and luxuriant forests. There are also many rare plant and animals species to be found within Stelvio National Park and several scattered villages to visit and explore.

In Stelvio there is much evidence of the religious and rural architecture left behind over the centuries. Inside the national park visitors can enjoy various mountain chalets, villages, towns and cultivated lands. There are also several intact mountainous areas and lands where cultivation has been carried out for centuries. The landscape of the national park is quite unique due to the hydrogeological conditions in the area and its varied altitudes means many different types of plants and animals thrive here. 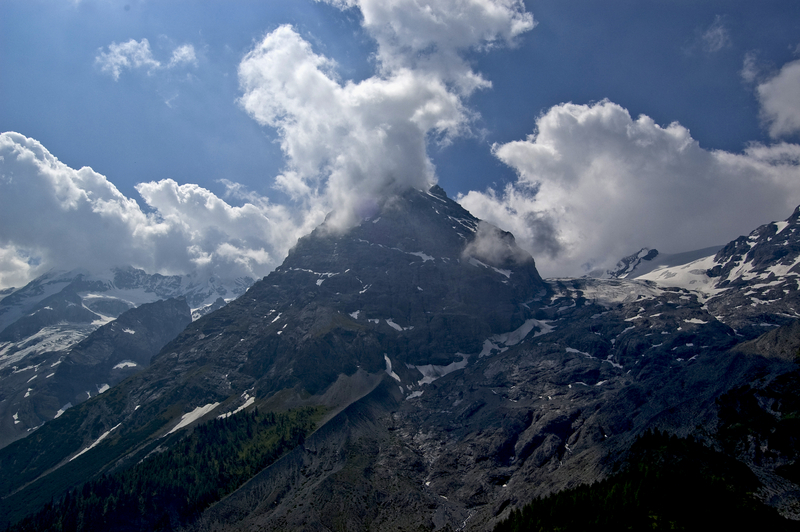 Several types of alpine flora can be found within the Stelvio National Park. Unfortunately, some of the large predators who used to live in the area have become extinct due to the destructive and intrusive activities of man. Today you may spot herds of roe and red deer, which live in the park’s thick woods. At the higher altitudes you can also find chamois, while wild goats can be seen roaming the valleys. Marmots, ermines and foxes, along with other types of animals like weasels, badgers, hares, and different types of squirrels, also make their homes at Stelvio.

There are also many different bird species in the park like crow, raven, chough, hazel grouses, capercaillies and woodpeckers. Other birds include golden eagles, bearded vultures, owls, sparrowhawks and buzzards. Within the streams and ponds there are many inhabitants and insects that complete the food chain in the area. 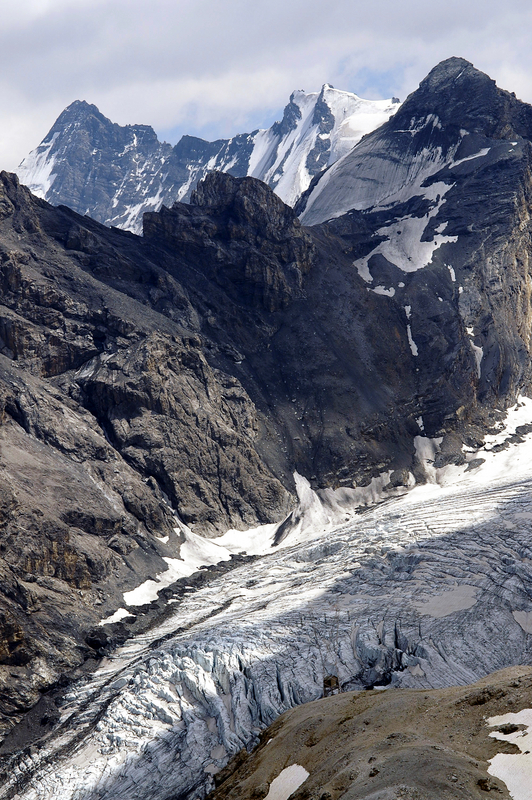 The different altitudes in the park mean a variety of soil conditions and varied microclimates that produce a wide array of beautiful floral species. The Ranunculacaea family can be found here growing at more than 3,500 meters above sea level. Other species include Drosera rotundifolia, Linnea borealis and Soldanella pusilla.

The valleys and peaks of this area have been formed over millennia due to natural processes and events. In recent years human beings have also contributed to the shape and nature of the landscape. Deforestation was carried out to make room for houses, pastures and infrastructure. Man also created terraces for agriculture while tilling the ground, creating roads and mule tracks and mines.

Over the last couple of decades basins have been created for hydroelectric purposes. The valleys and towns of the national part bear many marks of the people who have lived here over the centuries including religious and rural architecture, mills and ancient factories.

There are many different and amazing places in the Alps from Valle d’Aosta all the way to the stunning Trentino – Alto Adige region. If you’re planning a few days trip in Valli Giudicarie, or anywhere else in the Alps, you should prepare for some stunning views!

One of the interesting places to visit in the park is the Rezia Botanical Garden, which has more than 2,500 vegetal species cultivated in four different sections, an extensive tree collection among others. The flowerbeds here are especially beautiful and they contain some of the rarest fauna in Stelvio. The best time to visit the garden is in June and July when the majority of plants are in full bloom. 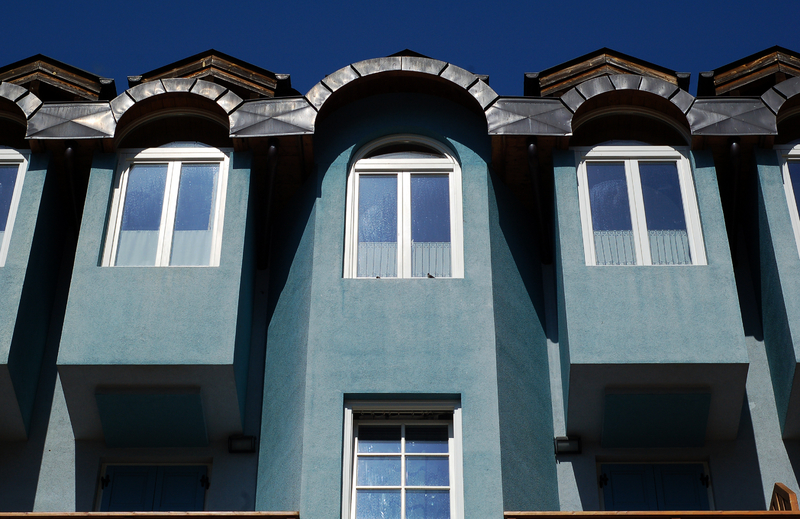 Val di Rabbi is located on a steep slope and is the park’s educational and entertainment area. From here you can explore twenty large larches that date back centuries and are concentrated on mountains with peaks as high as 2,000 meters. The Monumental Larches Staircase is a project that paints these trees as protagonists in the life and story of the park. The itinerary and route is paced out over 700 steps.

The Peio is rich in wildlife include roe and red deer and is located along the road that leads to Peio Paese from Peio Fonti. You can find an information center at Casa dei Cervi (House of the Deer) and there is also easy access to several protected areas from this point.

Casèl di Somrabbi is also a very interesting place. The old cheese factory was built where it now stands in 1858. Today it is an exhibition center where more than 125 different tools, once used by locals to process milk and make cheese in the traditional fashion, are displayed. There is a large fireplace and caldrons in the main entrance hall, which are the main symbols of the museum. The exhibit itself has descriptive tags and panels and many images that illustrate the various stages of processing milk and making cheese as it was done in centuries past.

The Pradèi-Bedolédi Botanic Trail is a relaxing walk that can be taken along with a guide who will explain the local vegetation. You can catch the tour from Cogolo, Peio Paese or Peio Fonti.

If you like bird watching head to Malga Talè, about 3 kilometers from Peio Paese. If archaeology is more your speed you will probably want to head to the Venostano Museum, which showcases finds from the Ganglegg prehistorical settlement (take note that the museum is closed on Mondays). You can almost imagine what life was like in medieval times when you step foot in the town of Città di Glorenza with its walls, towers and porticos. Other gorgeous buildings in the area include Castel Coira (built in the 12th century it was made into a glorious Renaissance residence by the Earls Trapp), Castelbello Castle, Castel Juval (built in the 13th century it was once home to Reinhold Messner a great adventurer and writer), Monte Maria Abbey and San Giovanni Monastery.

Of course, while in the park you will want to sample some local delicacies. You should try fried dough Krapfens, strudels, and the various delicious cheeses made here (including Bitto, Casolet and Grana Trentino). Also delicious is Speck, Val Venosta rye bread and Kaminwurz smoked ham.