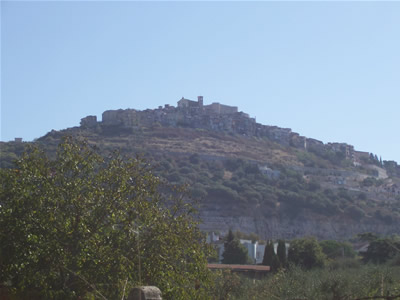 In the heart of the lush Lucertili Mountains, in the small town of San Polo dei Cavalieri, about 30km from Rome, is the Castello Orsini Cesi Borghese. Centuries ago the castle was built as a strategic defence fortress and today it is a monument to the area’s long and rich history. If you are staying in the area or taking a day trip from Rome keep a look out for the castle, which is hard to miss from its perch atop a high hill. The fortress dominates the entire valley including the Tiber, the river that leads to the Eternal City. The Castello Orsini Cesi Borghese is certainly a stop you should pencil into your sightseeing, both for its architecture and its well preserved frescoes.

If you are interested in the museum adjacent to the castle it is open to visitors Saturdays and Sundays from 10:30 am to 1:30pm and from 4:30pm to 7:30pm. Visitor assistance is provided by Latium Vetus, a Latin Archaeology Group, that also provides guide services upon request. If you are a group of five or more you can make an appointment for a private tour for hours other than those stated above. 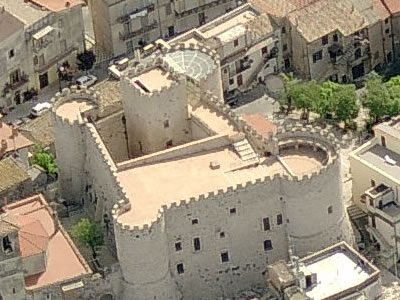 The History of the Castle

Originally, the castle was built as a fortified watchtower that stood in the middle of the Fondum Sancti Pauli. Its high location was perfect for scouting and defence. The first recorded mention of the fortress was in 978 AD when Pope Benedict VII mentioned a tower in the same area. The fortress had originally belonged to the Knights Template Order of Malta and in the 11th century was passed into the hands of Saint Paul’s monastery.

In 1390 the building was transformed into a castle by the Orsini family. The fortifications were completed in 1438, at which point the structure was entirely transformed. In 1558 the Cesi family purchased the castle for approximately 7,000 crowns. These were the castle’s peak years of glory, which lasted until 1656 when a plague hit the town and the palace was once again sold off. This time the property was purchased by the Borghese family, who retained it until 1860.

In the 20th century the castle made its way back to the Borghese family, inherited by Princess Anna Maria. In 1994 it was once again sold, this time at auction. The buyer went on to sell the castle to an architect the following year after which additional restoration work was undertaken and several beautiful frescoes were added to the interior. Today the castle remains a privately owned property.

The structure was built in a rectangular shape with a central keep and semi-cylindrical towers located at the four corners of the estate. At the base of the structure is a large embankment and crown, which have been completely restored, as well as a marble walkway guard and a series of shelves. 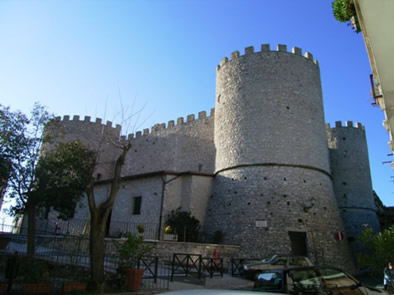 When the fortress was purchased by the Orsinis new fortifications were added and only the old tower was kept in its original form. During these restorations extensive work was done to the interior of the castle including the addition of lavish rooms and beautiful artwork and frescoes by Taddeo Zuccari and Cesi Federico.

Along with being fortress and castle the property has had many uses over the years, including being used as a granary in the time of Cesi ownership. By the time the castle was sold to the Borghese family it required quite a bit of restoration work.

Today the castle is privately owned and is used for various cultural and social events including receptions, exhibitions, concerts, conferences and meetings. The history and charm of the castle make it ideal for such events. 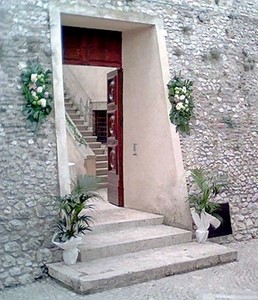 The part of the castle that is devoted to social and cultural activities consists of eight different rooms, which have seating capacities that range from 30 to 80 people. There is also a large hallway and a conference room. The lobby and the small chapel are also available for public use.

Located close to the castle is a Museum of Prehistory that draws many tourists every year.

The hilltop town, located 30km from Rome, is home to about 2,000 people and offers all the amenities of a quaint village including bars, small shops, restaurants, an antique shop and much more. The historical center of the town, with its narrow streets and charming piazzas, is perfect for exploring for a weekend. Keep in mind that the population of the town almost doubles in the summer months.

San Polo was founded in the 11th century by monks and in the 14th century the town was given to the Orsini family by Pope Boniface IX as a reward for their loyalty to the church. In 1603 Federico Cesi founded the Accademia dei Lincei, which included Galileo amongst its members, in the town.