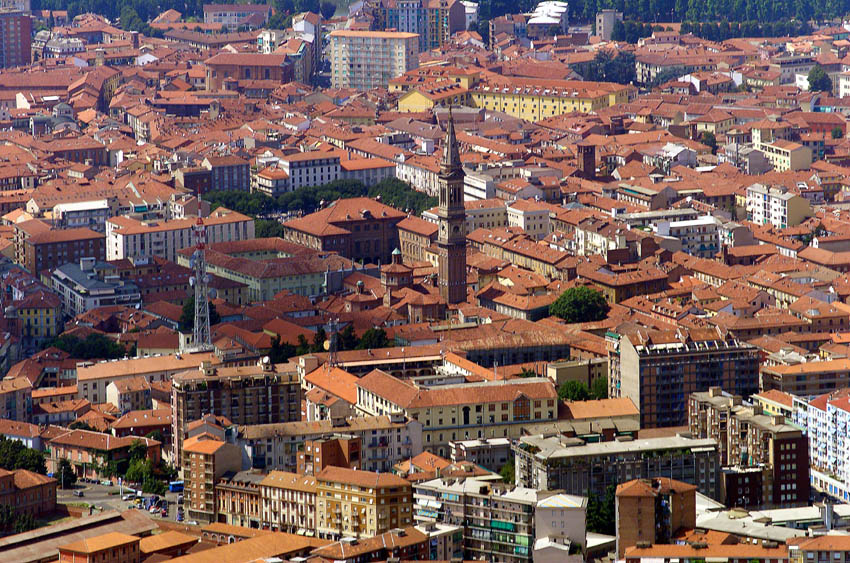 The romance languages have long been thought of as beautiful languages to speak.  Vowels roll off of the tongue in ways that make the words come out in song rather than in prose, or so it seems.  The nouns used in these languages are no different.  Persons, things and especially places come alive when said out loud.  As we travel around the Italian peninsula we find no shortage of cities and towns with names and cultures that make these images come to life.  The town of Alessandria is one such place.  The name is as beautiful as its culture.

Located in the north western part of the country, it is situated in the Piedmont region.  Serving as the capital of the Province of Alessandria, it sits between the Tanaro and Bormida rivers about 90 km south east of the thriving metropolis of Turin.  To give one a sense of how far or near you are to a different climate in any part of Italy, Turin was the site of the 2006 Winter Olympics.  However, Alessandria enjoys a more traditional Mediterranean climate which is associated more with the southern regions of the country.  So, no matter where you are, you are not far away from whatever natural environment you would like.

Although an urban center was already present here, records show that Alessandria’s birth dates back to 1168.  It was set up to act as a fortress and stronghold for the Lombard League.  The Lombard League was an alliance formed to counter the Holy Roman Empire’s Frederick I.  The alliance included most of the cities of northern Italy, including Milan, Cremona, Brescia, Bologna, Venice and Verona, among others.  The city was located in the midst of a staunch ally of the Emperor and took on the name to honor the Emperor’s foe, Pope Alexander III.  A particular harrowing situation took place in the years 1174-1175, when the stronghold was severely attacked by Imperial forces. 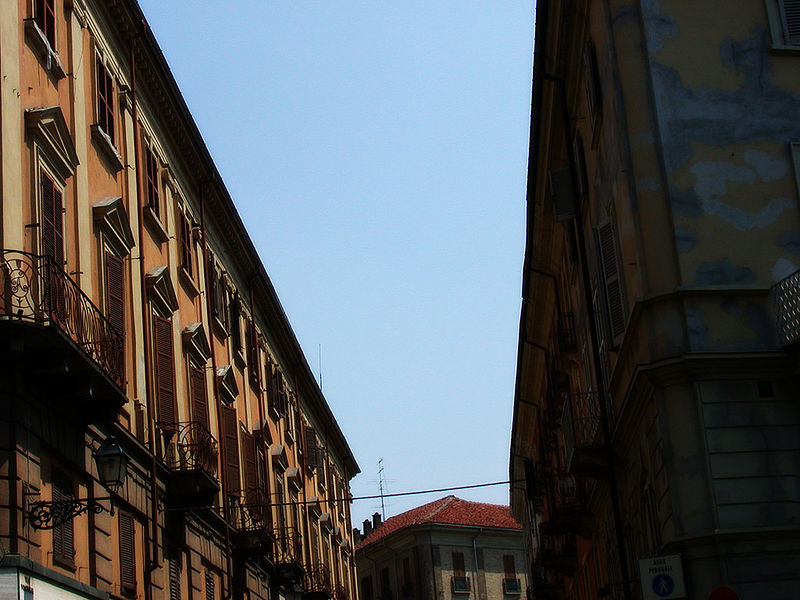 There is a legend, perpetuated by Italian author Umberto Eco’s book Baudolino, that said the city was saved during this time by a quick thinking townsman named Gagliaudo.  As the legend goes, Gagliaudo fed his cow with the last grain remaining in the city, then took the cow outside of the city until he came to the enemy camp.  They captured him and his cow.  The cow was then slaughtered to be cooked and eaten.  When the cow’s stomach was cut open the enemy found it filled with grain.  When questioned why he was wasting such a rich meal, Gagliaudo responded that he was forced to feed his cow grain because there was such an abundance of it in the city that there was no place to put it.  With this knowledge Frederick’s army realized that perhaps the siege would take much too long and abandoned the plan, and let Alessandria free.  There are some who believe that, more likely, a disease like malaria may have forced the Imperial forces out.  There is actually a statue of Gagliaudo in the city cathedral.  The city was declared a free commune in 1198 but continued to have conflicts with some of the other communes within the area. 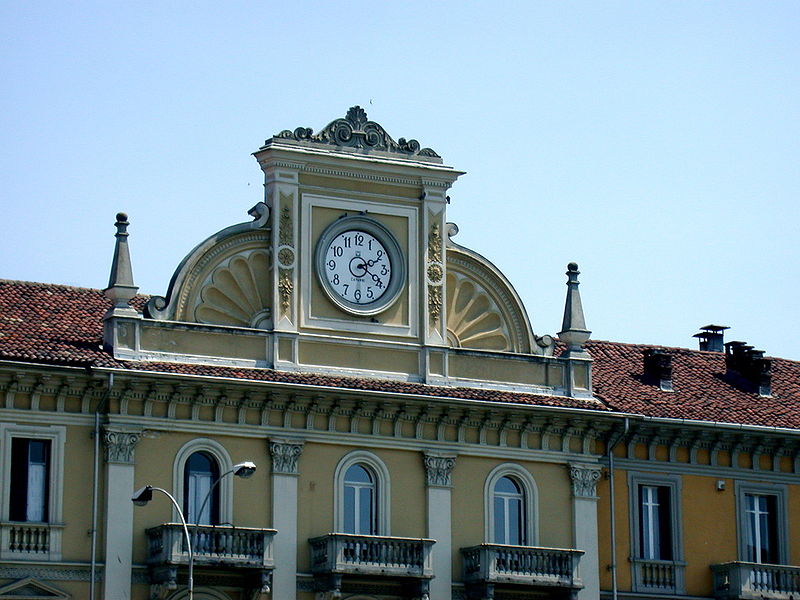 Much of this area of the country has some historical brush with the French and Alessandria is no exception.  After the Battle of Marengo in 1800, the city fell to the French and became the capital of the Napoleonic Department of Marengo.  The Battle of Marengo was fought in June, 1800 between the French, under Napoleon, and Austrian forces.  The French defeated the Austrians and drove them out of Italy, further consolidating Napoleon’s image back in Paris.  During this time the French built a massive fort, of which the barracks are still used today as a military post.  In the suburb of Spinetto, a reenactment of the Battle of Marengo is repeated each year on June 14.  The Marengo Battle Museum details much of the battle and houses some interesting artifacts from that historic event.

From 1814 the area was territory of the House of Savoy and part of the Kingdom of Sardinia.  The city was a liberal bastion during the years of the Risorgimento.  During World War II, Alessandria was an important military target for the allies.  Because of this, the city was hammered by repeated bombing raids.  The worst of these raids occurred on April 30, 1944 and April 5, 1945.  Almost 400 dead in these two raids, together with many wounded, closed out a harrowing time for the inhabitants.  At the end of April of 1945, the city was finally rid of its German occupiers by partisan resistors and the troops of the Brazilian Expeditionary Force.  A natural disaster also besieged the city in November 1994, when the Tanaro River flooded a portion of the city causing major damage.

As for sites, the Antiquarium Forum Fulvii, in Via Oviglio, is an interesting visit for anyone coming to Alessandria.  Forum Fulvii was a small Celtic, then a later Roman settlement on the Via Fulvia.  The Via Fulvia was a much travelled road in North West Italy.  The settlement flourished between the 2nd and 3rd centuries BCE.  Because of its location close to the Tanaro and Via Fulvia it was the center for trade and the manufacture of glass, ceramics and iron products.  It eventually was abandoned, most likely because of repeated flooding from the two rivers.  In 2007, during an engineering project to lay a methane pipeline, an ancient pipeline was discovered.  Many believe this pipeline carried water from the Tarano River to Forum Fulvii.  The Antiquarium displays finds from the excavations and provides the visitor with information on the site of the Roman town. 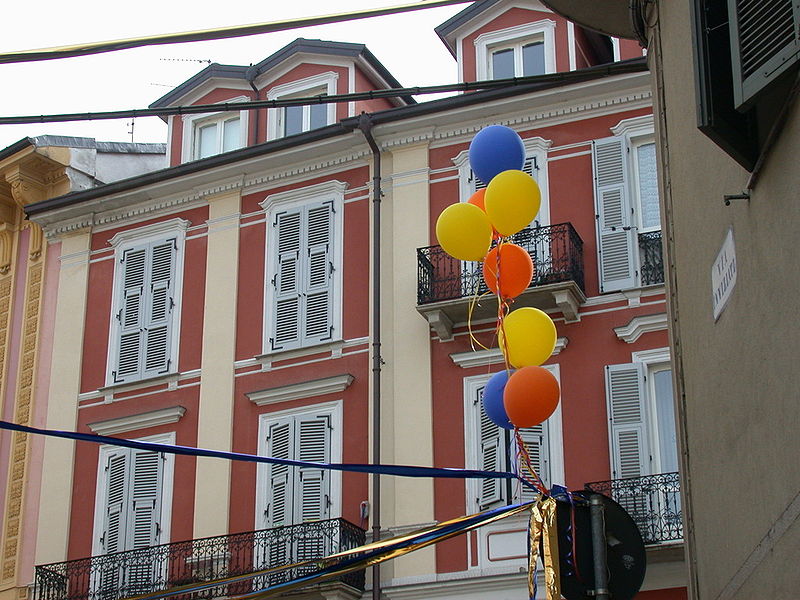 Music plays an important role in town as well.  This is evidenced by the fact that the annual Fraskettando Ska Blues/Jazz Festival is held here every July.  The festival has attracted the likes of Taj Mahal, Eddie Floyd, Al Di Meola, Soft Machine, and many others.  In addition, the Michele Pittaluga International Classical Guitar Competition is held here.  This is a musical competition for young classical guitarists.

Again, because of its location, Alessandria is located on a major railway hub, so getting here to see some of the music festivals or some of the ancient sites like the cathedral, which dates back to 1170, the Santa Maria di Castello from the 15th century or the 15th century Episcopal palace is relatively easy.

Come to Alessandria and enjoy.  The city is waiting.