Religion is an all-pervasive force in Italy and one cannot know the true nature of this country and its people without understanding the role faith plays in Italian life. Travelers to Italy have no choice but to visit the churches, shrines and monasteries if they want to examine some of the greatest art and architecture ever created. Not to mention the great masterpieces of the Renaissance are mostly religious in nature. Unlike many churches in other European countries, the churches in Italy are not museums and small but active congregations keep even remote parishes alive. 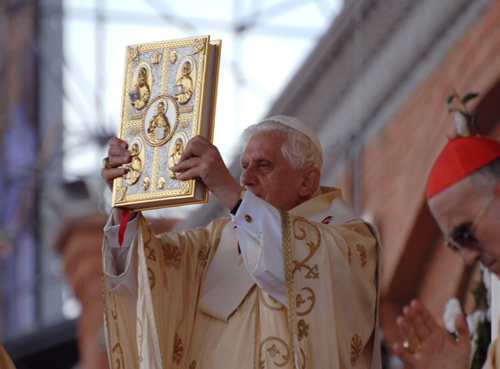 Rome has been a religious capital for thousands of years and the Eternal City is still the focal point for the world’s over one billion Roman Catholics. For the faithful traveler a visit to the hundreds of churches within Rome, with their amazing number of holy relics could be a pilgrimage all on its own. The Pope is not only the head of the Catholic Church; he is Bishop of Rome and successor to Rome’s first bishop, Saint Peter. However, his title of Pontifex Maximus is of even older origins and dates back to the founding of Rome.

Italy has been a land of deep faith since time immemorial and its landscape is still dotted with the beliefs of the past. Throughout Italy are Christian holy sites that have been venerated for thousands of years, even in pagan times. Countless churches in Italy are built from ancient Roman temples, or above shrines of the old mystery religions such as Mithraism.

Although the daily masses are usually occupied by a dwindling population of old women, and monasteries are almost empty, feast days and religious holidays still see the churches filled to capacity. The shrines and tombs of Catholic Saints including the very popular Saint Francis of Assisi can be found in Italy and still attract thousands of pilgrims each year from all corners of the world. Be it a small mountain chapel in Val d’Aosta or the Norman/Byzantine Cathedral of Monreale in Sicily the faith of the Italian people is well represented.