Lasagne, pizza and carbonara are certainly conventional recipes that should never be missing in the recipe book of Italian food lovers abroad. However, Italian cooking has a range of dishes that comes from a past tradition: some have more sophisticated and complex tastes that may be totally unknown abroad, while others are very easy to cook and have their roots in the principle of re-cooking left-overs. They are linked to a legendary cooking tradition that has created Italian cooking style itself, and this is the reason why some of these dishes have become classics.

This might be considered by many a strange combination, but the famous Italian saying “Al contadino non far sapere quant’è buono il cacio con le pere”, don’t tell a farmer how delicious cheese with pears is, shows that eating cheese with pears is an old habit. The combination of marmelades and sweet sauces with cheese seems today a real fashion in Italian restaurants, but it finds its roots in farmers and country people’s habit to eat cheese with fruit. 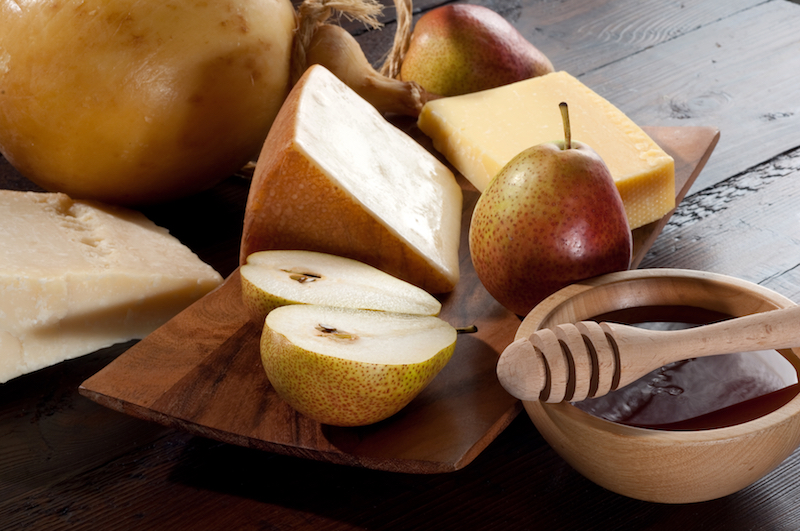 Although the name insalata may suggest a very light dish, this is a pretty full-on recipe, with several ingredients. The term “rinforzo“, support, is indicative of how substantial this dish is. It is a Christmas recipe of the region of Campania and it has been part of Italian cooking tradition of this period of the year at least since 1800, when it already existed. It is called so because, in the past, Christmas’ Eve’s dinner was quite poor, just spaghetti and some fish, and the salad served with it was simply made up of cauliflowers, papaccelle (a type of local pepper), olives, capers and anchovies. Then, day after day, the salad was “strenghtened” with other ingredients like codfish and left-overs – this is the reason behind the name, rinforzo, which means just that, strenghtened –  until New Year’s Eve. Today, it is still on the Neapolitan tables and some would say it is not really Christmas without it. 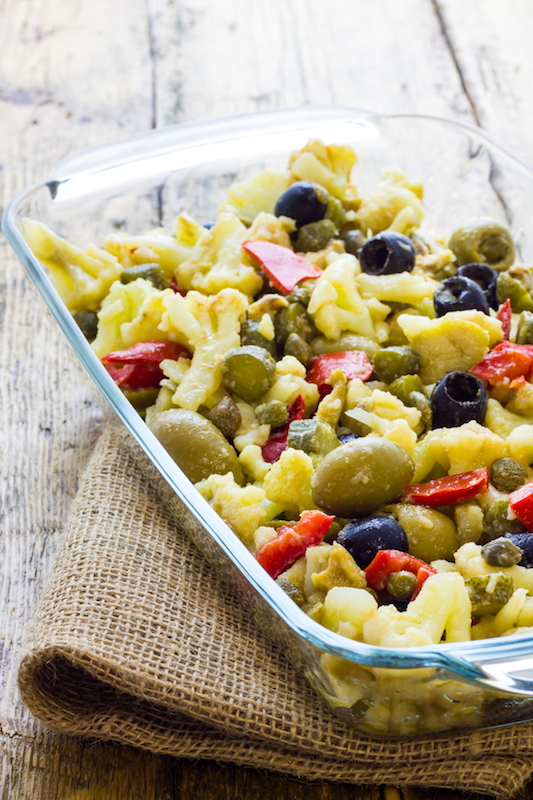 This recipe comes from Lazio and Abruzzo‘s old cooking tradition. Everyone who eats at a local trattoria in these regions will find it. Today, pasta cacio e pepe is widely appreciated and served as a delicacy, however in the past it was typically associated to shepherds moving between Lazio and Abruzzo, who used to lunch with whatever was at hand. They would always carry cheese, pasta and some black pepper. Here it comes, then, the pasta cacio e pepe, where the secret is in the sauce made with the grated cheese and some of the cooking water of the pasta itself. 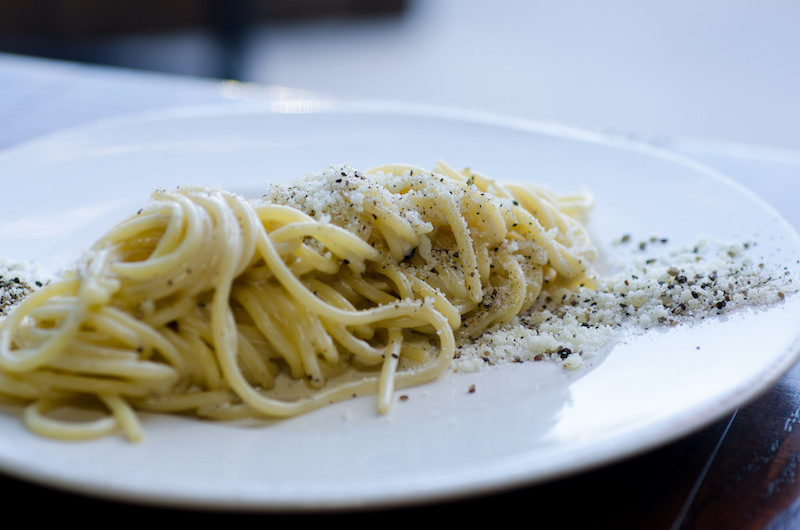 Many ricette povere, poor recipes, are based on the use of poor ingredients and on the principle of using what is left in the drawer or fridge of the kitchen. This is also the case of frittata di pasta; when people cooked pasta either with tomato sauce or not and there was some left uneaten, people did not throw it in the bin, because it was considered a waste. A good solution was mixing it with eggs and cook a frittata. Today, a lot of people no longer make it with leftovers, but cook pasta exclusively to prepare a frittata: this is how popular and loved this recipe is! Moreover, the frittata di pasta is a perfect piatto freddo to bring along if you go for a picnic or just want something quick to eat on the go. Add some pepper and cheese on top and have it instead of a sandwich next time you have to choose a quick lunch. 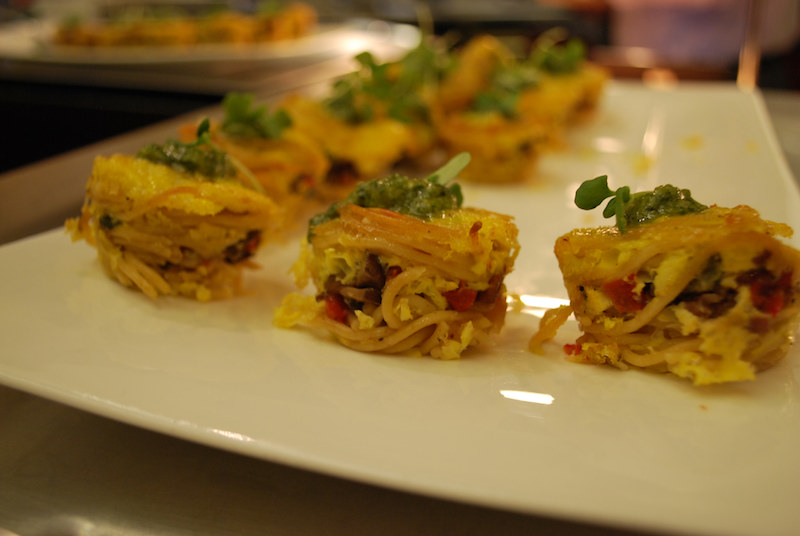 Literally, zuppa di pancotto means “cooked bread soup” and it is a dish typical of the northern, colder regions of Italy. Bread is softened in water or milk and cooked in it, with the addition of olive oil, greated parmesan cheese, salt and oregano. In some parts of Trentino it is also served with bacon and eggs.

Though easy and made with simple ingredients, these recipes are part of Italian cooking tradition and are still widely appreciated and included in our most prestigious recipe books. They may not be trendy, but they are a sure manner to appreciate a slice of good, old fashioned Italian traditional cuisine. Also, if you’re looking for frugal meals, the traditional Italian “poor dishes” are actually amazing and delicious picks.

HOW ABOUT POOR MANS MEALS FROM THE SOUTHERN PART OF ITALY LIKE CALABRIA AND SICILY AS WELL
WHEN GROWING UP POOR I REMEMBER POOR MANS MEAL CONSISTING OF THREE INGREDIENTS, PASTA AND GARLIC WERE TWO OF THEM OLIVE OIL WAS A CONSTANT , BUT I REMEMBER AS A CHILD , MEALS LIKE PASTA AND CECI (GARBANZO BEANS ) OTHERS WOULD BE WITH PEAS OR MOST ANY VEGGIES , SOMETIMES NOTHING MORE THAN PASTA FRIED GARLIC AND OLIVE OIL WITH GRATED ROMANO CHEESE