When it comes to babies, ancient, traditional and foreign names have all marked significant trends, with relatively clear opposing tendencies: one supporting tradition, the other innovation.

In the past, naming a baby was a family matter: names strongly associated with the family where passed on through generations, and they were mainly linked to saints and religious names. However, it was not only faith to call for such a habit, it was, quite simply,  just a common thing to do, as for many it was important to honor and remember ancestors by keeping their presence alive in the family, and naming a newborn after them was an easy and effective manner to do it.

Although this is no longer, today, as popular as it used to be, using traditional family names is still common practice all over the country.

Mirror to a more traditional approach to child naming, is also the trend of choosing a moniker rooted in Classical tradition. This has always been relatively common in Italy, as Roman and Greek heritage are considered, rightly, as integrant part of the country’s history and culture.

At the total opposite extreme of the spectrum stands the growing practice to choose more modern names, which have become particularly fashionable in recent years. When it comes to naming their kids, many young Italians have begun to think of American tv and movies: in the last years, for instance, a lot of baby girls have been called “Emma”, very likely after Rachel and Ross’ daughter in the hit sitcom Friends.

However, media popularity has not only helped foreign names to become trendy, but also some Italian ones.

And when it comes to media inspiration, music is at the top of the list:  “Aurora” turned popular when Eros Ramazzotti dedicated a song L’Aurora, to his daughter Aurora. “Giulia” and “Sara” are also famous for their musical presence. One of our collaborators, Katty, born in 1977, has been named after the title of a popular song of the time, Piccola Katy , by Pooh.

Another trend that was particularly common especially in the 70’s and early 80’s was to name children after geographical locations: “Asia”, “Italia”, “Grecia” can all be found with relative ease among Italian patronimics. Think of popular actress Asia Argento, for instance!

The rules followed by the Ufficio Anagrafe, the Office of Vital Statistics, concerning the recording of the names of newborn babies have changed in the course of time. Today’s most relevant regulations are that:

More or less traditional, here is the list of the most famous Italian names given in Italy in 2012, and  elaborated by the Italian Institute of Statistics, Istat: 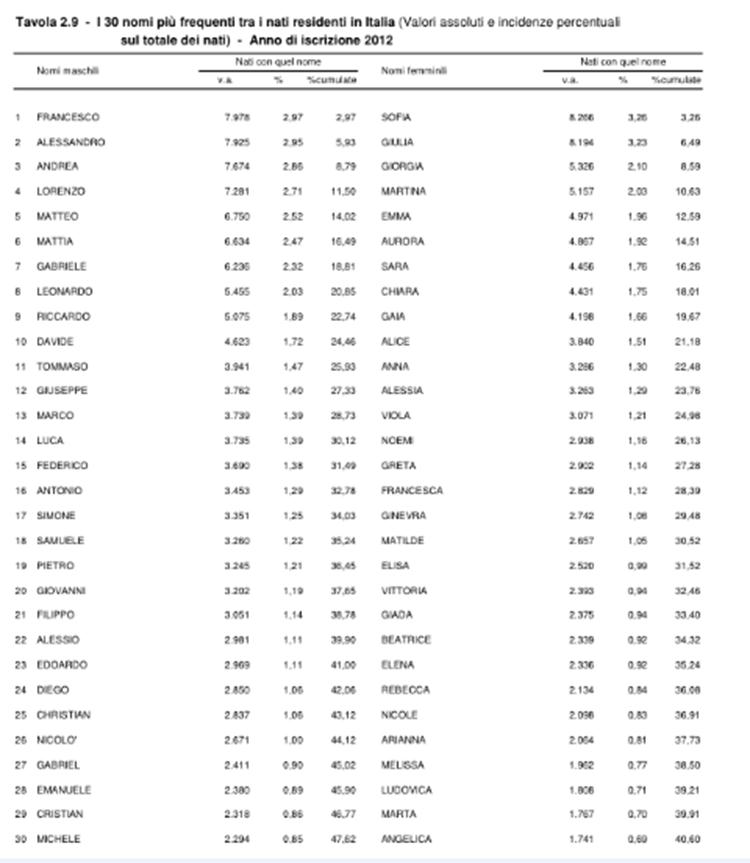 Here follows the table with the most widespread names according to Italian region: 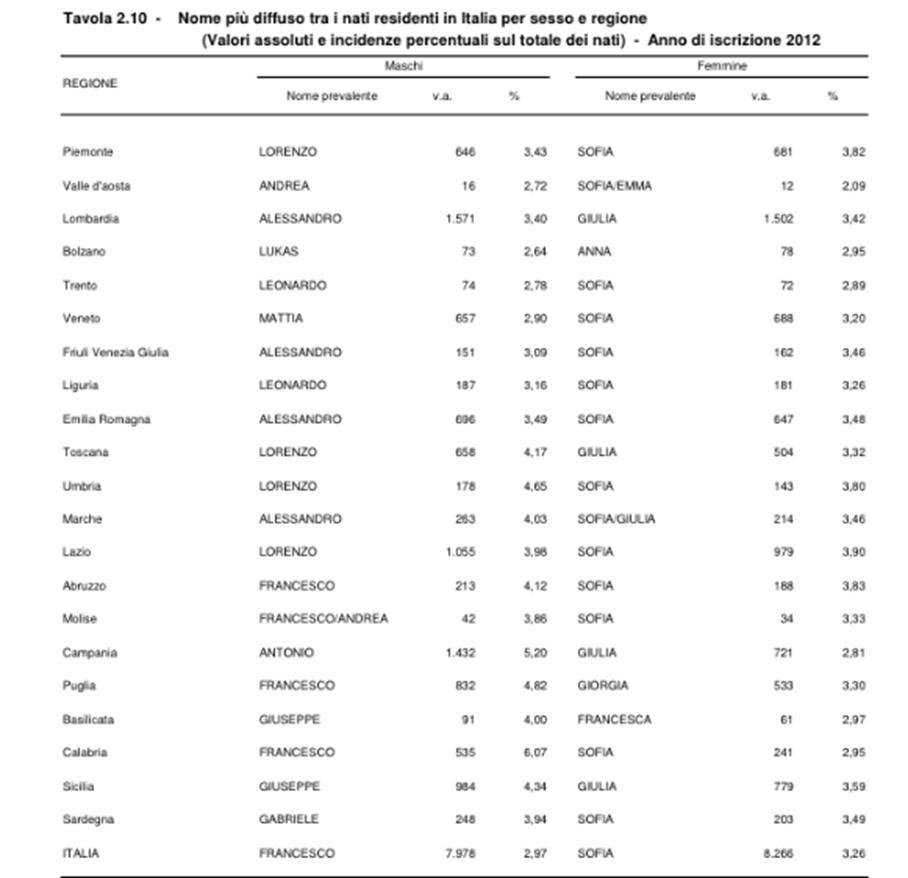