History of Italian Television the 50s

The 1950s marks the first decade that television was available in Italian homes and this chapter of the country’s TV history is really the story of its public channel, RAI: truly, speaking of Italian television in the 1950s means speaking  of RAI.

Until the 1970s when private channels began appearing, Radio Audizioni Italiane (RAI), which is now known as Radiotelevisione Italiana, was the sole broadcaster in Italy. The state owned public service broadcaster is the first company that brought daily programming to everyday Italians.

The 50s were a time of innovative thinking and the birth of TV show formats that are still used in Italy to this day. In general Italian television, especially its talk and variety shows, is known for its excess and for being decidedly celebrity-centric. Some of the television shows aired in those first years of broadcasting remain on the air in 2010, a testimony to the strength of the formats and their mass appeal.

Italian television in the 1950s: what do  we still  watch today?

One television show ingrained in the Italian cultural psyche, which is now part of Italian television history, is La Domenica Sportiva (“Sporting Sunday”). Airing every Sunday for decades, La Domenica Sportiva is one of the oldest, most watched and longest standing programs on RAI. The first experiments with this program date back to October 1953, three months before the official launch of broadcasting. When RAI went live La Domenica Sportiva was one of the first programs ready to air weekly installments. The show’s focus is largely calcio (or football; soccer to Americans), the Italian national sport, although there are often segments about sports ranging from Formula 1 to swimming, motorcycle racing to basketball. For the first ten years of its history the show was a terse newscast listing the results of matches and presenting some grainy video clips of the week’s most important games. Today Italy has a host of other soccer and sports shows, but La Domenica Sportiva remains, albeit in an evolved form. The modern version is held as more of a round table of journalists, ex-players and referees, comedians and other personalities. There are detailed replays of each game, along with a dissection of plays and referee calls, as well as interviews with coaches, presidents and players. And, as is the way with Italians, lots of talking and opinions.

1955 saw the launch of another famous Italian television show, Lascia o Raddoppia? (Leave or Double It?) a kind of precursor to modern day game shows like Deal or No Deal? The first game show aired in Italy, Lascia was hosted by the legendary, American-born Mike Bongiorno. It was also the show that launched the concept of the valletta, a charming female assistant to the host, which years later has evolved into the “velina”. Edy Campagnoli, the most famous valletta of Lascia o Raddoppia?, had a very limited role: all she had to do was take the contestant into the soundproof cabin. Despite this La Campagnoli quickly became one of the most famous and iconic figures in Italian television and began the tradition of TV assistants dating and marrying football (soccer) players. 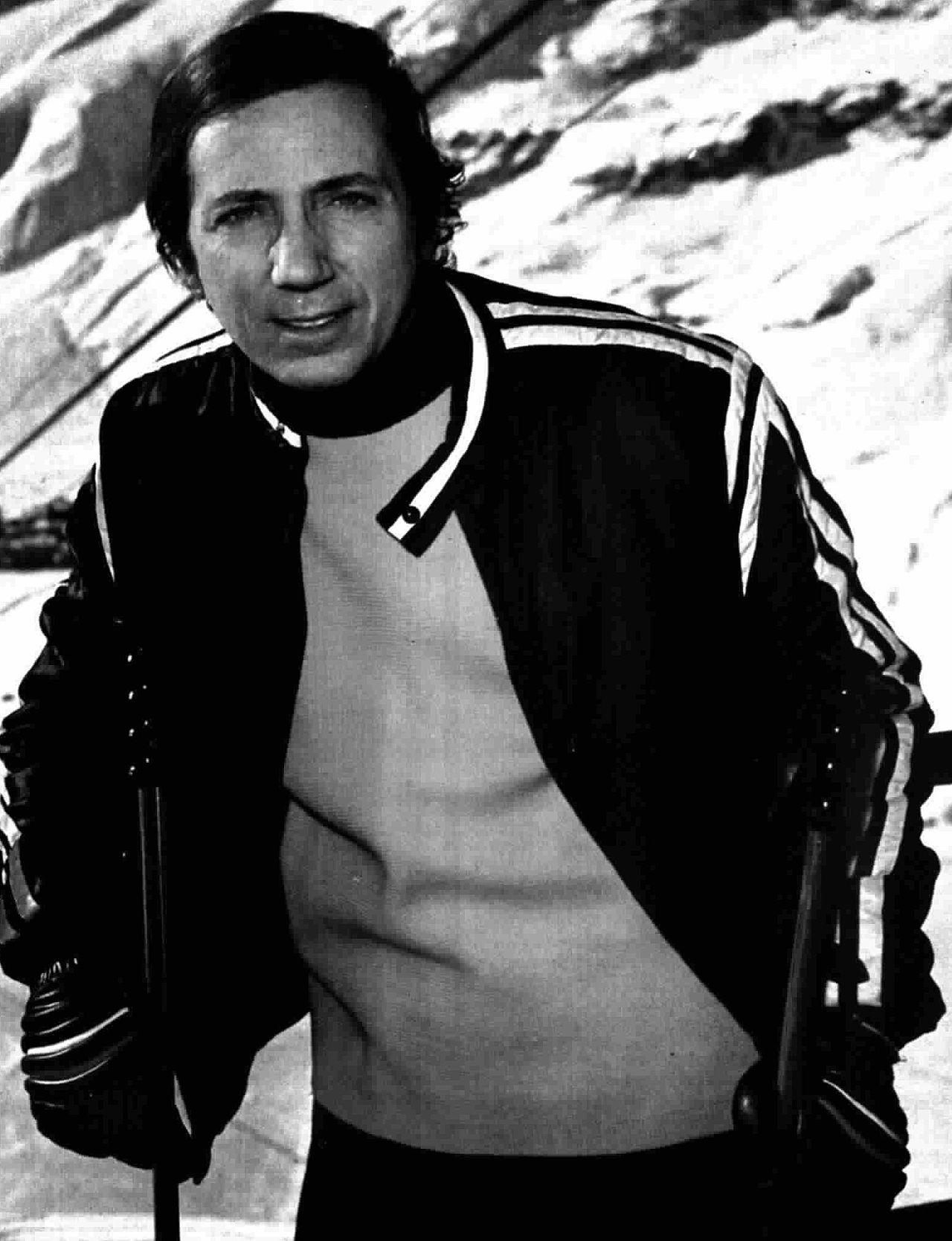 The show’s host, Mike Bongiorno, passed away in 2009 and is a legend of Italian TV. He created and hosted some of the most famous and longest lasting shows in Italian television history and is considered one of the fathers of Italian TV. An Italo-American with a past as a partisan fighter during World War II, Bongiorno was famous for his professional attitude that, in rare cases, gave way to a fiery and hot temper. The host was also well known for his papere or mistakes–slips of the tongue that created moments of embarrassing hilarity.

In 1959 the first episode of Canzonissima aired. This program would become beloved by the Italian people, combining a singing contest with stand up comedians, comedy sketches, dance routines and soubrettes. The comedy parts of the show were entrusted to some of the biggest names of Italian cinema like first rate actors Ugo Tognazzi, Walter Chiari, Raimondo Vianello and Nino Manfredi. Canzonissima was also the stage that launched the career of many famous soubrettes, the showgirls that quickly competed against actors for the covers of gossip magazines. And Canzonissima wasn’t the only show hosted by popular actors, in 1959 a new show debuted that was hosted by and dedicated to the legendary Vittorio Gassman called Il Mattatore. Gassman was a complete actor capable of acting in slapstick and screwball comedies and dramatic, tense movies and theatrical pieces.

In its first years, Italian TV didn’t offer only sports and entertainment, but presented itself as one of the most cultural and educative programmers in Europe. When television debuted in Italy the country had a high rate of illiteracy and the government used the new medium to target the problem and try to teach people how to read and write. The basic teachings of elementary school were aired during a TV show called Non è Mai Troppo Tardi (It’s Never Too Late).

The first years of television in Italy introduced a notable change in the country’s culture. Not only did TV help to educate those who had not had an opportunity to attend school or leave their towns, but these early years introduced some of the most beloved programs in Italian TV. Some of these programs, like the sports stalwart La Domenica Sportiva, are still on the air today.