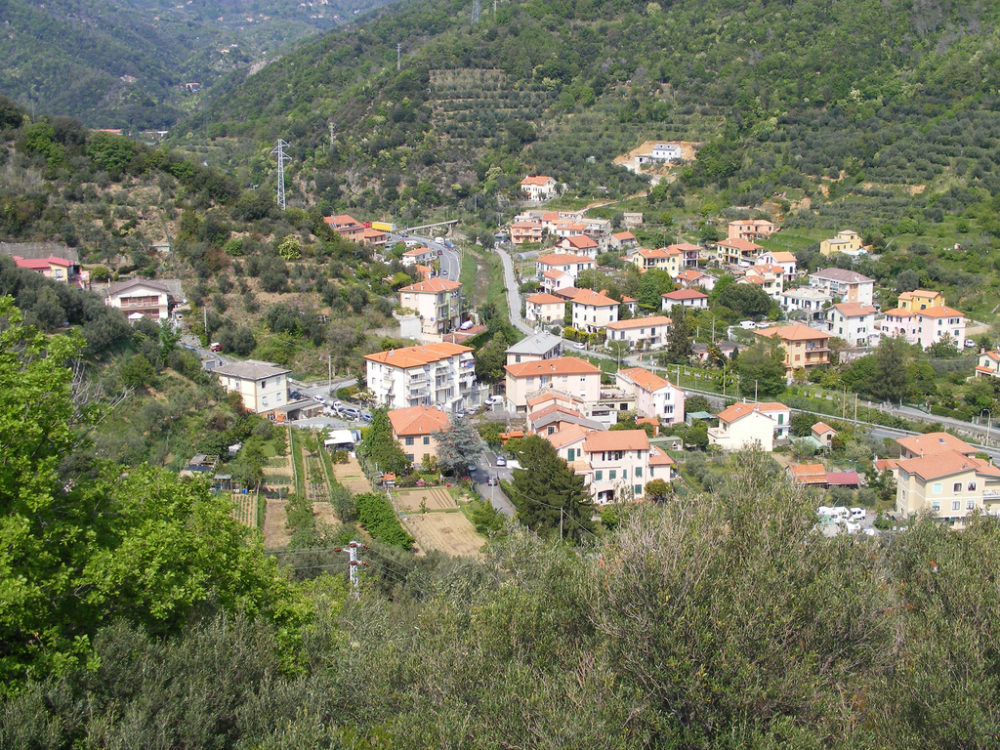 Il Castellaro is a small castle located on a hill in the cozy town of Albisola Superiore, in the province of Savona in Liguria. The remains of the castle can be found in the area where the Sansobbia and Riobasco Valleys meet, very close to the famous church of San Nicola. The mild climate and charm of Albisola, along with its impressive architecture and ancient ruins like Il Castellaro, make it an ideal vacation spot year round.

It is difficult to determine exactly when the castle in Albisola was built. It was first mentioned in a written document in 1121, but is thought to be much older, probably built during the Ligurian or Roman times. The name of Albisola came from the Tabula Peutingerina, a Roman road from the 4th century, and it is thought that the hill on which the castle is built—also called Castellaro—was inhabited by Ligurians in pre-Roman times. During the Roman period the area was dotted with magnificent villas, the remains of which can still be seen today at the side of the Sansobbia stream, towards the center of the plain. 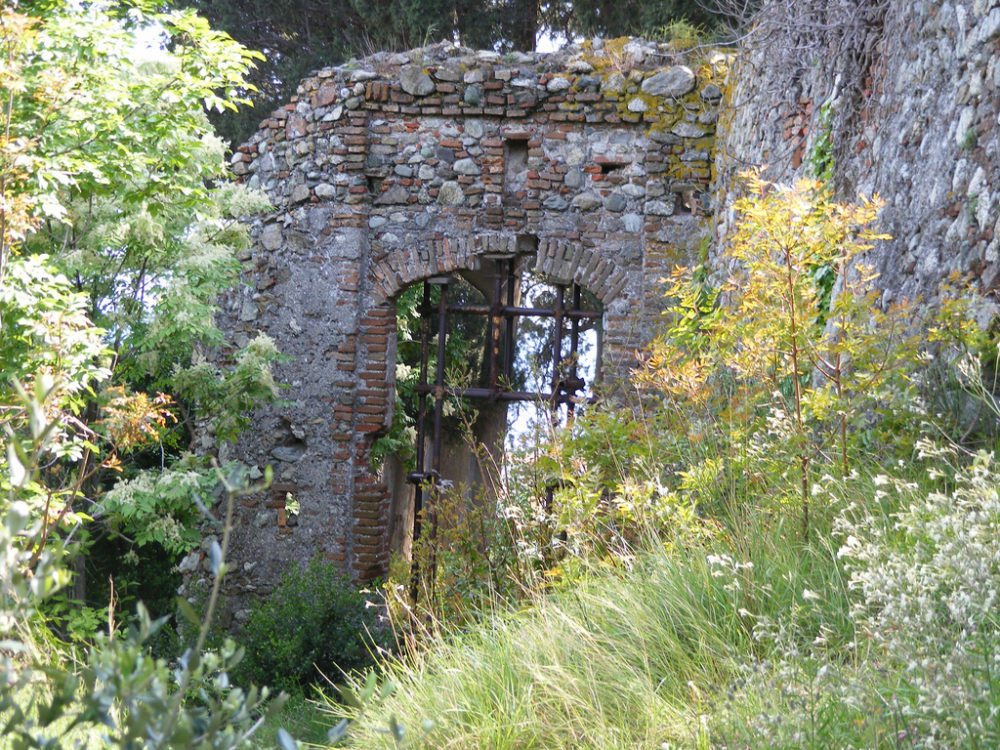 The Castellaro – Detail of the Entrance – Photo courtesy of Gancjo/Flickr

Over the centuries the castle has been the center of many struggles between Savona and the Republic of Genoa, who were locked in a battle for domination of the area. In 1227 the Genoese stormed the castle at the end of a long siege. After the submission of Savona to Genoa in 1251, Albisola and Il Castellaro came under Genoese control. The castle was repeatedly renovated over the years and in the 17th century it was updated and modified for use. Il Castellaro was finally abandoned in 1805.

What can still be seen of the castle can largely be attributed to the upgrades and renovations that took place in the 17th and 18th centuries. Il Castellaro’s perimeter walls, which resemble the outline of a ship with its bow facing North West, are still relatively well preserved. The fort was built on two levels and the bow is at the highest level.

If you wish to visit the castle while in Albisola it can be reached through a footpath off of San Nicola Church and the entrance can be found on the east side of the structure. There is an artificial cave below that once housed the castle’s powder keg. According to local legend there is also an underground passage that links Il Castellaro to the ruins of an old Roman villa.

Albisola is a small town–it occupies 29 square kilometres–found in the region’s hinterland. In recent years the town’s historical center, once strategically located for defence against Saracens and Barbarians, has been extended towards the sea as the lifestyle and economy of the community has come to rely more heavily on the water. The part of town located by the sea is known as Marina Albisola. This town is smaller, spread over an area of just 3.2 square kilometres, and is also less populated, although it does have a higher population density than Albisola Superiore. 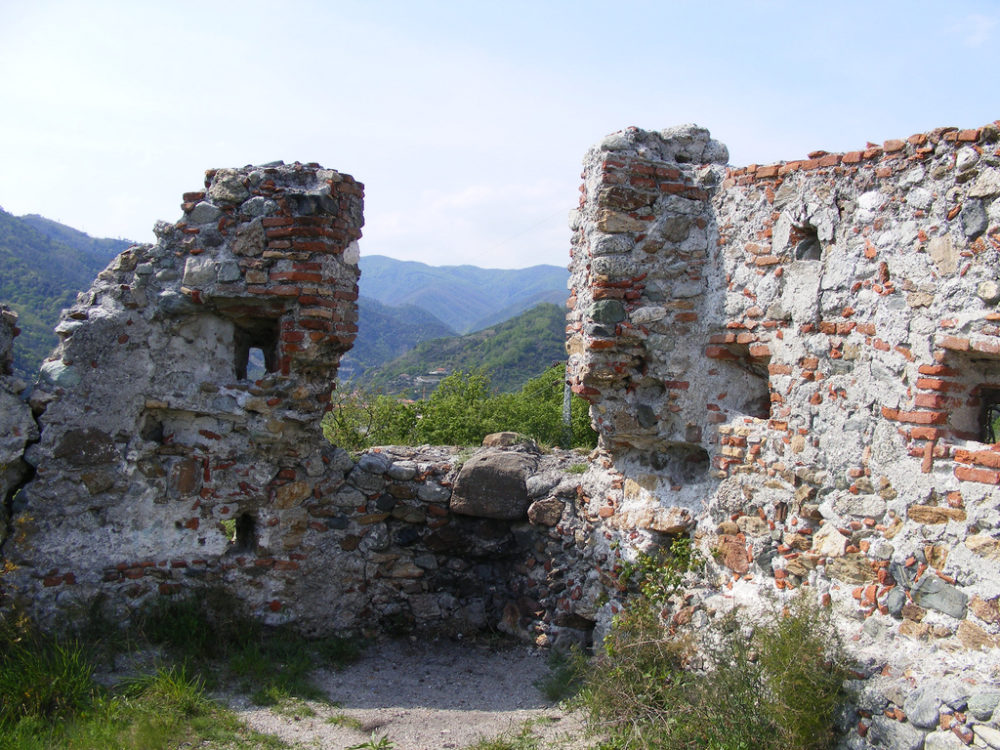 The Castellaro – Inside Ruins – Photo courtesy of Gancjo/Flickr

Albisola has long been considered an ideal place for summer holidays, but is also great to visit during the winter because of its relatively mild climate. The mountains are located parallel to the sea coast and help improve the climate by forming a barrier to block out the cold winds that come from the north. The mountains are also the only accessible road through the Sansobbia Passo Giove Valley which helps the heat in the summer to be bearable.

Il Castellaro itself was excavated at the end of the 19th century and again in 1957 and the 1970s. Today Il Castellaro looks like a large square with a courtyard in the middle. When the villa was in use its three sides created environments that supported various agricultural activities for the owners. The southern side of the castle acted as a station road running by the sea coast and several of the rooms were arranged by the main entrance to accommodate travelers and visitors. 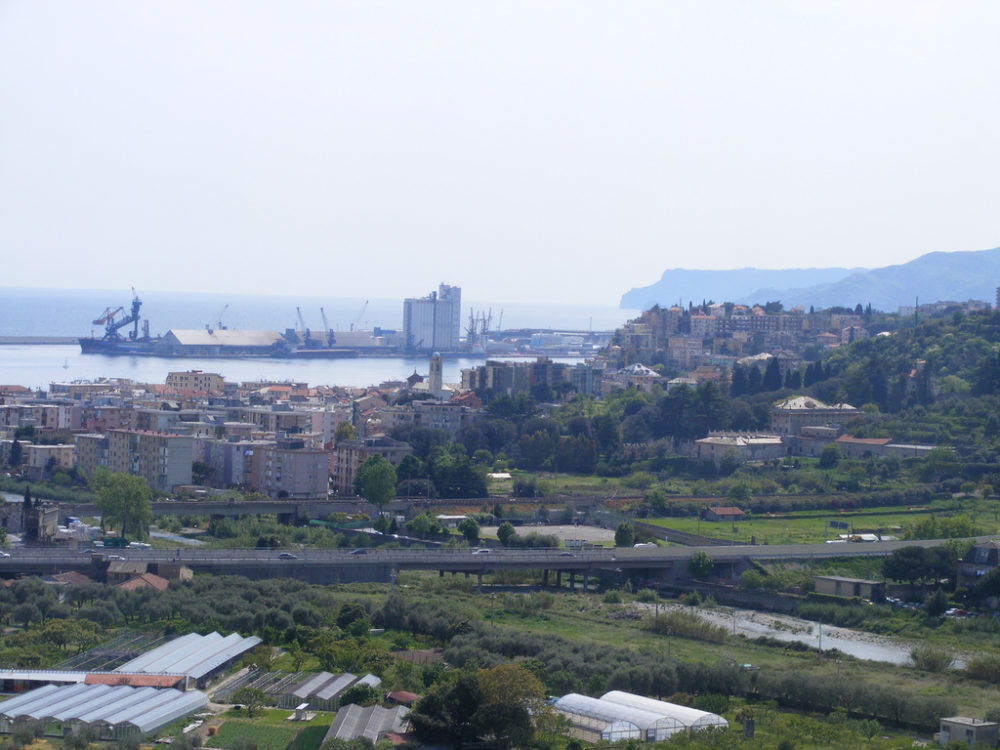 San Nicola is the mother church of the Albisola territory and is located at the foot of the Castellaro hill, beneath the castle. Believed to have been built in the 11th century the church is one of the area’s largest tourist draws. Once you have visited Il Castellaro and San Nicola Church, be sure to stop by Santa Maria di Ellera Church, which has perfectly preserved remains that date back to the 10th century.

There are several quaint bed and breakfasts, cottages and apartments to rent in the town of Albisola, which is a perfect base for touring the surrounding area. As for food, if you are interested in traditional fare there is Ristorante La Locanda di Nonna Teresa (Via Natale Rosselli 29, ph. 019 49009), also a B&B, where the cook (Nonna Teresa’s daughter) serves a special every day based on what is decided during her daily sojourns to the market. Tuesday might be minestrone while Wednesday might be trippa with potatoes or pasta e fagioli (beans), and while the menu might be brief the food is not short on taste or authenticity. Another option is Ristorante dai Frè on Via Lanfranco 4 (ph. 019 4833tt) with its elegant atmosphere and great wine list. For something a little more international there is always Atipica, located on Vicolo di Piazza (ph. 019 486996). As you can see, while Albisola Superiore may be small, it is a town that really does offer something for everyone.