Will Italian Clubs Compete In The Future? 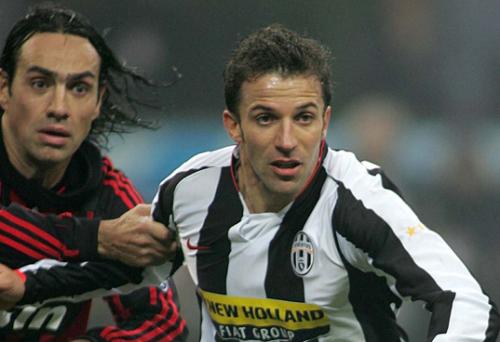 Milan Juve – a classical match of Serie A

The vast majority of Italian football fans (and their hysterical passion) is concentrated on the clubs playing in Serie A, the Italian major football league, which is why match days, Saturday and Sunday, are the climax, the peak of the emotions for every football lover. Italian fans have always proudly described Serie A as “Il campionato più bello del mondo” (the most beautiful league in the world), and many fans outside Italy agree. The presence of glorious teams and of many of the greatest players in football history granted it an immense appeal, making Serie A the biggest dream the world’s best players, the place where football was at its most intense and gratifying.

The last few years though, this reputation has weakened, Italian football seems to be declining, losing its appeal to players and giving poorer exhibitions to its fans. Let’s take a look at the situation of Italian Serie A this summer, in which some symptomatic transfers have confirmed the impression of its waning prestige.

During 2009’s summer transfer market two of the biggest Italian football teams, Inter Milan and AC Milan, lost their key-players, Zlatan Ibrahimovic and Kakà, two of the best strikers of the world. Spanish domination of football has led to Real Madrid buying the Brazilian-born star Kakà, from Milan and Barcelona taking the Swedish striker from Inter. This loss seems to be just another step in the process of Serie A’s decline while many factors have started to prop up the growth and supremacy of both the Spanish Liga and the English Premier League.

The Spanish Liga has exploited the famous active nightlife, the immense prestige of the two biggest teams, Real and Barça, and especially the favorable tax regulations. Teams can spend more and offer better salaries, as the taxes on football are much lighter than elsewhere. Moreover Spanish major clubs have shown not to be scared of spending unbelievable sums (Real Madrid bought players for €250 million in one summer), or even getting into debt. On the other hand, Italian football teams, have to spend great amounts of money in taxes, and try to keep an active balance too.

The English Premier League has more and more fans from all around the world every year; it’s currently the biggest media market and moneymaking machine in football. This dominance is reflected on the field, where English clubs such as Manchester United, Chelsea, Arsenal and Liverpool impose their strength in Champions League, representing 3 of 4 semi-finalists for the last three years. Thanks to this, over the last few years, many investors have poured their money into the English Premier League, making it grow bigger and bigger. Chelsea squad for example, has been enriched by many players bought with Abramovich’s money, a billionaire Russian entrepreneur, and the same happened to other teams. Italian club presidents instead are reticent in selling their property to foreign groups, reducing the economic resources of Serie A.

While in this time of economic crisis, caution when it comes to spending millions could be an intelligent move. In a field like football, a club can grow and be successful only through investments, and passionate Italian fans could face more disappointments if there isn’t a change in the passive attitude of those who run the clubs they support.