Italians don’t live exclusively for soccer. It’s more of a 360 degrees love for sports in general and even though soccer’s victories remain the highest in the hit parade of our national desires, there is a good number of sports that still represent a traditional importance for all Italians. These professional activities have contributed building the history of our land, just as much as soccer has. We won’t be able to list all the of the games that have made this country great, but a well detailed review is definitely due for some of them at least.

Right next to soccer, it is not an exaggeration to place basketball as the likeliest competitor for the title of most important agonistic love for us Italians. The ‘European red ball’ has recently, without any doubt, felt the presence of a strong Italian dominance alongside countries from the ex Yugoslavia or the  ex USSR such as Latvia and Lithuania, as well as  nations traditionally very capable in this sport – Greece and Spain in particular. Italian basketball has recently changed connotations with the new arrival in the NBA , of Andrea Bargnani (Andrea the giant for everyone else), roman and ex star of Benetton Treviso. His passage to the Toronto Raptors, and his performances at the highest levels of the NBA helped the American public to begin changing its opinion of Italian basketball players: the guys know how to score a three-point shot, too. 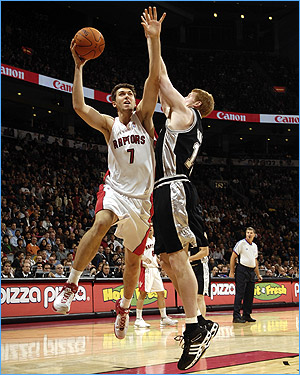 In truth, the NBA only recently opened up to foreign players; the one opening the doors for all others has been  the Argentinian Ginobili, who signed for the San Antonio Spurs. It may seem absurd to mention Ginobili because he is not Italian, but both his career and life have been significantly shaped by the ‘Boot’. In the past years, players such as Bargnani became household names for all NBA fans.

A variety of sports could be mentioned right after basketball, cycling being one of the best loved. Cycling in Italy means history – it is a piece of Italian life. It is enough to mention legends such as Coppi and Bartali, their duels, their victories to refresh our memory. Coppi and Bartali have represented an entire generation of cyclists and still today are the symbol of a cycling not yet ready for extinction. The face of this sport has suffered the loss of champions like Moser (due to age retirement) – maybe the last hero of the 2 wheels. With the tragic death of Pantani, the passion for this sport received a hard blow, that came after a few difficult years tainted by cases of doping and drug use by some of the most representative of Italian and international cyclists. The sport has managed nevertheless, not to loose its clean, almost idealistic allure, based on f athletes that became symbol itself of the purest ideals sport could represent. Cyclism is, in Italy, more than a sport, it’s a piece of poetry and its fans do know it very well. 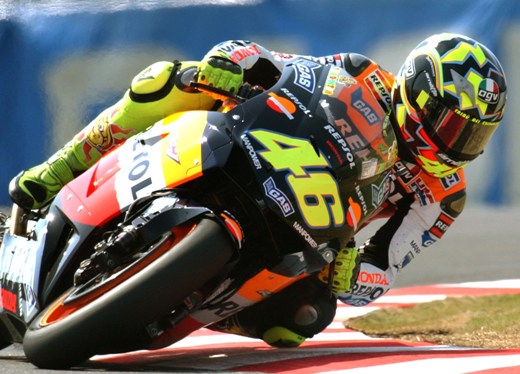 A word or two about motors, why not. About Ferrari? The ‘Rossa’ is the symbol of Italy. The shiny red of Maranello represents the authentic dream car, and not just for Italians. With the great Schumacher leaving Maranello,  after years of victories that made the joy of the ‘Cavallino’, Italians were left wandering if success would have kept blessing La Rossa, and thankfully for them, it did.

Motors also include the two wheels of the invincible Valentino Rossi. Rossi is one of those champions history creates only every 50 years – intelligent, passionate, but mostly of amazing talent. He will undoubtedly give us more to cheer for in the future.

Before closing,  it’s fair to cite tennis. Where have the Italians been? 30 years have passed since Adriano Panatta’s Davis Cup victory. A variety of great players, but no true champions. Many blame the Federation, which has been said, stopped believing and investing on young athletes. For the tennis fanatics of our nation, for those who are still hoping of an Italian come back, These are the names to follow: Flavia Pennetta and Francesca Schiavone, who have been giving many reasons to rejoice. And if anything else fails, the Russian Sherapova and the Swiss Federer are still a great watch!