How to Prune Mediterranean Plants

plant is suffering a terrible, un-natural ordeal in the process. However

creating far more suffering and hardship for those plants and there

are some very logical yet natural reasons why… 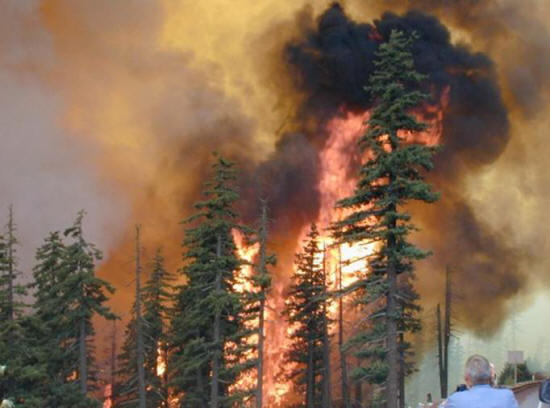 Many plants in their natural habitat suffer seemingly catastrophic

events, which at first glance would appear to be disastrous for their

survival. Take a forest fire for example, in a natural situation forest

fires can develop frequently and can often destroy vast swathes of woodland,

leaving an apparent destruction in their wake. Many plants however rely

to the arrival of this totally natural phenomena.

Therefore when we take a common plant like Spanish broom (Spartium

on fire to remain lush and healthy, from its natural habitat on a Mediterranean

plant from most of the natural phenomena that determine its survival.

during the hot, dry summers and will therefore not be burnt to the ground

during that period. Pruning, in theory, should therefore somehow aim

to replicate the occurrence of natural events within the safe environment

A Spanish broom that is left to

grow for several years without a renovating prune will simply become

congested and decidedly unhappy, causing about as much pain and suffering

as possible! The difficulty comes when trying to figure out which plants

need what kind of pruning and when.

Plants can be divided into several groups, regarding their pruning 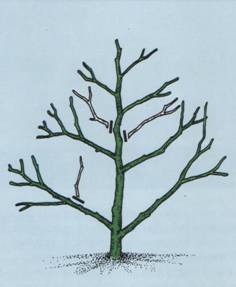 are among a large number of plants that require little or no pruning,

branch removed at planting to develop a healthy shape. 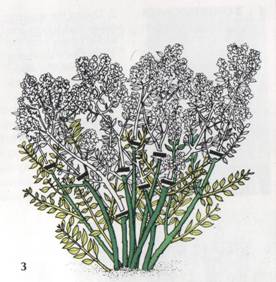 such as Rosemary, Forsythia, Deutzia or Kolwitzia which flower in

spring or early summer produce their flower- bearing shoots during the

on the new growth. Such plants should be pruned after flowering to allow

for new growth to develop during the growing season, which will provide

flowers for the following year. A simple removal of old, flowered stems

will ensure the reproduction of healthy, flower-bearing growth for the 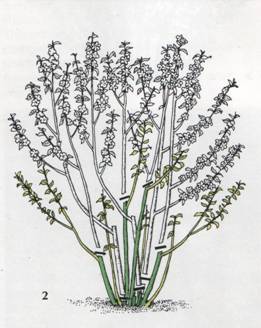 There are however exceptions to this category, including; Deutzias,

from the base of the plant. Shrubs in this sub-category should have

their old, flowered stems removed right down to ground-level after flowering

to ensure a cycle of reproductive growth. 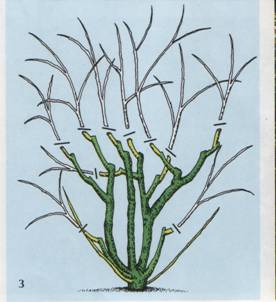 growth, which include; Lavender, Ceanothus, certain Hydrangeas and Perowskia

etc. These plants require a hard prune in early spring to stimulate

the growth that will carry the flowers for the same season.

you with the maximum flowering potential, a very happy plant and an 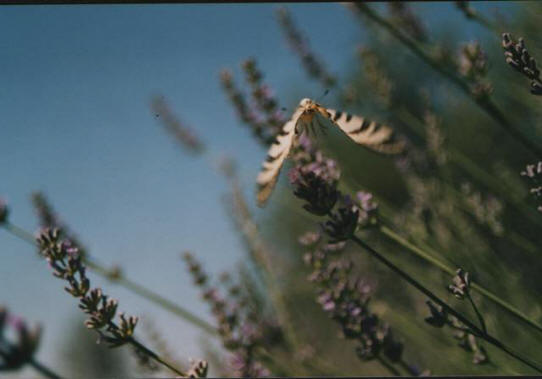