How Italian Gardeners Use The Moon

and sensual mystery in the night sky. From when humans began cultivating

moon had upon the germination, growth and crop production of those vital

on this planet throughout history. Few countries can claim a more intimate

respect for the moon’s cycles and effects than Italy. Being a sea-faring

nation, with it’s roots firmly placed in the Mediterranean, Italy has

had to utilize the moon in almost every stage of it’s development. The

A nation that has always had a very

had to optimize those pursuits by utilizing every means at it’s disposal.

Greeks had a very close relationships with the stars and the Moon, being

so close to the Earth, it was soon noted as having a strong influence

on almost every aspect of human existence. From the emergence of a seedling,

natural occurrences are controlled, influenced and almost dictated by

the moon’s cycle. The word menstruation is derived from the Latin word

and therefore also the origins of the English words month and moon.

placing their precious product in barrels on any but a waning moon,

New evidence suggests that even rainfall is dictated by lunar cycles

and patterns of rainfall are affected by the moon’s presence, causing

warm, humid periods, which clearly have an impact on crop production

of shrub, tree and vegetable cultivation. Plants producing their seeds

externally (like lettuce, cabbage, spinach etc) planted at the time

moon, as growth above ground appears to be stimulated by the presence

of the New Moon. 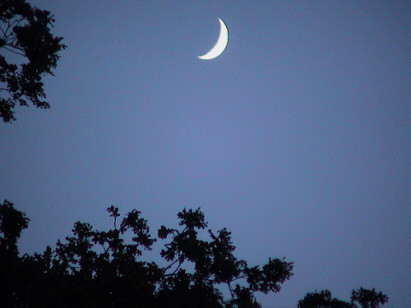 However it is generally considered better to plant root crops that

the second quarter (when the left side of the moon is illuminated).

Whereas plants that produce underground (root crops like carrots, beetroot

etc) generally do better if planted during a waning moon. 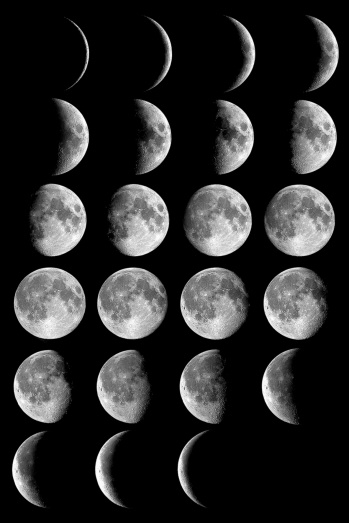 The various phases of the moon

and, from the Greeks, Romans to the modern day Italian, it’s effects

have been noted for centuries. Isn’t it about time we responded to this