The Aeolian Islands or the Lipari Islands is an archipelago of volcanic islands located north of Sicily. The Islands are known to be a very popular tourist destination during summer, and attract more than 200,000 visitors each year. The islands are a world heritage site since 2000 because of their unique geological features. There are 8 main islands which make up the archipelago. If you’re planning an Aeolian Islands itinerary, see below a few details about these beautiful places. 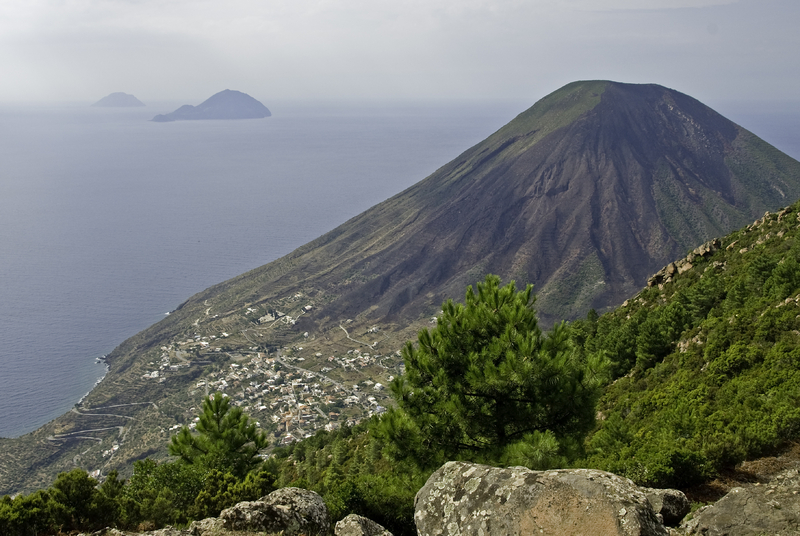 Geography and Geology of the Islands

The shape of the present archipelago is due to the volcanic activity that took place 260,000 years ago. There are two islands that are volcanically active in the archipelago, Vulcano and Stromboli. The volcano on Stromboli is in an active erupting state today.

According to geologists, the Islands had originated from a continental drift of the Earth’s crust. The archipelago of the Aeolian Islands extends for around 140 kilometers, covering an area of approximately 1,600 square kilometers.

The eight islands that make up the archipelago have been an extremely popular tourist destination in Italy, thanks to their various beaches as well as their natural beauty. The Aeolian Islands have been popular with geologists and vulcanologists from around the world for their unique geological aspects and volcanic activity. Out of these eight islands, the most popular ones are mentioned below.

Lipari Island is the largest in the group of the islands. It’s located in the Tyrrhenian Sea, north of Sicily. The main town of the island is also called Lipari. The island has a permanent population close to 11,000 people. However, during the peak tourist season, from May to September, its population raises up to 20,000. The island is spread over an area of 37 sq km and is located 30 km north from Sicily. Apart from the main town, the locals reside in four other villages on the island: Canneto, which is east of Lipari town, Acquacalda which is on the northern side, Quattropani (located northwest) and Pianoconte, visible on the west side of the island.

Vulcano is another popular island in the archipelago. It is located 25 km from Sicily. The island is spread over an area of 21 square kilometers and is located at an altitude of 499 meters. Vulcano contains many volcanic centers, which include one of the four active non-submarine volcanoes in the country.

The name of the island was given to it by the Romans, and over the centuries, the word Volcano has become common in most modern languages. The Romans used the island mainly to get raw materials and for harvesting wood. This was the main activity on the island till the 19th Century.

When the egemony of the Bourbons collapsed in 1860, James Stevenson, a British man, purchased the northern part of Vulcano and made a villa. He reopened the mines and planted the vineyards for grapes which later made the famous Malmsey wine. He lived on Vulcano till the last major volcanic eruption took place in 1888. The eruption lasted for almost two years but the villa still exists.

The volcanic activity on the island is due mainly to the African plate moving to the north. There are three main volcanic centers on Vulcano Island. Vulcanello is 123 meters high and is known for occasional eruptions. Gran Cratere is the most recently active volcano on the island. At least seven major eruptions have occurred in 6000 years. Finally there are Monte Aria, Monte Luccia and Monte Saraceno which are located on the southern tip of the island.

Stromboli contains one of the three major active volcanoes in the country. Stromboli Island is one of the most famous Aeolian Islands located close to Sicily. The name of the island had been based on a Greek word, and was given to it because of its round shape.

The population of the island is close to 850 inhabitants. The volcano on the island has erupted several times, and is one of the very few volcanoes which are constantly active with large eruptions. These eruptions are often visible from various points like the sea, as well as from the island itself.

The last large eruption occurred in April 2009. The island is located 926 meters above the sea level. There are 3 main active craters at its peak. Stream of Fire (Sciara del Fuoco) is an important geological feature on the island. It is a large depression in the shape of a horseshoe which was generated by various collapses on the north side of the cone during the last 13,000 years.

Stromboli Island is remarkable due to the length of time for which it has continuously erupted over the years. It is also known as a lighthouse of Mediterranean because of its regular eruptions. For over 2,000 years, the pattern of eruptions has been similar where explosions took place at the summit craters with moderate or mild pace, at regular intervals, which ranged from a few minutes to hours. This made the island a very popular tourist attraction.

This characteristic of the volcanic eruptions has been an area of interest for geologists from all over the world. Whenever the eruptions take place at the summit, it usually lasts for a few seconds with lava fragments and ashes thrown out over the distance of a few hundred meters. Stromboli is mostly known for its explosions and usually lava flows do not occur. However, in 2002 lava flow and effusive eruptions did take place. This happened for the first time in the last 17 years.