General Information about Traveling to Italy

A U.S. PASSPORT or valid entry document is necessary to enter Italy. A VISA IS NOT REQUIRED for a U.S. or Canadian citizen holding a valid passport unless he/she expects to stay in Italy more than 3 months, and/or to study or seek employment.

Tourists can obtain Euros through any bank, ATM machine, or exchange office at airports, seaports, and railway stations in major cities. All major credit cards are accepted throughout Italy.

In Italy regular business hours are generally Monday through Friday 9/9:30am to 1pm, and 3:30/4:00pm to 7:30/8:00pm. In August, offices may not open. Banks are open Monday through Friday 8:30am to 1 or 1:30pm, and 2 or 2:30 to 4pm, and closed all day Saturday, Sunday, and national holidays. Most shops are closed on Sunday except for certain tourist-oriented stores that are now permitted to remain open on Sunday during the high season.

In Europe the basic voltage is 220, rather than the 110 as in the U.S. Many personal appliances can switch between the two, but to be safe you can buy a transformer for about $10 (I bought one at Home Depot; Sharper Image and similar outlets offer them as well). Also, Italian electrical outlets are the two-pin type and thus will not work with American plugs.

All airport and rail stations have rest rooms, often with attendants who expect to be tipped (when the restroom is free of charge). Bars, nightclubs, restaurants, cafes, gas stations, and all hotels have facilities as well. You have the right by law to use their facilities (but of course if they refuse there is little you can do without ruining your vacation). Public toilets are also found near many of the major sights. Usually they’re designated as WC (water closet), or donne (women) or uomini (men). Many public toilets charge a small fee or employ an attendant who expects a tip, so always keep a few 50-cent coins available.

Italy has a low rate of violent crime, little of which is directed at tourists. The most common menace, especially in large cities, is the plague of pickpockets and roving gangs of Gypsy children who virtually surround you, distract you in all the confusion, and steal your purse or wallet. Never leave valuables in a visible place in a car.

In terms of standard time zones, Italy is 6 hours ahead of Eastern Standard Time in the United States. Daylight Savings Time goes into effect in Italy each year from the end of March to the end of September.

This custom is practiced with flair in Italy – many people depend on tips for their livelihoods. However restaurants already include service charges in their bill and a small tip of 5% is sufficient. Ten% is a large tip. 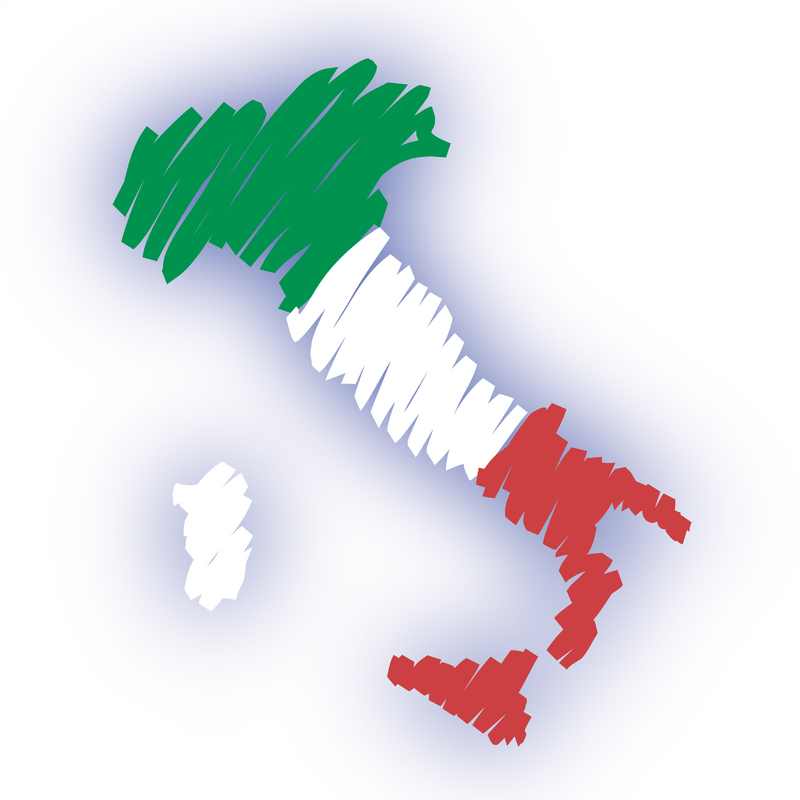 A service charge of 15% to 19% is already added to your hotel bill. In addition, it’s customary to tip the chambermaid 1 Euro per day; the doorman (for calling a cab) 1 Euro; and the bellhop or porter 2 Euros for carrying your bags to your room. A concierge expects about 15% of his or her bill, as well as tips for extra services performed which could include help with long-distance calls. In expensive hotels these Euro amounts are often doubled.

The tip (usually called ‘servizio’) is often added to your bill to cover most charges. An additional tip isn’t mandatory; however, it’s nice to leave an extra couple of Euros if you’ve been pleased with the service. Restaurants are required by law to give customers official receipts.

Expect to tip 15% of the fare. Taxis are readily available throughout the country and rates are comparable to the average U.S. rates. Meters are provided and fares are displayed. It is recommended that OFFICIAL cabs be used.

Most Italian cities have the centro (town center) closed to cars unless you display a special permit – only electric cars are allowed. Also renting a bicycle is sometimes opportune. Expect to see hundreds of motorini driving all around you!

Italians watch less television than Americans. Italians are more likely to take a walk on the piazza, enjoy an extended conversation on a street corner, have a gelato, or take in a movie after dinner.

(By the U.S. Department of State Bureau of Consular Affairs Washington, DC 20520) Medical facilities are available but may be limited outside urban areas. Public hospitals sometimes do not maintain the same standards as hospitals in the United States, so travelers are encouraged to obtain insurance that would cover a stay in a private Italian hospital or clinic. It is almost impossible to obtain an itemized hospital bill from public hospitals, as required by many U.S. insurance companies, because the Italian National Health Service charges one inclusive rate (care services, bed and board). The Department of State strongly urges Americans to consult their medical insurance company prior to traveling to confirm whether their policy applies overseas and if it will cover emergency expenses such as a medical evacuation. U.S. medical insurance plans seldom cover health costs incurred outside the United States unless supplemental coverage is purchased. U.S. Medicare and Medicaid programs do not provide payment for medical services outside the United States. Many travel agents and private companies offer insurance plans to cover overseas health care expenses including emergency services such as medical evacuations.

When making a decision regarding health insurance, Americans should consider that many foreign doctors and hospitals require payment in cash prior to providing service and that a medical evacuation to the U.S. may cost well in excess of $50,000. Uninsured travelers who require medical care overseas often face extreme difficulties, whereas travelers who have purchased overseas medical insurance have, when a medical emergency occurs, found it life-saving. When consulting with your insurer prior to your trip, ask if payment will be made to the overseas health care provider or whether you will be reimbursed later for incurred expenses. Some insurance companies include coverage for psychiatric treatment and for disposition of remains in the event of death. Information on medical emergencies abroad, including overseas insurance programs, is provided in the Department of State’s Bureau of Consular Affairs brochure Medical Information for Americans Traveling Abroad, available via the Bureau of Consular Affairs home page or autofax: (202)647-3000.