The European olive tree (Olea europaea) has come to symbolize, more than any plant, the essence of the Mediterranean region and its gardens. Growing from 8 -12 meters tall in the poorest, rockiest of soils and depending on ferocious Mediterranean sunshine, the olive tree has truly won the battle of survival in the Mediterranean, growing indigenously from Lebanon to parts of Iran and Syria and even to certain areas of China. The olive can survive for 2,000 years or more, with the correct human care and cultivation and can provide one of the most respected substances ever derived from nature: olive oil!

Italy alone produces around 3,150,000 tons of olives per year and world production currently stands at a staggering 17,320,000 tons and most of this is destined for the production of olive oil. Olive tree cultivation counts for one of the largest and oldest agricultural practices in the whole of the Mediterranean’s history.

Olive oil, or “Liquid Gold“, as Homer (the great Greek poet) so rightly named it, has been used throughout history in cooking, skin care and as a medicine. It has been considered a divine ‘gift’ from the Gods and nature by many cultures throughout history. Ancient Greek athletes were anointed with olive oil to render their skin supple and healthy in elaborate ritual ceremonies and both Roman men and women used the product to clean and render their skin beautiful and supple. 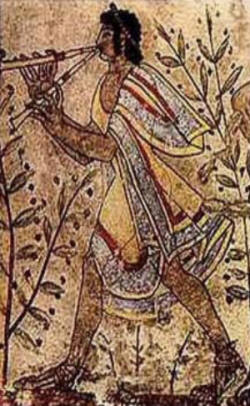 Olive tree branches and elaborate crowns made from them were also discovered in the tombs of Egyptian Pharaohs. The fascination and respect for the olive tree honored it with a spiritual status over the centuries and it has been considered a symbol of peace, abundance and great natural power.

Indeed it is a plant that is able to survive in the most inhospitable, rocky terrains and with just the minimum of water it survives, thrives and provides a wondrous, healing oil. An evergreen tree, it keeps its leaves throughout the winters while others would lose theirs and this would have also mystified early civilizations.

In Italy there are around 300 cultivars of the tree, however only a few are now cultivated for large agricultural production. The ‘Leccino’, ‘Frantoio’ and ‘Carolea’ are the cultivars favored in Italian agriculture owing to the ‘sweet’ and ‘fruity’ flavours (respectively) of their oil. Curiously these cultivars have very little in common with surviving evidence of their ancient ancestors- the closest relatives being found only in the Licinian olive varieties.

The magnificent Etruscan culture that arrived in the area now known as Tuscany in around 400B.C. was probably responsible for initiating the intense farming of the olive tree.

The Etruscans clearly delighted in the use of olive oil and displayed their respect for it by including the olive tree and its cultivation often in elaborate designs on their intricate ceramic work. The designs on Etruscan vases, discovered in numerous tombs in Tuscany, have revealed how this highly social and sophisticated culture used and regarded both the olive tree and its oil.

The Etruscans were responsible for trading vast amounts of high quality olive oil throughout the whole of the Mediterranean region. Vases and Amphora of superb quality were produced in order to store and transport, not only oils, but also wine, by ship, to many areas in Europe, including the south of France.

The use of the olive tree in Italian gardens

Olive trees, with their dreamy, metallic-silver foliage and gnarled trunks, that almost resemble old Tuscan men, are a must for any Italian garden. The olive’s strong Mediterranean symbolism clearly creates a valid nuance in the Italianate garden and its pacifying grey color creates the perfect, shimmering backdrop for many Mediterranean plants. In spring the reds of poppies can be literally propelled out from grassy areas between the lines of olive trees. Alternatively the pastel pinks and blues of wild flower areas around the olive trees can be harmonized and pacified by the silver-grey foliage. When the trunks of old olive trees are illuminated at night their character can really emerge, rendering them by far as interesting as any sculpture.

The olive tree thrives on calcareous, poor and well-drained soils, in areas that are not afflicted by prolonged cold periods during the winter – making coastal areas the ideal place. They can be purchased in a range of sizes, even several centuries old and can transplant well if moved immediately after hard pruning in late February or early March.

An olive tree’s contribution to a garden can be both as aesthetic as it is fundamental in supporting the tiny ecosystems that contribute to and maintain the area surrounding it in perfect health. 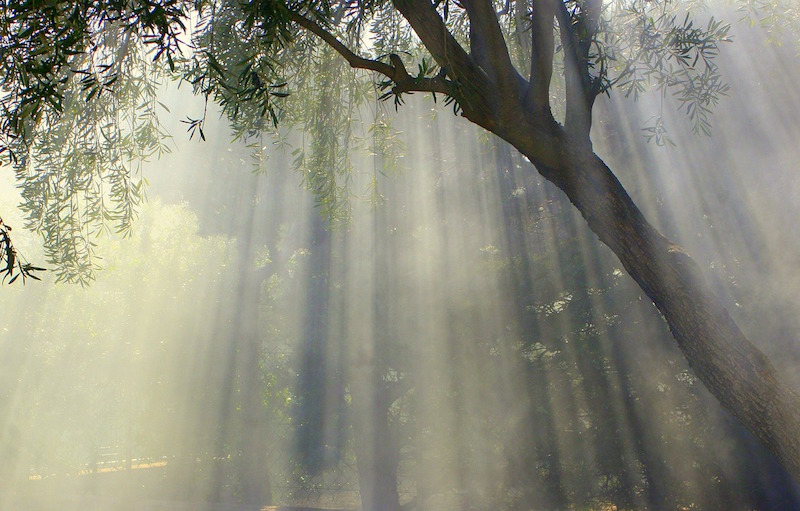 Both the fruit and the extracted oil can be used in cooking and its use is widely known.

Olive oil’s anti cholesterol properties are widely publicized but the potential for skin care is rarely touched upon. Olive oil can render skin supple and healthier with daily applications.

Olive tree leaves also provide an anti-oxidant substance that is currently undergoing studies in Israel that have found the leaf effective against disease by helping to damage the cell membrane of the virus or bacteria, allowing intercellular nutrients like potassium, phosphorus, and glutamate to leak out, disabling the infection and letting the immune system restore a healthy balance. This can be taken in the form of a tea made of the leaves of the olive tree.

What is the white powder that I have seen on the olive trees in Italy?

I have 45 olive trees in Toscana and would like to learn more about how to care for the trees to get the maximum amount of oil from the each year. Can you suggest a site where I can learn more about looking after my olive trees?
For example some oliveto’s in my area clear everything away from the base of the olive tree. In some oliveto’s some farmer’s put leaf mulch around the base of each tree. Which is the best method?
Thank you,