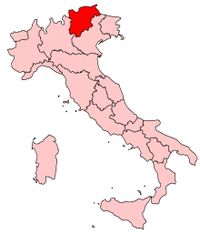 The area has been important since time immemorial due to the existence of the Brenner Pass through the Alps and so whoever controlled the region could control all trade flowing north and south. It is for this region that the mountainous region has been fought over for centuries and today is home to many castles and forts perched upon mountain tops. The Romans were quick to claim the area after assimilating the indigenous Rhaetian peoples and it was later sacked by the Goths and invaded by the Bavarian peoples. The middle ages saw the rise of the Counts of Tyrol, the brief rule by Venice and a 400 year rule by the Austrian Empire.

Some of the most bitter and intense fighting of World War I took place on the mountain tops and passes of this region, culminating in Italian possession of both Trentino and Alto Adige (also known as the Sud-tyrol and Balzano). After the war, many of the people preferred to stay loyal to their Germanic heritage and so crossed the border into Austria with Mussolini’s permission. Those that decided to stay have added to the unique melding of the two cultures with onion-domed churches, traditional Austrian dress and the dual place names (both Italian and German) of the northern portion of the region. 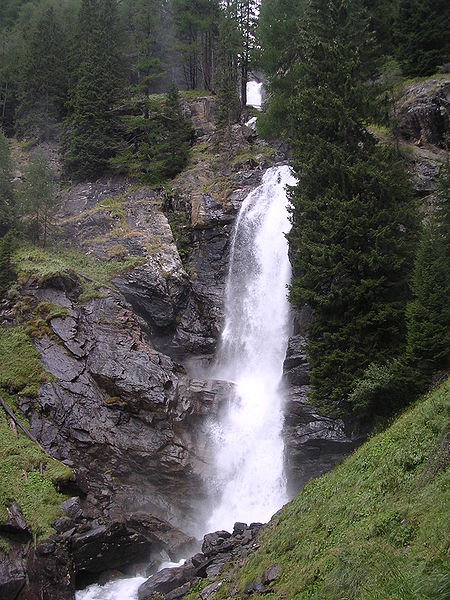 First time visitors will be surprised with some of the local specialties, which share from both German and northern Italian traditions. The mild climate allows for abundant fruit and vegetable growing areas, especially apples, chestnuts and asparagus. Mushrooms, both wild and cultivated are very popular and the rivers provide the whole region with fresh trout. In the south there are corn fields for polenta, which is a staple in the Trentino part of the region. The Alto Adige favors a menu that resembles Bavarian and Austrian cuisine including dumplings and sauerkraut. However there has been some crossover as the bacon-like Salumi known as Speck can now be found all over Italy. The most popular cheeses include the fresh Tosela, Spressa delle Giudicarie (DOP) and Puzzone di Moena.

The mild climate also favors the production of some very good wines, many recognized with a DOC recognition. Reds include Trentino’s Marzemino, a full bodied, well aged specialty that is the best known of the regional red wines. Teroldego is a fruity red with a slight bite grown in the Vallagarina area. White wines excel in this pre-alpine climate and include the popular and subtle Nosiola, from the Valle dei Laghi and the traditional sweet dessert wine Vino Santo. The region has ideal growing conditions for Pino Blanc, Pino Noir, Chardonnay and the Spumante Talento Trento. Of course Grappa is another popular product and is often infused with wild berries or fruits to make a delicious liqueur.

Also known as Trent, the capital of the Trentino region is the last big “Italian” city of the north before German influences take over. It is best known as the place where the Catholic Counter-Reformation took place in the 16th century. The Council of Trent, which was held between 1545 and 1563, took place both in the city’s Romanesque’s Duomo as well as the church of Santa Maria Maggiore. Both are worth a visit but Trento has much more history than this isolated council as the city started out as the Roman town of Tridentum. Throughout the city are wonderful examples of the melding of Germanic and Venetian architecture especially along via Belenzani, which is home to several Palazzi. Under the Theocracy of the local Prince-Bishops, the area was ruled from the imposing fortress of Castello del Buonconsiglio, keeping a watchful eye on the city below. Today the castle is open to the public, adorned with frescoes and home to museums dedicated to local history and Italian independence. From the castle’s Torre dell’Aquila, which houses a cycle of Medieval frescoes, there is a commanding view of the city, the countryside and the ever present mountains. 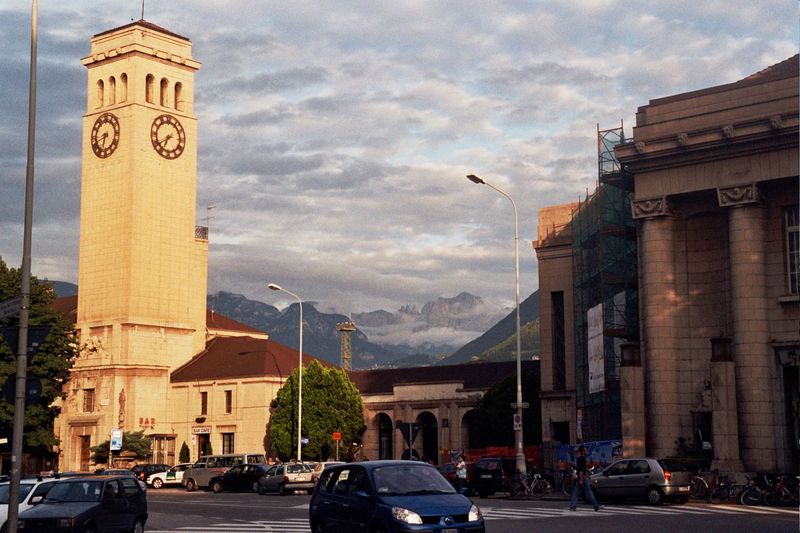 The capital of the Alto Adige province actually has two names: Italian Bolzano and German Bozen. The city has a somewhat split personality with its main square (Piazza Walther) named for a Tyrolean poet while other locations are named for Dante and Leonardo DaVinci. The Duomo, known for its multicolored tiled roof and an open campanile (bell tower) and the other churches house beautiful works of art but it is the pristine countryside that is the real attraction. Cable cars speed travelers up to the summits of Colle, San Genesio and Renon, local peaks that are accessible from the city itself. Bolzano also makes a fine base for daytrips to visit the many castles in the region including Castle Runkelstein with its collection of Medieval frescoes. The combined Alpine/Mediterranean climate patterns make the area ideal for winemaking and the city of Bolzano is home to nearly 30 wineries within the city limits alone.

The Mountains and Winter Sports

These tall peaks, many over the 10,000ft mark are the home to abundant wildlife and an excellent system of trails and passes with views of waterfalls and receding glaciers. It is this area, with plenty of area dedicated to wildlife preservation that is one of the last refuges of the European black bear. A hiking excursion or by taking a lift you can visit the many quaint rifugi lodges that dot the peaks. These mountain huts usually offer everything from light fare to hearty alpine meals and of course the excellent local wine all in with a majestic view. In the winter Italians and other Europeans flock to the mountainous Alto Adige for the excellent skiing. The Dolomites are well established as a skier’s paradise with a mild climate, many resorts, pensions and other amenities. Sassolungo, Sella and Marmolada are the main Dolomite Groups and offer something for everyone while for cross-country skiers, the Val di Fassa is a virtual Mecca. In fact it is possible to use these trails to visit the charming Tyrolean villages that dot these majestic mountains and valleys and the local ski areas make it easier by offering many packages to suit any level of skier.