The noise of the machine and the steam coming out of it. Pouring it little by little until creating a little crema, cream, on top and here we are: il caffe’ e’ servito (coffee is served)!

Every morning a strong scent can be smelt in the streets of Italian cafés where coffee pops up. This is not simply a drink but a ritual that Italians cannot miss. Every morning must start with an espresso or macchiato for most of the Italians, otherwise it would not start with the right foot.

Totally different from other types of coffee drunk abroad, Italians find it sometimes very difficult to swallow foreign coffee not because they want to be choosy but simply because they are used to something different. This is also the reason why famous international coffee chains such as Starbucks could not be found in the country until recently. Italian young generations often claim their opening and wait for their arrival after spending their holiday or some time abroad drinking American coffee or frappuccinoes but old generations probably would hardly go inside them: they love drinking their tazzina di caffe’, little cup of coffee, and they would unlikely renounce to it.

Naples as the hometown of traditional coffee

Naples is renowned all over Italy for its coffee and this is why you will often find traditional cafés crowded with tourists tasting ‘na tazzulell e’ caffe’ as they would say in Neapolitan dialect.
The length of coffee is not the only thing that makes it different; the blend but especially the water gives it a different touch- some Neapolitans would say this, boasting the coffee made in their town .
Apart from cafés, this drink is served in almost every house and some of them still follow the tradition of “caffettiera napoletana“; though being a coffee machine it is different from the moka (Bialetti-style coffee maker) everybody knows abroad and to which we are generally used to seeing.

The old caffettiera napoletana is still used by some families keeping ancient methods taught by their grandparents and passed from generations to generations. It is made up of two metal containers one over the other and separated from a filter containing coffee. When water is boiling in the lower container, the machine is taken out of the fire and then turned so that water passes through ground coffee and takes all the savour and essences. Moka uses the same process but as the process of filtering is faster the blend and aroma of coffee is more easily altered by overheated water. 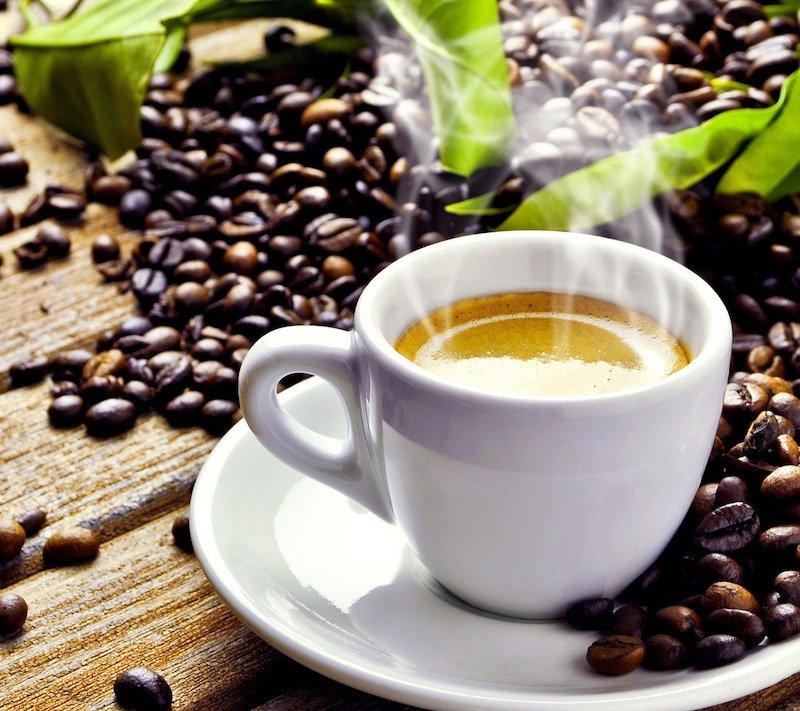 Coffee as the drink of socialization

There are many theories turning around this drink. Some say they cannot avoid drinking coffee because it is an unavoidable habit after meals, a kind of daily ritual, while university students would say that thanks to it they manage to stay awake and study, especially at night. However, one of the most widespread reasons for drinking a cup of coffee in Italy is certainly socialization. “Andiamo a prenderci un caffe’“, let’s have a coffee, or “ti offro un caffe’ “, I’ll offer you a cup of coffee, are sentences you will often hear uttering from Italian people. No matter the time no matter the day it is always the right pretext to spend some time together with friends and drink something.

For all those who do not like authentic Italian coffee there are also alternatives such as the several types of shakerato or coffee with nutella and other types of chocolate, which at the end totally conceal the flavour of coffee, or the ginseng coffee.

Coffee is not simply a drink in Italy. It is a ritual and it often becomes the drink witnessing friendship or long chats at cafes to which most Italians are not willing to renounce.

Great, Joanna – If you have any questions please ask. I am in Italy at this time and I will be here for a while
Ciao

you have inspired me to write an article on italians and coffee for “la gazzetta italiana” -in my hometown of cleveland ohio.