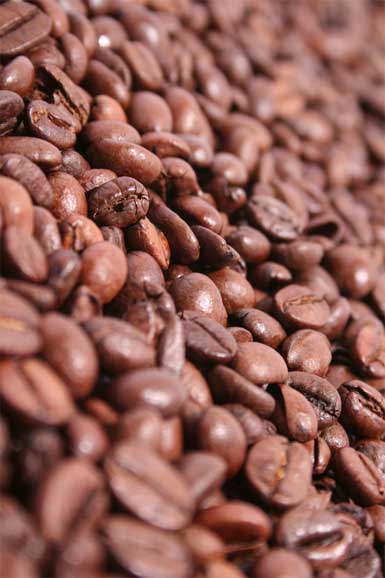 “Dark as the devil, hot as hell, pure as an angel, sweet as love.” Such was the respected opinion of Charles Maurice de Talleyrands when asked to describe a perfect cup of coffee.

For a while, it appeared the tea bag was going to replace Coffee as America’s favorite hot brew, or at least give it a run for its money. Tea houses were springing up all over town; tea pots and tea paraphernalia were popular items at the local gift shop and tea boutiques. But things began to change when “Starbucks” came along. The coffee shop began to replace the tea house in popularity. The irresistible aroma and delectable flavors of brewed coffee soon attracted its loyal flock back to the fold.

Do coffee lovers prefer a cup or a mug? Along with a lot of questions coffee manufactures are researching, this topic is among them. So far, cups are in the lead by 12 percent, but mugs are making a strong bid for first place. Research has also shown that coffee is consumed by more Americans than any other beverage, and on a winter’s day it is estimated that for every person 12 years and older two cups of coffee are consumed.

Like most people, my first cup of coffee in the morning is my most anticipated. Whether it be made from Arabica beans (superior quality, grown at higher altitudes) or Robusta beans (less expensive, grown at lower levels) it makes no matter at 7 a.m., just as long as it’s hot and handy and I can drink my two-cup dose of caffeine. Caffeine is the alkaloid in coffee that acts both as a stimulant and a diuretic.

Coffee and tea have the ability to both calm and invigorate. Perhaps that’s the basis for their enduring appeal, their psychological grip on us. When we’re feeling tired or out of sorts, we reach for a cup of coffee or tea to set us right. When we’re feeling unnerved or excitable, we pour ourselves a soothing cup of hot coffee, or tea to calm us down.

This reaction to coffee and tea is an individual one, but it has long been used as a common prescription to cure the small ails of our day. In early France and England coffee was considered not only a drink but a panacea – useful for everything from sore throats to smallpox. And herbal teas are legend as a cure for everything from stomach aches to heartaches.

Gulped in the morning from our favorite chipped cup, enjoyed from tall icy glasses or lingered over in a cup of fine old china, coffee and tea has intertwined American lives for centuries.

As far back as 575 A.D. the Persian armies knew about the effects of coffee beans and carried them to Yemen, on the Arabian peninsula. According to the New Book of Knowledge traders later took the seeds to India, Turkey, Mocha and Java in the East Indies, where the climate was perfect for growing of coffee. How coffee was first discovered is still somewhat of a mystery. Legend has it that a goat-herder discovered the coffee bean quite by accident, while watching his flock nibble at the plant’s fruit, he noticed his goats suddenly becoming frisky and agitated. The curious goat herder sampled the plant and felt stimulated and refreshed.

During the 17th century coffee was introduced to North America. Across the seas, coffee houses were springing up all over England. King Charles II became suspicious of these popular coffee house gatherings. Convinced that plots against his government were being hatched there, he soon proclaimed that they all be closed. But coffee was so in demand that the king was forced to bow to the will of his coffee drinking people and revoked his command.

In the orient, it was used for a slightly different purpose, its strong, bitter flavor often disguised a helping of deadly poison. Thus, the expression, “Here’s your cup of poison” may have derived from this Eastern practice.

The brewing of a good cup of coffee can be a time consuming ritual, or a tour de gadgetry for others.

When I was a kid, we could always tell when a pot of grandma’s morning coffee was about to be brewed. The sound of her hand-cranked coffee grinder, churning softly at break of day, followed by the rich aroma of steaming coffee, roused us from our beds and drew us to the comfort of her warm kitchen. The old coffee grinder was a family antique and the coffee made with it was “magnifico”, its aroma- unforgettable.

And what about tea and its faithful followers. Well, according to the world almanac, after plain water, tea, is the most widely consumed beverage in the world.

Ancient Chinese folklore tells us tea was discovered by the Chinese emperor Shen Nung in 2737 B.C.E , when leaves from a wild tea bush fell into a pot of his drinking water as it was being boiled. The emperor enjoyed the flavor of his newly derived brew and thus the first cup of tea was made.

In 1904, an English tea merchant placed several small samples of his tea in silk bags. His customers soon found this a simple and convenient way of brewing one cup of tea at a time. Later, thanks to American know how and ingenuity, and our penchant for rushing things, the instant cup of tea was invented. The true tea fancier, however, deplores this type of tea, believing that preparation and brewing is the best part of the tea ritual.

The venerable herb teas, once concocted in grandma’s kitchen as a family remedy, have been resurrected by today’s tea manufacturers. The consumers are offered a variety of herbal mixtures and blends. Many of these teas are promoted as a treatment for emotional and physical ills. Today’s tea market is enjoying a multimillion dollar industry. The tea house may be disappearing from the community, but the sale of tea is up. Die -hard tea drinkers continue to set the kettle on to boil.

Today, local coffeehouses, such as, Starbucks”, “Coffee Roasting Co.” and “Peets”, are popular gathering spots for friends and family. The air along the business district is fragrant and warmed by the wafting aroma of freshly brewed Arabian Mocha Java. The coffee faithful gather here in cozy corners or sunlit curbside tables, to talk, laugh, socialize, conduct business and sip the blend of the day. Coffee devotees never let the sun set on a day without finding solace in a cup of their favorite brew.

In a cup of very hot coffee, devolve a small square of dark chocolate (any solid chocolate bar will do) add half & half cream to taste add a jigger of amaretto liquor and top with whipping cream and sprinkles. Very, very good!