December, the month of Christmas. But also of Saint Nicholas and Saint Lucia, of New Year’s Eve and of the Winter Solstice.

It is a month pregnant with traditions and spirituality: in it, Christians all over the world celebrate the coming of Christ on this earth, but it is today common knowledge that, even before then, the last month of the year was replete with magic and spiritual power. The Celts and the Romans celebrated the Winter solstice and Mithraism, a cult coeval to early Christianity, worshipped the Sol Invictus, by many seen as a mirror to the figure of Christ.

The very date when we celebrate Christmas, it is believed, was “borrowed” by Christians from pre-existing Roman celebrations for the solstice, an easy way to enhance the popularity of the “new” by using habits related to the “old.” December is really a month were the sacred and the pagan mingle, showing how our country’s traditions find their roots in a very distant past, then mediated and adapted throughout the centuries to Christian rites and spirituality. 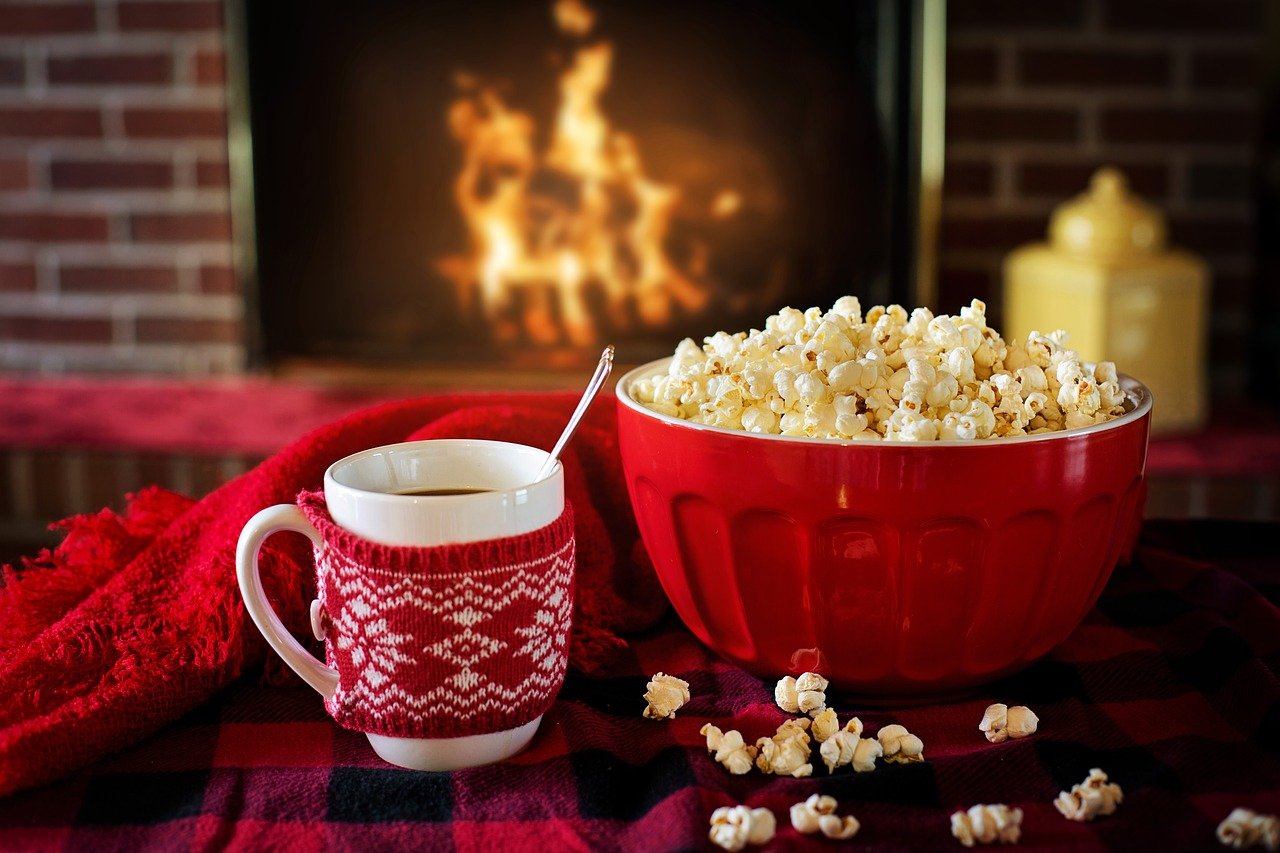 The dark and the fire of December… or Yule?

What strikes the most about Italian traditions of the month of December is how much they rely on the use and symbolism of fire. Thinking of it, that shouldn’t really surprise at all: we are in the coldest month of the year, where light is little and nature often rests under a blanket of ice and snow. Fire, symbol of warmth, light and life, becomes the very essence of human needs during this time and that’s why our ancestors, all those centuries ago, found that honoring fire and light in a time when cold and darkness reign sovereign was an excellent way to bring positive energy – or the benevolent eyes of the gods, take your pick – upon their communities.

These fire rituals typical of the month of December are particularly common in the North of Italy (although you’ll find them also in other areas, mind), but why? The answer is simple and based entirely on history. Both before and after the Romans, our northern lands had a special connection with the true North, that of Europe: it is known that many of the pre-Roman populations inhabiting the area were of Celtic origins (the Liguri, for instance, but also the Insubri and the Lepontians) and the Celts had very strong beliefs about what happened on earth in the darkest month of the year. They used to call it Yule, and it would begin in the night between the 12th and the 13th of December: it was a time when darkness would take over villages and fields, giving the impression to return to a time of chaos and inconsistency. Through rituals of fire and light, then, our Celtic ancestors would try to re-establish the world’s status quo in a moment when nature seemed to be dominated by the uncertain.

In later times, after the Romans had dominated the known world for centuries, it was the Lombards, barbarians hailing from the North of Europe who settled in Northern Italy, to rekindle the fiery rituals of December in the area, as it was expected from a people whose ancestors came from Scandinavia.

Yule and the light of Lussi

The first night of Yule was a frightful time for the Celts, but especially for the people of Scandinavia. They used to call it Lussinatt, the longest and most dangerous night of the year. And how could it not be: it was then that the spirits of darkness were allowed on earth, with ghosts, fairies and trolls keeping them company. Guarding this army of ethereal creature was Lussi, a female spirit often considered the queen of the Otherworld in Scandinavia lore. Lussi’s name means “light” but she had strong connections with the world of the dead, if it’s true she was the sovereign of such an eerie procession of spirits. Just like Irish fairies, embodiment of good and evil, of life and death, Lussi was both menacing and protecting to her people: while she would keep her spirits from harming humans, she was also thought to take unruly children away from this earth, to bring them with her into the Otherworld, and to punish families who did not respect Yule celebrations. This ambivalence wasn’t unusual in Celtic and Scandinavian lore, nor was it in Roman or Greek religion, where the gods could turn from good to evil in a matter of seconds.

Lussi, what an amazing figure: protective and maternal, but also menacing, dark, imposing, frightening, even. Lussi, the female spirit of light. We shouldn’t be surprised to learn that many made a connection between Lussi and Santa Lucia, one of Italy most loved saints. The connection between the two start with their very names, both synonyms of light: Lussi, we saw, carries light in the darkest night of the year to keep under control her trolls and fairies, while Lucia, early martyr of the Christian church, became the protector of eyesight because of the meaning itself of her own name. It is also not unusual to see Saint Lucia wearing a crown with seven or twelve candles (symbol of the days of the weeks or the months of the year).

These two powerful spiritual figures share more than light, though. They are also traditionally celebrated on the 13th of December. But why? 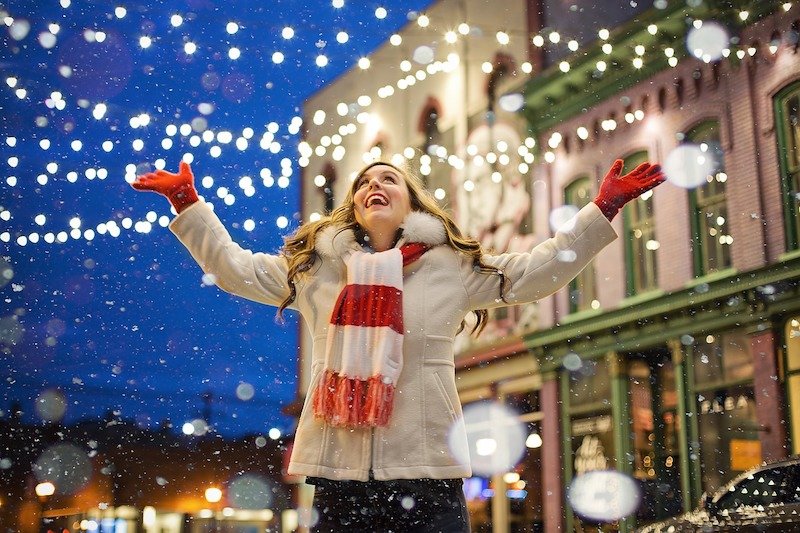 And the circle is complete: Lussi, Lucia and Winter symbolism

Lussi and Lucia have much in common, so, even though the first is a figure of lore while the second’s historicity has been attested in a plethora of sources. Not last, the fact they are both celebrated on the same day, the 13th of December: is there a reason, or is it just a coincidence?

Lucia, as said, is a historical figure: she was born in Syracuse, Sicily, towards the end of the 3rd century AD and she died a martyr in the same town 20 years later, victim of the great Christian persecution ordered by Emperor Diocletian.

Promised to a pagan man, Lucia openly embraced Christianity after praying Saint Agatha and receiving the grace of health for her ill mother. She refused the man to whom she was betrothed to follow a life of holiness and he took revenge of her betrayal by denouncing her publicly as a Christian. She was arrested, tortured and shamed, yet she never refused her faith, even after being accused of being a witch. They tried to burn her, but fire left her unscathed, so she was beheaded.

Her dead occurred, according to sources, in 304 AD (early 4th century) and her cult developed very soon afterwards: indeed, funerary inscriptions dating to the end of the 4th century and found in Syracuse are already witness to the fact Lucia was cherished by the community and honored as a saint.

Lucia’s cult, ancient and heartfelt, came to coincide to that of Lussi, with the mingling of pagan and Christian tradition, but we don’t really know when it happened exactly.

Lussi was still worshipped in Sweden around the 13th century, in a time when the country had been christianized for about three centuries. Lucia’s celebrations, on the other hand, started being recorded in much more recent times, at the end of the 19th century.

It is very likely that the two figures have been celebrated as one for many centuries, with symbols and practices related to one being used for the other. Even the fact that Saint Lucia’s day fell on the very first day of Yule, must have helped create an association between the pagan and Christian, the traditional and the religious, which in many a way the people of Scandinavia still experience today.

The fires of December

Lucia and Lussi, symbols of fire and light, protection for the Earth and Mankind from the dangers of darkness, symbolized in nature by the coming of Winter.

The dichotomy between fire and Winter, though, is not only seen in the celebrations of Saint Lucia and in their symbolism. A bit everywhere in the North of Italy, tradition calls for propitiatory bonfires being lit starting with the day of Winter Solstice, all the way to the 6th of January: one of the most famous, the Falò del Vecchione takes place every New Year’s Eve and symbolizes the end of the old year and all its sorrows and worries, with fire cleansing the atmosphere and the soul of people. In Liguria, traditional fire ceremonies take place during the whole month of December, especially in inland villages: it shouldn’t come as a surprise, as the Liguri, the pre-Roman inhabitants of the region, were Celtic in origin.

December: the month of fire and spirituality

It is true, then: never mind you were brought up a Catholic or a Protestant, nor does it make a difference if you are into new age rituals or modern day paganism, the month of December remains full of magic, symbolism and spiritual power, its energy running from an edge to the other of the world.