This recipe is essentially the same as tuna carpaccio. Both are named for a 16th century Venetian painter. Unlike the classic beef carpaccio, Francesco’s version is not served totally raw. Its spice, appropriately enough, is black pepper, a commodity controlled by Venice in the 12th century and so precious that in Europe peppercorns were used as currency. The recipe can also be made with veal. As for the Parmesan cheese, Francesco recommends using a potato peeler to cut thin shavings. “In the restaurant we use the meat slicer,” he says, “but that’s because we have to do a very large quantity every day.” 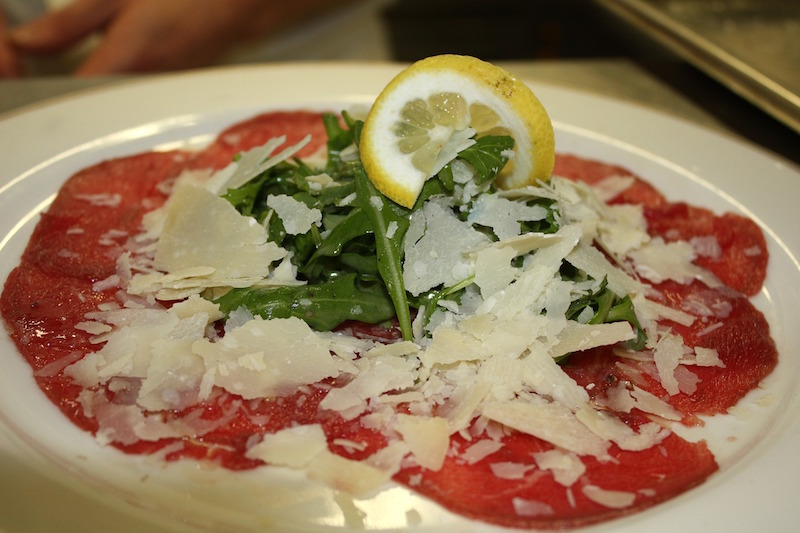 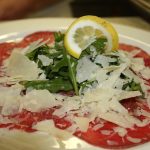