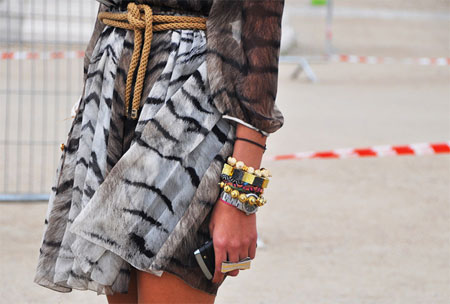 In the second installment of our Style Spotlight we’ll be focusing on Giovanna Battaglia, who like Anna Dello Russo, is also a Vogue editor, fashion muse and the darling of street style photographers and bloggers everywhere. In fact, it is very much New Media that has made Battaglia the star she is, known not just for her styling and behind-the-scenes contribution to the industry, but for the things she wears every day and to catwalk presentations, making fashion as she’s reporting on it.

Born in Milan, Battaglia began her career as a model and muse for Dolce and Gabbana, a job she parlayed into the styling and editing jobs that followed. Since then the fashion maven has worked at various Vogues from German and Chinese Vogue to L’Uomo Vogue, Vogue Italia and now Vogue Gioiello and Vogue Pelle, where she is the senior fashion editor. Battaglia’s keen eye and sense of style serves her well when it comes to styling editorials, and her early experience as a model surely better prepared her for the onslaught of photographers she now deals with whenever she turns up at an event. 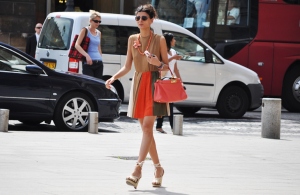 When Battaglia now attends fashion shows she’s inundated with photographers eager to catch her refreshing and unique fashion sense, a phenomenon that she has referred to as “flattering.” These photographers, bloggers and fans of Battaglia all appreciate the fashionista for her very Italian sense of style and glamour. While perhaps more understated than the theatrical Anna Dello Russo, Battaglia still takes chances. And while many of her outfits are simple, well-tailored and in classic shapes there is always a unique element that allows Giovanna to stand out from the crowd. Whether it’s an animal print, a great belt or stacks of jewelry, embroidery or hand-sewn crystals, a fabulous bag or another pair of to-die-for shoes, Giovanna always makes sure that she puts her own individual stamp on anything she wears.

When Vogue Italia recently asked Battaglia what her fashion tips were she answered simply: “Glamour, fun and elegance!” This refreshingly to-the-point advice can clearly be seen in the majority of Battaglia’s outfits, which include a wide variety of dresses that just happen to show off those killer legs and Giovanna’s huge shoe collection to perfection. “My problem with fashion week packing,” Battaglia explained to style.com, “is the editing of my shoes! I can’t leave them home alone!” 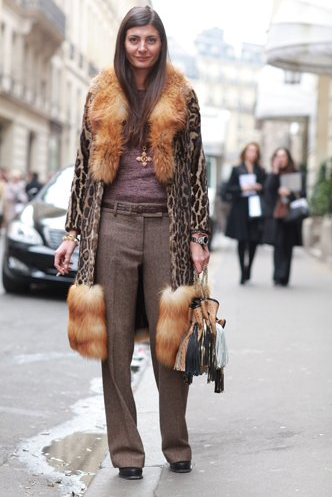 Battaglia is a jet-setting trendsetter who shops on various continents–as well as online due to her busy schedule–and dates Vladimir Restoin-Roitfeld, the son of Carine Restoin-Roitfeld, who recently stepped down as editor-in-chief of French Vogue. Vladimir and his glamorous mother, an arty and fashionable duo if there ever was one, just hosted the AmFar Gala at Cipriani Wall Street to kick off Fall 2011 Fashion Week in New York. Battaglia, for her part, has become every bit as visible as Carine, and in large part due to her ability to put outfits together that are never boring. Instead Giovanna’s mix of classic and bohemian, timeless and trendy, makes her a style icon to aspire to rather than one who is too avant garde for many to relate to. 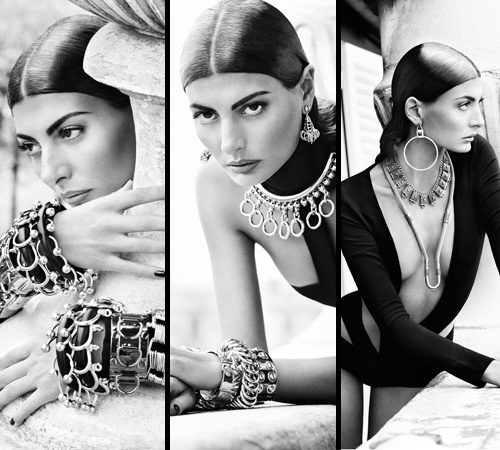 Recently images of Battaglia starring in the Spring 2011 ad campaign for jewelry designer Eddie Borgo have also surfaced. According to Vogue.com the stylist and the designer met two years ago. The art director of the shoot was Julia Restoin-Roitfeld, the sister of Battaglia’s boyfriend. The Lookbook was styled by Keegan Singh and photographed by Paul Maffi.

“Giovanna was very much in my head when I was designing the spring collection,” Borgo told the site about the reason for having Battaglia feature in his Lookbook. “She loves jewelry and is not afraid to pile it on. She also, in her own way, is an example of high-end meets street.” Indeed. 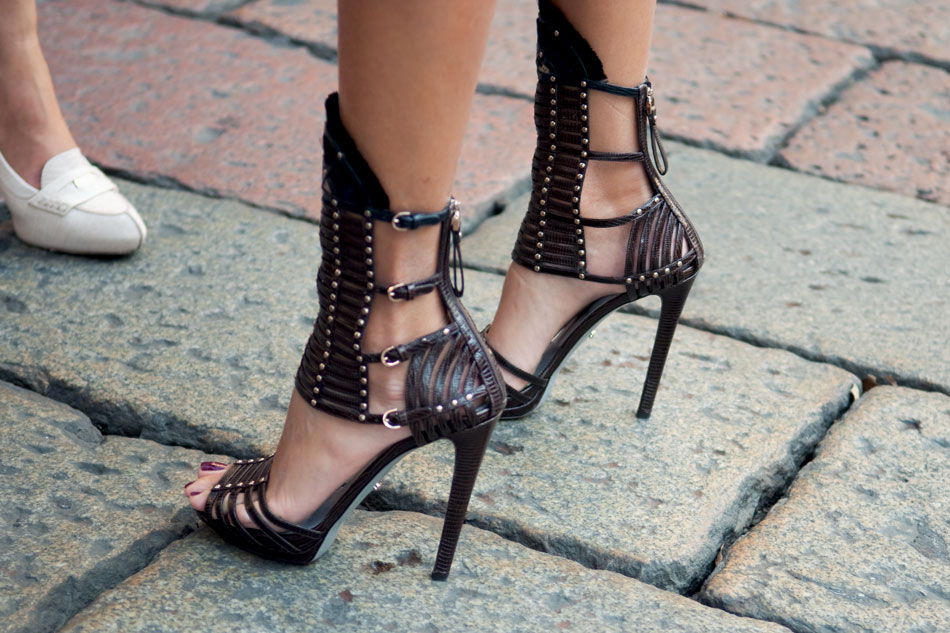 Close Up of a Pair of Battaglia’s Gorgeous Shoes – Photo by Jason Jean (citizencouture.com)

Giovanna Battaglia’s refreshing mix of beauty and style, passion and knowledge, means that she will likely be a poster girl for all that fashionable girls everywhere aspire to be for some time to come.