Rome’s Leonardo da Vinci International Airport (IATA code: FCO), better known as Fiumicino Airport is the largest and busiest of the three servicing the Eternal City. G.B. Pastine Airport, better known as Ciampino (CIA), south-east of Rome is mostly used for chartered, executive, and military flights. The Urbe airport to the north of Rome is where the Aero-club, with its flying school, and the National Civil Air Defense are based.

Rome’s Ciampino inaugurated in 1916, was getting too small to handle international and intercontinental flights, the construction of a new airport at Fiumicino was decided in the 1950’s, and was inaugurated, quite unusually, twice. The first time in 1956, with only one runway more or less operational, and no air terminal yet built. A formal ceremony was held, due to the political and strategic designs of the period to show that the project was near completion for the 1960 Olympic games in Rome.

It took another four years before the airport would officially and solemnly be inaugurated on August 20th, 1960, by minister of Public Works, Honorable Togni. Five days after the start of operations, the Olympic Games began. The first airline to land at the newly born Fiumicino airport, was TWA, with a Constellation inbound from New York. 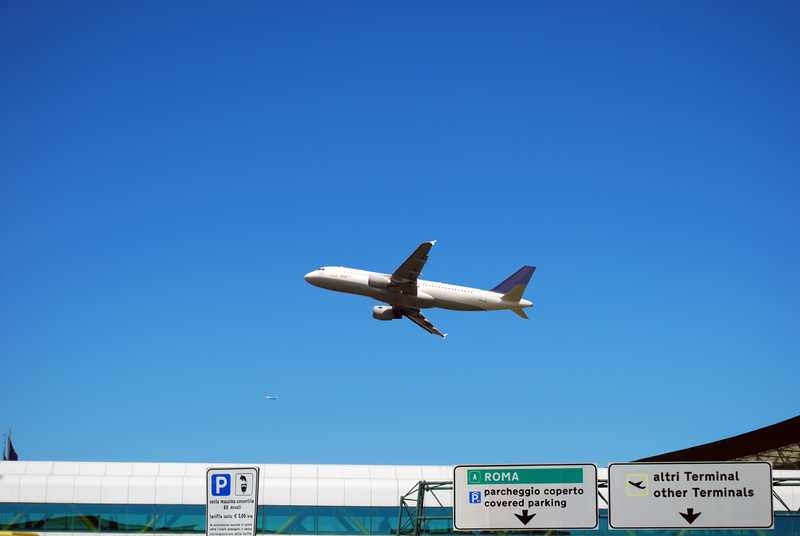 airport of Fiumicino of Rome

Due to the increase of international traffic, the two runways were extended (1970 – 1972) and the air terminal was divided into two levels. An arrival section, located on the ground floor of the air terminal, and a departures section, located on the first floor. In 1974, due to some turmoil created by the over fifty handling agencies, operating the airport, the government decided to bring all of them together under the name of AdR (Aereoporti di Roma SpA). The new organization taking control over cargo, passengers services, catering, baggage handling, cleaners, bars, restaurants and other airport related agencies.

From those years up to the present times, FCO grew considerably. Many new sections were added such as Terminal 5, inaugurated on April 24th, 2008 to accommodate all American airlines outbound for the USA, such as: Delta, American, Continental, United, AA and US Airways. Today there are four runways and the busy airport serves over 35 million passengers a year. 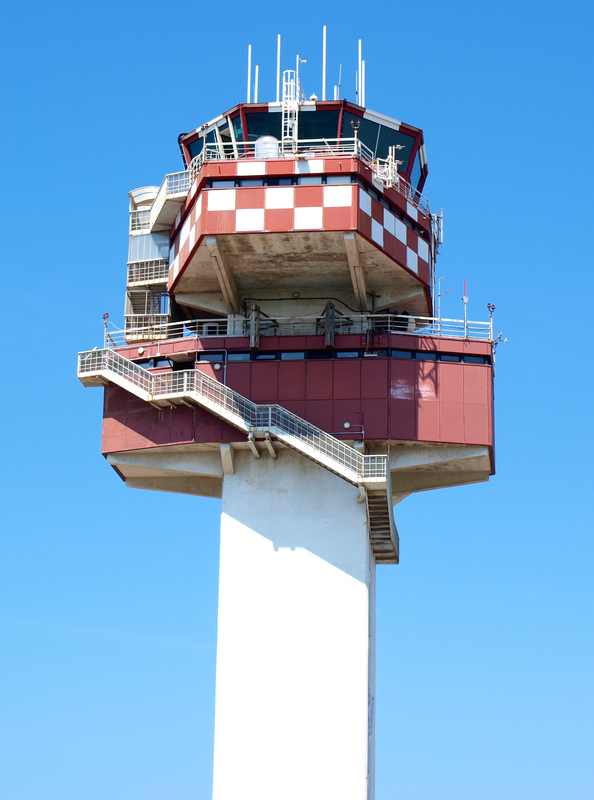 The main terminal consists of: Terminal A: Domestic Flights – Terminal B: Domestic and International Schengen Flights (Schengen Treaty – abolition of boarders control, within the European Common Market), Terminal C: International Flights (extra – Schengen) and, the above mentioned Terminal 5 – or T5 – serviced by shuttles, from and to, the mail terminal.

Shops, restaurants, pharmacy and post offices can be found all throughout the terminals. Other facilities such as: porters, lost and found baggage, lost properties and, if you have a few hours to roam around, you can leave your bags at the Left Luggage Dept. at Terminal C – ground floor. 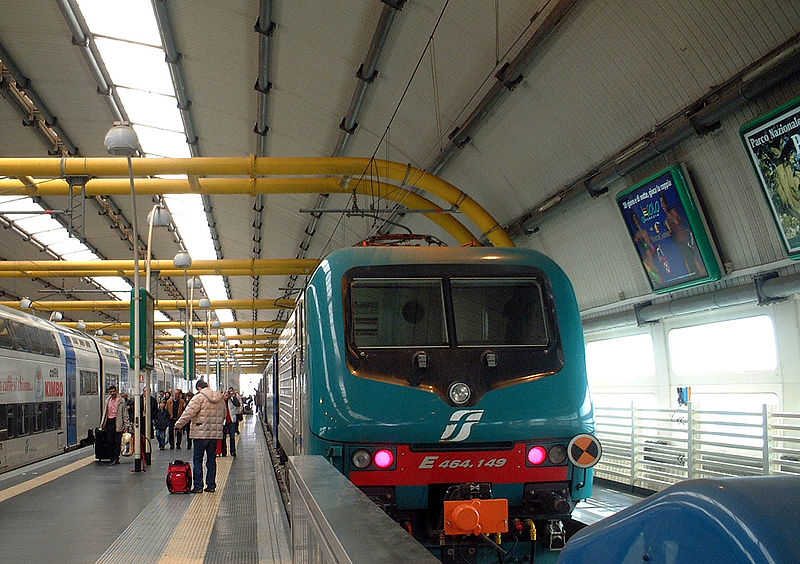 Fiumicino airport / Leonardo da Vinci Airport stands about 32 Km from the city center and   is well served by the 6-lane motorway Rome Fiumicino and numerous buses and taxis. FCO is also is connected by a train called the Leonardo Express, probably the faster way to get to and from Rome on your trip, taking a half hour for a direct trip to Termini Station, Stazione Trastevere and many other locations. Onother option is hiring a limo driver who will come pick you up –

While the train is the fastest and cheapest way into Rome, it may not be the best. If you have a lot of luggage, traveling alone or are in town on business, the train can be stressful and at times, intimidating. However, Life in Italy now offers with our tour partner Romasi an exclusive airport pick up service:

ARRIVALS : For all our arrivals Life in Italy now offers Personal Airport Assistance

Future plans for Fiumicino include further expansion of terminal C – to be completed by 2011 – increasing airport capacity to an approximate 50 million passengers. It will be developed on an area of 4,000 square meters, with a new dock composed of glass and steel tunnels, 24 new boarding gates with large windows looking onto the runways and a large shopping area will be added to the compound. Make sure you check all the important Italian international airports.

Another big project, planned to finish by 2020  will be the construction of a brand new airport near the Lazio city of Viterbo, which will ease congestion at Rome’s old Ciampino. It will be able to handle between six and eight millions passengers, inheriting part of the domestic and low cost flights. The demand for manpower will not only mean more jobs but also new facilities like: hotels, restaurants, businesses and infrastructure improvements.

As you can see with these improvements, Fiumicino and the smaller Lazio airports will be ready to compete with the main European airports, such as London’s Heathrow and Amsterdam’s Schipol regarding size, passengers load and facilities.